Three CFO People Dilemmas: When to Rescue and Retrain, When to Fire 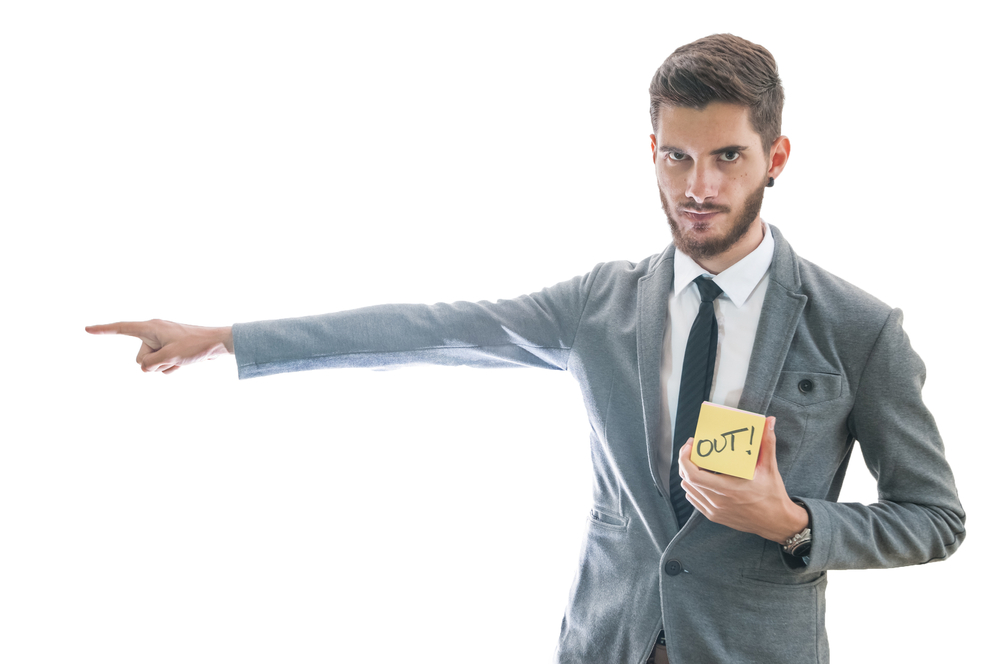 Among the hardest decisions CFOs face are those pertaining to people. Time and again, new executives tell us that their biggest regret in their first year on the job was moving too slowly on talent issues. And longer-term finance chiefs know that not having the right people in the right seats may compromise the execution of their vision.

While there are no simple answers to talent dilemmas, identifying and understanding critical trade-offs and having processes to address them may lead to better resolutions. In this article, we will discuss three talent situations that can disrupt your team and offer approaches to consider.

Sometimes creating an orderly transition just doesn’t work out. The best course may be to follow Machiavelli’s advice to “take the pain over suffering” and exit the individual as soon as possible

Pass over or pass on?

As CFO, you often have to decide which of your team members will be promoted – and which will not. And sometimes you may even have to deal with a passed-over rival on your team.

While Machiavelli suggests executing prior princes and rivals, today we can usually avail ourselves of more civilized, win-win strategies.

It is probably best to begin by having a direct conversation, acknowledging the passed-over individual’s loss, re-recruiting him or her to the team, and framing mutually beneficial expectations and ways of working together.

Ultimately, it is in the interest of you, the newly promoted executive, and the passed-over colleague to work together to achieve success.

Consider this hypothetical case: You name the head of FP&A to be a divisional CFO, passing over the controller. Part of your decision is a lack of confidence in the controller’s ability around treasury issues.

One way to help the passed-over controller is to offer the individual a new responsibility overseeing treasury. Ideally, such a restructuring enhances the controller’s experience while potentially developing a future successor candidate.

While this may be a good strategy, it is not easy to pull off. Implementing the suggested strategy could block other high-potential talent in your organization, for instance. Where a role expansion is not feasible, collaborating with the individual to identify projects that build the relevant experiences can also be helpful.

But when the passed-over individual does not have a clear development role or does not want to develop the skills needed, the next best strategy is probably coming up with a retention or exit plan, as the person will likely want to leave.

A retention bonus can be structured to foster an orderly exit, permitting your team to build the capabilities to fulfill the role vacated. For example, some plans are structured so that a half or a third of the bonus is available in the first two months, with the remainder provided at the end of the first six months or the year. With proper focus, that should be sufficient time to develop interim leadership or recruit a replacement.

While it is generally in the interest of the parties involved to create an orderly transition, sometimes it just doesn’t work out. The chemistry between the passed-over individual and the promoted employee simply may not be there. It is especially problematic if the one who was passed over undermines the values you seek to promulgate.

In such a case, the best course may be to follow Machiavelli’s advice to “take the pain over suffering” and exit the individual as quickly as possible.

The takeaway: The key to dealing with a passed-over individual is to have clarity on possible solutions. Those solutions should be mutually advantageous (that is, you get to develop a more effective team member and the passed-over candidate has an opportunity for career growth). When this isn’t feasible, you may want to undertake a strategy for an orderly knowledge transfer.

CFOs sometimes fall victim to the “rescue fantasy,” where a lot of time is spent trying to save certain staff members, only to find it was better to replace them.

A critical role of every executive is to develop his or her team. But watch out for the rescue fantasy

There are two common variations. The first involves a very congenial, well-liked individual who is not performing at the level required. Conversely, the second variation occurs when there is a talented individual who is good at his or her specialty or execution, but does so in a manner inconsistent with the culture, teaming, and other norms you want to instill.

As rescue efforts do not always succeed and can be costly in terms of time and effort, you have to carefully assess the likelihood of success and trade off such efforts against recruiting staff with the requisite skills and temperament to succeed.

For illustrative purposes, let us name the two problematic individuals Carol and David.

Carol is your congenial, well-liked tax director, but you have concerns about her ability to devise effective tax plans. David is leading your main finance transformation project, but you have heard noises from internal customers and observed some disrespectful behaviors toward his peers.

Carol’s gap appears to be skill-related, and to test this, you assign her a 45-day task to frame a tax plan. David’s issues seem behavioral, so in addition to observing him, you conduct a 360 performance review and informally get feedback from those involved in the project.

As a former tax director, you are disappointed with the plan Carol provides, and you ask her to come back with a revised overall tax plan, limiting the timeline to another 60 days. On David, you get troubling feedback of how he is intimidating his staff and is not an effective listener.

But David is also smart and execution-oriented, and you cannot easily replace him in the midst of the transformation project. You provide David with candid feedback and assign him to a coach for the next 90 days.

At the end of that period, you remain disappointed in Carol’s abilities, and it is now clear she will not gain the expertise to effectively drive the tax plan. David’s case is more troubling. The coach initially notes that David is improving, but another 360 review reveals that he continues to behave in a manner inconsistent with the values you are trying to instill.

While in each case you have made an effort to rescue a key member of your team, based on your observations, you decide to replace both employees. Still, in this rescue effort, you minimized your time in the process, leveraging other resources to help these individuals develop critical skills and modify behaviors as needed.

The takeaway: A critical role of every executive is to develop his or her team. But watch out for the rescue fantasy.

A rescue effort with a direct report should generally maintain an established timeline that helps resolve the situation. In addition, using third-party resources such as external coaches, training programs, and external networks to help individuals develop the skills they lack can give you leverage in rescue efforts.

Let it go, let it go

Given the ever-increasing demands on finance and market trends regarding talent, there are times when you need to shake up your team to either fill a gap or meet new responsibilities.

Whether it is the unavailability of a successor or the unexpected nature of a promotion, the new executive may suddenly be doing two jobs. A strategy is needed to help him or her move forward

But making internal changes, particularly promotions, comes with a downside: Internally promoted executives often make choices that can constrain their time and compromise their credibility. How? They continue to do their old job for so long that it gets in the way of addressing the new job.

Part of the problem is that promotions (especially to C-level roles) are not always well planned. Despite organizational succession programs, unexpected turnover or the need to fill a gap does not give the new executive much time to prepare for the role – let alone prepare the person who will assume his or her current responsibilities.

Thus, whether it is the unavailability of a successor or the unexpected nature of a promotion, the new executive may suddenly be doing two jobs. And while this may be sustainable for a month or two, it can significantly lessen the executive’s ability to do the new job.

A strategy is needed to help him or her end the old job and move forward.

The best case is to have a successor ready to assume responsibility for the vacated role. In some cases, a few one-to-two-hour briefings may be sufficient to inform the successor of the key issues and projects he or she will be taking over.

One suggestion for organizing the discussion is to focus on the essential tenets of transitions:

Talent. Assess the strengths and weaknesses of the current team.

Relationships. Articulate issues pertaining to key relationships, including stakeholders who are supportive and those who are not.

In a case where there is no successor, however, the situation is more challenging. You have to fill the gap between recruiting an external candidate to take the old job, or accelerate the preparation of an internal candidate. Either route can take time.

Two strategies we’ve seen work are delegating as much of the old job as possible to previous and current direct reports, and recruiting interim help until a permanent replacement can be found.

Fortunately, in many markets, it is now possible to get senior executives for a wide variety of roles on an interim basis. While there is some risk – for example, an underperforming outsourced executive – it is an important strategy to consider when trying to protect the newly promoted executive’s time.

In addition, such a strategy may help that executive gain the runway he or she needs to perform effectively in the new role.

The takeaway: Beware of the newly promoted executive continuing to do his or her old job in addition to the new one. Allowing the executive to effectively move forward in a new role may require extensive delegation of the prior role across your team, the use of interim staff, and an honest assessment of the inherited team’s ability to deliver on the future agenda.