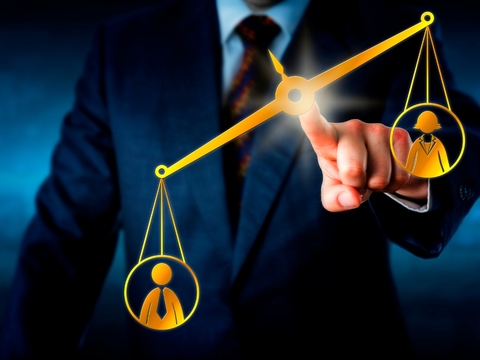 At 19.3%, the overall average gender pay gap in Asia’s mature markets such as Australia and New Zealand is higher than the global gap of 16.1%, but the gap is narrower in growing markets (China, India) at 14.4%, and in fast-growing economies (Indonesia, Vietnam) at 11.5%.

The analysis of its global pay database by organizational consulting firm Korn Ferry also finds that the global gender pay gap is considerably smaller at 5.3% when evaluating men and women’s pay in the same job level such as director. Within the same company, the gap is further reduced to 1.5%.

“And when the male and female employees were at the same level and the same company and worked in the same function, the average gap amounted to 0.5 percent,” according to the Korn Ferry Gender Pay Index, which examined gender and pay data of more than 12.3 million employees in 14,284 companies in 53 countries.

How to reduce the gap

The much publicized pay gap between men and women is real, concludes Korn Ferry, but it is predominantly caused by the fact that there are fewer women than men in higher paying roles.

“Our data show that women earn about 16 percent less than men as a whole, which is a real, significant issue, but this doesn’t paint a complete picture,” says Bob Wesselkamper, Korn Ferry head of Rewards and Benefits Solutions. “While there are still a number of organizations that pay women less for the same role, on average, when we compared women and men in the same job, the gap is significantly reduced.”

The pay gap issue can be remedied, he says, “if organizations address pay parity across the organization and continue to strive to increase the percentage of women in the best-paying parts of the labor market, including the most senior roles and functions such as engineering and other technical disciplines.”

Interestingly, women are paid slightly more than men in fast-growing markets – the average gap is minus-1.3% when considering the same level at the same company. “When male and female employees at the same level and same company worked in the same function in fast growing markets, the average gap works in female employees’ favor at minus-3.1 percent,” says the report.

“Pay parity is still a very real issue, but it’s an issue that can be addressed if there is an ongoing effort to enable, encourage and select talented women to take on and thrive in challenging roles,” says Dhritiman Chakrabarti, Regional Rewards and Benefits Leader for Asia Pacific, Korn Ferry Hay Group.

“Our research shows women have the skills and competencies needed to ascend to the highest levels within organizations, and it should be a business imperative for companies to help them get there.” 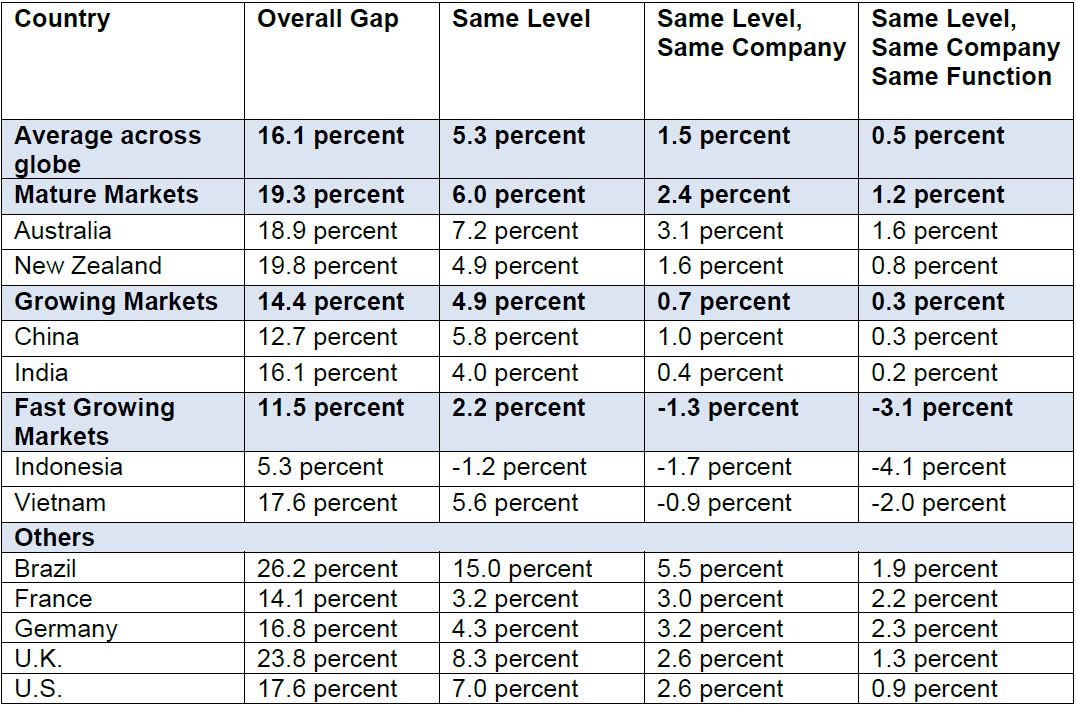