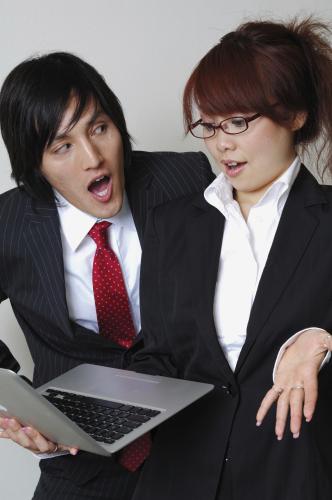 For some reason, I have been asked lately to be a sounding board for CFOs who are looking to change jobs. One flew over to Hong Kong from Shanghai, a second one is right here in Hong Kong, and the latest person is in Singapore.

The Shanghai CFO is in his 30s and feels he has to make a move now before his children start school and he loses the flexibility to change companies and cities. The Hong Kong finance chief, an expat, was let go in favor of a controller-type who had accepted local terms, while the Singapore finance professional is exploring his options after his company merged with another firm.

Given the tight supply of finance talent in most of Asia, particularly at senior levels, I think the chances are good that these three CFOs will end up with several job offers. So I thought we should cut to the chase. How much should they ask for?

Jack Chapman, author of Negotiating Your Salary: How to Make $1,000 a Minute, identifies four basic tenets of salary negotiations:

The first offer you hear is [almost] never the best offer

Even ‘take it or leave it' offers can be improved

One thing to remember, writes Chapman, is that “it’s a human being who makes the decision. It isn’t a cut and dried assessment; it’s a rational-emotive process that takes into account many factors which aren’t always fair or logical.”

What are some of these factors?

Urgency: The business is losing money because the production line is down or the competitor’s sales people are closing deals daily. The company may be willing to get someone now at whatever price.

Weariness: The company is plain tired of interviewing and may now loosen up the salary budget.

Internal Politics: Could this be a pet project of the top brass? Is visibility more important than profitability? If so, the employer may be willing to overpay for this position to ensure success.

Employer’s Reputation: Maybe the hiring decision-maker has been accused of not being able to hold on to good people and so wants to correct that perception by providing extra incentives for someone to stay.

Ramp-Up Speed: An employer may be willing to pay more for someone who learns very rapidly.

Supply/Demand: Employers might pay above average rates to hire and retain candidates who are in high demand.

Special Skills: What if, in addition to the required skills for today, the candidate has skills the employers will need tomorrow?

“Your awareness of these factors, and your ability to offer informed arguments that address an employer’s real concerns can add thousands of dollars to your final offer,” says Chapman.

Rules of the Game

He also makes suggestions to guide salary negotiations. Among them:

Postpone salary talks until there’s an offer on the table. When the prospective employer asks what your salary requirements are or how much you are currently earning, they are gathering information about your likely expectations. “Too high and you’re screened out,” says Chapman. “Too low and you’ll lose money on the initial offer or you’ll be eliminated as underqualified.”

The advice is to discuss salary only after the job position has been defined and you are certain that the company knows and understands the value you will bring to the organisation. You can tell your potential employer: “All I require is a competitive salary . . . I’m confident the salary will take care of itself if I’m the right person for the job.”

Let the other party name a figure first. If your priority is to secure any offer, then go first. If not, let the employer name a number. This way, says Chapman, “you have a firm starting point” that you can then bump up 5%-10%, which is apparently the general practice in the US. Additionally, there is the chance that the employer will name a figure that is more than you were going to mention.

Repeat the employer’s offer and be quiet. “If they have given you a low-ball offer and they know it, now is the time for them to increase their offer,” says Chapman.

Establish your individual value. If you feel the company’s offer is under market, share your research into the range of salaries (and benefits) companies are paying for your position. Chapman recommends PayScale, a US website created in 2002 that claims to have the world’s largest database of online employee salary data. To access the data, you need to answer a series of questions, including your current salary and benefits (which are then included in the PayScale database).

In Asia, there are other sources of salary information based on surveys by recruitment and human resources firms, such as the Finance and Accounting Asia Pacific Salary Guide by Robert Half. CFO Innovation wrote about the salary ranges for CFOs in different organisations and markets in "Asia Salary Trends: Are You Paid Enough?"

Chapman is an American specialist who operates in the US. The Asian environment is somewhat different. To begin with, according to the 2010/2011 Robert Half survey, many in Asia never negotiate their compensation packages. The majority (51%) of Robert Half respondents in Singapore, for example, say this is the case. Across the Asia Pacific, the proportion of finance and accounting professionals who say they don’t negotiate their salary and benefits stands at a significant 29%.

“It is interesting to note that more than half (55%) of Asia Pacific finance and accounting employees believe it necessary to switch jobs in order to gain greater bargaining power in salary negotiations,” notes the report. “This was a particularly prominent belief with Singapore respondents (72%), whereas New Zealand employees are far more loyal, with only 46% believing that a job change is the best way to increase their salary.”

That’s yet another piece of data for the finance professional in Asia seeking greener pastures in their current company or elsewhere. If your firm is not granting you the pay rise you believe you deserve, perhaps it’s because you tend to follow the Singapore school (never negotiating) rather than the New Zealand approach (67% of respondents there negotiate their compensation once a year).

Whether you’re staying put or looking at other opportunities, there’s nothing wrong with being upfront about what your salary expectations are. Don’t forget incentive bonuses and health, insurance, housing and other benefits as well.

And when it is you as CFO that is negotiating with a current finance manager or potential new hire about his or her compensation package, it is good to remember what it is like when the shoe is on the other foot. Chapman’s rules can work both ways.

Cesar Bacani is the Editor-in-Chief of CFO Innovation.