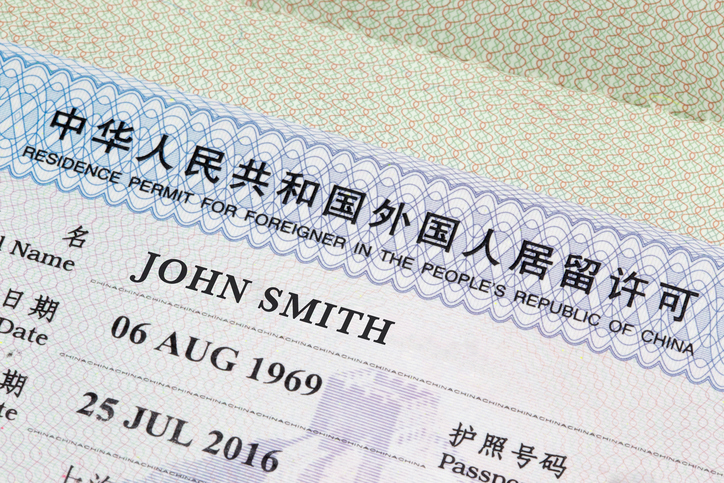 On February 6, 2017, the Ministry of Public Security of the People’s Republic of China (MPS) announced that it would launch a joint effort with 20 departments to assess methods to improve the practical utilization of foreign permanent residence cards in China. The MPS also confirmed that a new version of the foreign permanent residence card, also known as China’s ‘Green Card’, will be available this year.

On the same day, President Xi Jinping held the 32nd meeting of the Central Leading Group for Comprehensively Deepening Reform (CLG), where senior Chinese officials approved a set of reform proposals, including a decision to upgrade the security and identification features of the new green card.

Both the MPS and the CLG’s efforts aim to effectively implement existing policies concerning benefits of foreign permanent residents, who will be granted the same social and economic rights as their Chinese counterparts.

Many card holders have found it difficult to conduct official business in China by using their Green Card, even though the card is a legal form of identification documentation and a substitute for a passport

By upgrading its Green Card policies and enhancing the implementation of existing immigration regulations, China hopes to nurture a friendly working and living environment. The effort is part of a bid to attract high-end talent from a wide range of professions, injecting technological and entrepreneurial resources to support the country’s economic reform during the so-called stage of the “New Normal”.

With reform deepening in today’s China, it is not only existing green card holders who should keep up with China’s immigration policies. Foreigners working in China or those who are considering business opportunities should also examine the ongoing reform to be equipped for future immigration decisions.

China began issuing permanent resident permits in 2004. However, it wasn’t until eight years later, in 2012, that the central government issued regulation conferring on Green Card holders the same social and economic benefits as Chinese citizens.

In September 2015, the CLG issued an “Opinion on Strengthening the Administration of Permanent Residency Services for Foreigners,” which provided guidelines for the reform of immigration policies.

Following approximately a year’s analysis of the reform, the Ministry of Public Security released the “Regulations for the Administration of Foreign Permanent Residency (Draft),” which lowered the Green Card application threshold, streamlined the application procedures, and clarified the social and economic treatment of foreign permanent residents.

The draft is currently under review by the State Council. Once approved, governance of foreign permanent residency in China will be incorporated into the law.

But during this transitional period, many card holders have found it difficult to conduct official business in China by using their Green Card, even though the card is a legal form of identification documentation and a substitute for a passport.

There is an operational gap between what has been stipulated in the regulations and practice. Over the past few years, the MPS has been working across departments in an attempt to strengthen the security and identification features of the Green Cards.

The new version of the Green Card is an effort to resolve the aforementioned issue and to ease foreign permanent residents’ life in China.

As stipulated in the draft, Green Card holders receive the same rights as Chinese citizens in areas such as education, social welfare, housing, business formation, banking and travel. Below is a list of some of the key benefits listed in the draft:

Identification Feature: Permanent foreign residents can use the new Green Card as a proof of identity to conduct residency services in sectors of finance, education, medical care, transportation, telecommunication, employment, tax, social insurance, property registration, litigations, and other services where an ID is requested at the counter.

If the government can send the message concerning Green Card status to downstream officials, these amendments may be useful for long-term expats in China

Entry and Exit: With a passport and Green Card, entry and exit can now be made through China’s customs without a separate re-entry visa. The new Green Card saves time and expense needed for getting a re-entry visa.

Employment: With the Chinese Green Card, holders are able work in China without applying for a separate work permit. Green Card holders are also allowed to participate in construction projects and science research projects that are associated with high-level of security clearance, as long as it is approved by related governing bodies. They are also eligible for government awards in fields of natural science and technology innovation.

Investment: Green Card holders enjoy the same investment advantages as other foreigners in China. They can establish or acquire companies via technology or capital investment.

Since the draft is undergoing rigorous discussion and review with multiple government agencies, it is worth our attention to monitor whether the draft revision will lower the threshold of Green Card applicants and provide more details and guidelines for the benefit of foreign permanent residents.

At least one thing for sure is that China’s government is making efforts to optimize the immigration rules for foreign permanent residents and their treatment. By ensuring the effectiveness of the Green Card, the Chinese government is increasing its ability to attract top-tier foreign talents across the globe to benefit the country’s economic reform.

If the government can send the message concerning Green Card status to downstream officials, then these amendments may be useful for long-term expats in China. But the gap between issuance and acceptance by officials needs to be closed in order for the Green Card to present real value.

Dezan Shira & Associates is a specialist foreign direct investment practice that provides advisory services to multinationals investing in emerging Asia. This article first appeared in China Briefing, and was re-edited for clarity and conciseness. For further details or to contact the firm, please visit www.dezshira.com.