Less than Half of Firms in Asia Pacific Get Compensation Right 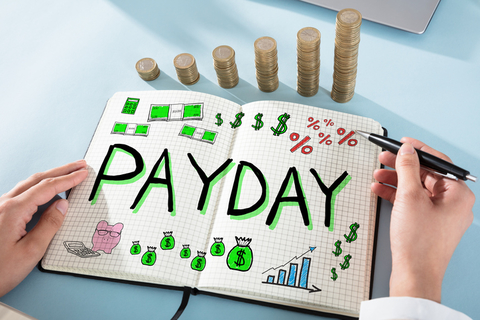 Less than half of the organizations in Asia Pacific reported that their base salary programs are effective at differentiating pay and driving higher individual performance, said risk management, insurance brokerage and advisory firm Willis Towers Watson recently.

Limited budgets (61%), manager capability (49%) and limited differentiation in base pay to drive performance (37%) were identified as top challenges in designing an effective pay-for-performance program, according to the results of the firm’s 2018 Getting Compensation Right Survey.

In addition, many employers in the region may be using multiple factors to determine the base pay increment, said the firm, adding that factors that are most likely to be considered include achievement of individual goals, year-end rating, criticality of the role, and possession of skills critical to future business success.

“The complexity in base pay programs will likely continue in the region, which isn’t bad as it is positively related to effectiveness, said Trey Davis, Regional Leader for Executive Compensation, Asia Pacific, Willis Towers Watson. “Furthermore, many companies will consider even more factors when making pay decisions in the future, such as achievement of team goals and individual’s perceived potential.”

Employers need to determine how they can better equip their managers to make appropriate base pay decisions, including the tools and technology that they need to be in place to support their decision making,” he advised.

Firms need to clarify how base pay is determined

When it comes to meeting employee expectations for compensation, employers must clarify how base pay is determined, improve the differentiation of incentives, make effective use of technology, prioritize fair pay and build a culture of pay transparency, the firm pointed out.

“Decisions around pay, however, are becoming more complex, and many employers say their base pay and short-term incentive programs are falling short of expectations. Not surprisingly, changes to these and other related programs are on the horizon for many companies,” she added

The survey also found that a majority of Asia Pacific employers give themselves high marks when it comes to having formal processes in place to prevent bias or inconsistency in their hiring and pay decisions.

About three quarters of respondents have established formal processes across a range of areas, including performance review (77%), hiring decisions (76%), starting salaries (74%) and base pay increases (74%).

Despite giving themselves high marks, only one in five organizations (22%) in this region have formally structured and managed Inclusion & Diversity (I&D) programs targeted at diverse employee populations. Japan, Australia and India are leading the region in this aspect, while greater China market is lagging behind.

When it comes to gender pay equality, for example, women are still paid significantly less than men on average, the firm said.

“The major factor affecting the pay gap between men and women is that there are fewer women taking senior roles in organizations,” Fang noted. “We observe that women represent less than a quarter of the top management roles within many organizations and the biggest disparities are observed in India, Japan and South Korea.”

In addition, only 13% of employers in Asia Pacific believe that addressing gender pay equality will become a more important factor in making base pay decisions over the next three years, according to the survey.

This varies significantly from companies in Europe (39%) and North America (41%). The firm said.

In addition, only 36% of Asia Pacific employers responded that they have or are intending to conduct a gender pay or pay equity diagnostic, compared to almost 60% globally.

“Fair pay is a moral imperative, and also makes business sense for employers as it ensures that companies can have access to the best talent available in the market,” Davis pointed out.

“Companies must be aware of the increasing potential for legal or reputational costs due to maintaining even unintentionally discriminatory pay policies and practices,” Fang advised. “All employers should conduct a thorough pay equity review to help them understand whether they have fair pay or gender gap issues, where gaps may exist and their underlying causes, and to make fair pay an integral element in their organization’s compensation programs.”