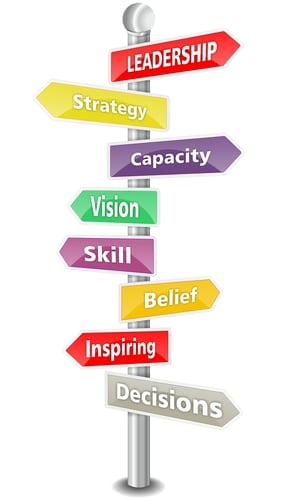 Joseph Folkman likes to tell this story about Michael Eisner, the former CEO of the Walt Disney Company. One day, Eisner was giving a tour to some executives around Disneyland, and saw a piece of garbage on the ground. “He leans down, picks it up and throws it into the trash can,” recounts Folkman, a psychometrician, best-selling author and co-founder and president of US human resources firm Zenger Folkman.
“The only reason I know of this story is because a couple of his employees saw him do it,” Folkman continues. “The next day, everybody knew what he did. The message: At Disneyland, which is one of the cleanest places in the world, garbage is everybody’s business, even the CEO’s.”
Folkman tells this story to illustrate one of ten attributes of what he calls the “extraordinary leader” – someone who inspires and motivates his or her team by:
“One of the real problems for some leaders is that they ask people to do things that they don’t do,” says Folkman, who was recently in Hong Kong. “They tell people, ‘We’ve got to cut expenses,’ and they turn around and fly in business class. Or they say, ‘We really appreciate everybody’s job around here,’ and then they treat people as if they didn’t matter.”
What the psychometrician saw
The issue of acquiring and exercising leadership skills is front and center for CFOs these days. The remit of the finance function is expanding beyond bean-counting to analytics and business partnering, and this calls for the recruitment and retention of a new breed of finance talent. The CFO needs to drive the finance team not only to deliver on the new expectations, but also persuade the rest of the organization to accept finance’s new role and act on its recommendations.
So how do you become an extraordinary leader? Folkman approaches the question as a psychometrician, whom Zenger Folkman describes as “a person who practices the science of measurement to statistically derive an individual’s psychological attributes or organizational characteristics, including the knowledge, skills, competencies and attributes individuals and organizations need to excel.”
There are literally thousands of measurements that Folkman can tap. Since it was founded in 2003, Zenger Folkman has been working with the world’s biggest companies, including Boeing, General Mills and the Marriott Corporation, on developing the leadership skills of C-level executives and middle managers. Reams and reams of data were generated in the course of those engagements.
Folkman and co-founder John H. Zenger have written several books based on their work with hundreds of companies, including The Extraordinary Leader and The Inspiring Leader. One study looked at two dimensions of leadership: “driving for results” and “inspiration and motivation.”
“There were about 700,000 raters of 35,000 managers,” Folkman explains, including a data set out of Hong Kong. About 65% of the firm’s database are companies in the US, with the rest in Asia, Europe and elsewhere. On average, each manager had about 13 people who rated them, among them their boss, their peers, direct reports and others.
The managers were ranked in terms of their effectiveness as leaders, the financial performance of their companies, customer satisfaction ratings and other metrics. The study also looked at their attributes, which were categorized as either “inspiring and motivating” or “driving for results” (meaning setting targets and making sure the targets are met or exceeded).
Driving vs. inspiring
The results are interesting, says Folkman. If a manager’s strength lies in inspiration and motivation (pull), but not in driving for results (push), the probability that he or she would be rated an extraordinary leader (that is, rated in the top 10th percentile of all 35,000 managers) is just 10%.
On the other hand, if the manager is focused on driving results but is weak on inspiration and motivation, the probability that he or she would be in the 10th percentile was only 5%.
But if the manager is described as possessing attributes for both driving for results and inspiring and motivation, the probability that he or she would be in the 10th percentile shoots up to 85%.
What the analysis shows is that managers must push – “tell people to do this, do that, set deadlines” – and must also pull (“get people to want to do things”). Says Folkman: “If a leader is good at pushing, if they really drive hard for results, we’re not telling them to stop. We’re saying it’s a good thing. What we are saying is, keep pushing and start pulling.”
“Oftentimes, people get the wrong message,” he adds. “When they hear us talking about inspiring, what they hear is, ‘stop pushing.’ They resist it because they know, ‘I have to push, I have to push.’ We’re saying, keep pushing, but also start pulling.”
How to inspire
Managers generally know how to push. “Most people are naturally pretty good at driving,” says Folkman. “The pulling part is the hardest part.” But here again, the psychometric approach is helping light the way.
Analyzing data sets involving 183,463 people who rated 14,466 leaders, Zenger Folkman researchers identified ten “companion behaviors” that they found are strongly associated with the ability to inspire and motivate others (see chart below). These behaviors were culled from nearly 100 attributes that were measured and ranked, and then further assessed using factor analysis.
Ten companion behaviors linked to being an inspiring leader 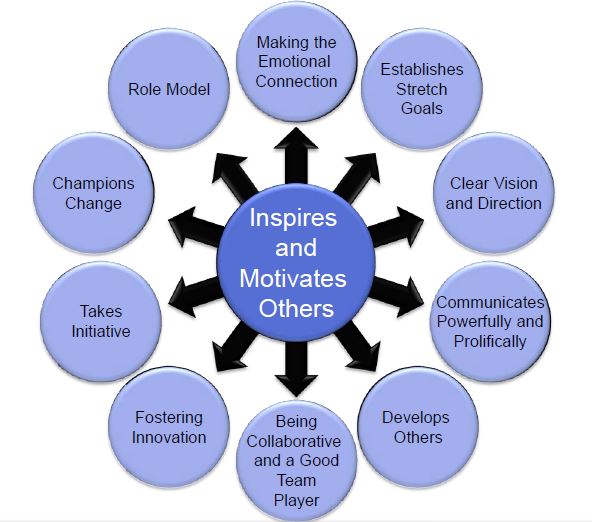 Source: Zenger Folkman
The attributes are mostly self-explanatory. If you’re not being a role model, as exemplified by Walt Disney’s Eisner, “you can imagine what that does to your ability to inspire,” says Folkman. And if the emotional connection you establish with your team is more negative than uplifting, you will not get the best out of them.
“If the boss comes to work upset, frustrated, angry, that spreads like the flu,” he points out. “But if the boss comes to work passionate, excited, willing to help and glad to be there . . . Your emotions are contagious. Bring your positive emotions to work.”
He understands why some managers may want to put distance between themselves and their team. “People worry that they will be taken advantage of because of that emotional connection. But I don’t think people need to set a distance to be respected. I think the way you build real respect is with people where they value you.”
“If you think about the people that you’ve really worked hard for, the people you’ve gone out of your way for, the people that you give 150% for, was this somebody that was emotionally distanced to you? Inevitably it’s not. The people that you really busted your guts for, you have that emotional connection.”
Beware the fatal flaw
And the inspiring leader does not need to be profoundly strong in all ten behaviors. “Focus on two or three,” counsels Folkman. “Usually, there’s one or two that click for people, that fits their situation. What we want you to find is one that fits the situation you’re in and where you have some passion or energy or excitement.”
Indeed, Zenger Folkman’s analysis of its data sets indicates that a manager that exhibits profound strengths in three of the ten behaviors raises his or her rated leadership effectiveness to the 81st percentile (see below).
Three strengths raise leadership effectiveness 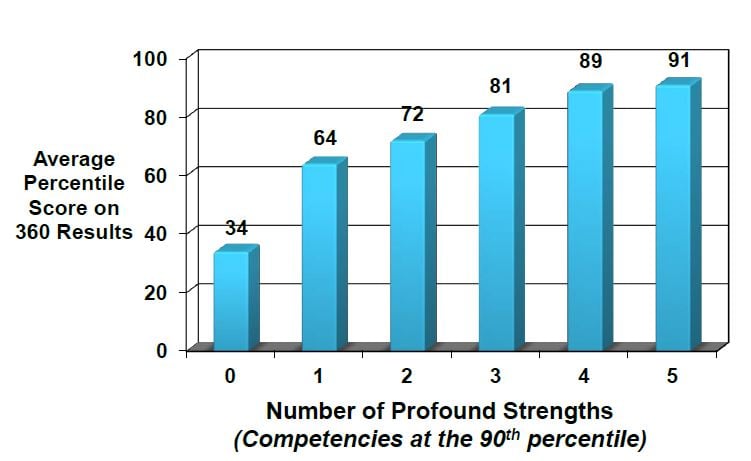 Source: Zenger Folkman
“There’s one small caveat,” says Folkman. If there is one behavior where you are terrible at, a fatal flaw, as it were, the whole house of cards can fall down. “I don’t think you have to be spectacular at communicating, for example, but you can’t be terrible at it,” he says. “If one behavior is a fatal flaw for you, it can crater the whole thing.”
About the Author
Cesar Bacani is Editor-in-Chief of CFO Innovation.