Leadership: Lessons From the Military -- and P&G 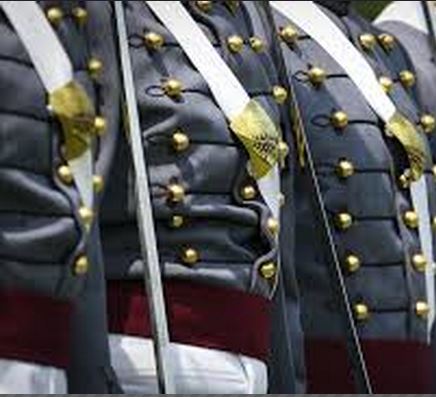 When Bob McDonald was a cadet at the US Military Academy at West Point in the 1970s, he was taught there were only four acceptable answers when questioned by senior cadets: “Yes, sir”,“No, sir”, “Sir, I don’t understand” and “No excuse, sir.”
When asked to explain an offence, wearing muddy boots which violated the dress code for instance, saying “Yes, sir” does not help, and “No, sir” could constitute defiance and insubordination and lead to dismissal.
As for McDonald, he opted for “Sir, I don’t understand” in such situations so often that his officers suspected he was hard of hearing, and he was sent for tests. The young cadet’s hearing was fine, but it was also then that he realized the right answer was “No excuse, sir”.
“‘No excuse, sir’– that’s a powerful answer,” says McDonald, who graduated from West Point and served for five years as a captain in the US Army. He then went on to become Chairman, President and CEO of the world’s largest consumer goods company, Procter & Gamble (P&G).
“It’s powerful because implicit in that answer is the idea that you won’t let it happen again. What kind of leader would you work for? A leader who takes responsibility? Or a leader who, when something goes wrong, says ‘it’s not my fault’?”

Bob McDonald (left) with SMU Executive Chairman Ho Kwon Ping
Risk in perspective
Character is the most important trait of a leader – that is one of 10 beliefs about leadership that McDonald has developed from his life experiences. He was speaking at the inaugural talk of Singapore Management University’s Social Leadership Series in February this year.
Having lived in many countries as a P&G executive – four years in the Philippines, six years in Japan and two years in Belgium – he is convinced that “diverse groups of people are more innovative than homogeneous groups.”
After 33 years in P&G, during which the company’s annual sales grew from US$10 billion to US$84 billion, McDonald notes that “organizations must renew themselves”, a belief borne out of P&G’s success in keeping up with globalization and constantly changing market conditions.
However, one of his experiences as a soldier tops the rest.
“Once, I almost died during a parachute jump,” he recalls. “There was this colonel whom we called a ‘five-jump commander’ – they had been to jump school and done the minimum five jumps that qualified them to wear the wings. I had about 60 jumps at the time.”
“We had new steerable parachutes, which could make it dangerous. He steered his parachute into me, causing mine to collapse. I landed with him and we were both slightly injured. What that taught me was that ‘nothing in business can be that bad’.”
Knowing when to go
McDonald's desire to manage by his values and beliefs likely played a part in his decision to retire from P&G last year, following market grouses over the company’s lackluster performance. The failure to deliver revenue growth to a promised US$102 billion by 2013 from US$75 billion when he took over as CEO in 2009 – P&G pulled in US$83.7 billion instead – put him under pressure.
To make matters worse, net earnings fell in the three years that he was in charge, from US$13.4 billion in 2009 to US$10.8 billion in 2012.
Shareholder dissatisfaction with McDonald intensified to a point where he deemed it a “distraction” to the company, and he offered to retire after more than three decades of service. “When we get to a point where too much attention becomes a distraction, it’s time to change that dynamic,” McDonald wrote in a memo to company employees ahead of his retirement.
When patience does not pay
“As I look back,” McDonald said in a media interview following his departure from P&G, “I wish I’d had the benefit of hindsight and done the things we've done recently earlier."
McDonald was referring to a US$10 billion cost-cutting program and new products that helped boost revenue and market share. When P&G closed its 2013 financial year on June 30, 2013, the same day McDonald left the company, some of the measures were starting to show results – operating and net income were up following a three-year slump, while the financial year ended with what P&G describes as “improving market share trends.”
However, P&G’s net earnings in the six months since McDonald’s retirement have been inferior compared to the same period a year ago. It shall remain unknown whether the company could have maintained its positive momentum had McDonald stayed on, but the former army Ranger learnt another lesson from the experience.
“It’s taught me to be even less patient than I was before,” he says. “Patience is something you just don’t have time for in business. Too often, we can become too patient to get things done. The world is moving quickly. The markets are moving quickly. Patience is not necessarily a virtue.”
Leadership beliefs
In his 30-minute presentation, McDonald summed up five of the ten leadership beliefs in his current values system:
Living a life driven by purpose is more meaningful and rewarding than meandering through life without direction. Avoid living life reactively rather than proactively. The pace of modern life and overload of communication tends to give us so much to react to that we do not have time to address our priorities.
Companies must do well to do good and must do good to do well. This, he suggested, is a positive and virtuous cycle.
Character is the most important trait of a leader. Put the needs of the organization above your own and take personal responsibility for the organization’s results. He also quoted from the West Point Cadet’s Prayer: “Help me to choose the harder right, rather than the easier wrong.”
Diverse groups of people are more innovative than homogeneous groups. Creativity is often the result of making unexpected connections between concepts and experiences. Diversity creates disparate nodes which facilitate this process.
Organizations must renew themselves to stay relevant. Recruiting and training are top priorities. What differentiates those who succeed from those who don't is the ability to learn.
About the Author
[email protected] is an online resource that offers regularly updated business insights, information and research from a variety of sources, including interviews with industry leaders and Singapore Management University faculty. The resource can be accessed at http://www.smu.edu.sg/perspectives. This article was re-edited for clarity and conciseness.
Read more on
professional development human capital management