Landing Your Dream Job: From Cover Letter to Interview 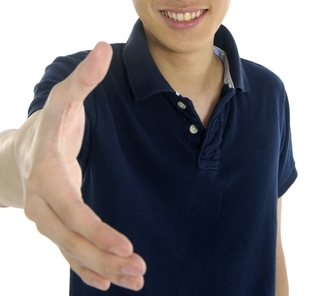 Look back at the reams of résumés you’ve written and also the CVs that you’ve read in the process of assembling your finance team. Which ones stood out in a good way? And which documents made you shake your head – and went straight to the oval file (that is, the bin)?

In a recent survey, jobs site CareerBuilder asked hiring managers in the US to recall the most memorable or unusual résumés they have received. Some of the answers:

However, being creative isn’t always a bad thing. Here are some examples of unusual resumes that paid off:

What to Hide – and Reveal

Rosemary Haefner, vice president at CareerBuilder, reiterates the obvious. A standout résumé can spell the difference between getting an interview and being lost in the pile.

“Hiring managers will notice and spend more time with résumés that are easy to read and which include relevant experience customized to the position,” she stresses. “Creativity and personal touches may seem tempting to some job seekers, but many times, it’s a disqualifying distraction.”

This is true for Asia as it is in the US, says Brian Moore, who has over 20 years’ experience headhunting C-suite executives across the region. The first commandment anywhere you are in the planet: Thou shalt not misspell, especially the name of the company you want to join. At the least, make sure to run your résumé through Spellcheck.

Include all your roles in your employment history. If you joined a company then left after six months, don’t leave it out. Instead, be honest and open and explain what happened, instead of trying to make the post vanish. A new employer will find it hard to believe anything that a finance professional says when it is discovered that he or she tried to hide part of their work history.

Moore also cautions against disclosing negative information in the résumé about current or previous employers. “I’ve been approached by numerous CFOs who want to leave their current company or have left a previous employer because of dubious finance practices,” he says. “Some were being asked to sign off on accounts that they know are ‘cooked.’”

“It’s okay to share that [verbally] with a search consultant that you trust, but never disclose it in your CV,” Moore says. There could be legal pressure put on you by the employer you cast in a bad light – and doubts raised in the prospective employer’s mind about your discretion and judgment.

What About the Cover Letter?

It’s not only the résumé that needs to make a strong first impression. Your cover letter is just as essential. Career Advice, another job site, enumerates five of the worst things you can include in the cover letter:

Next to nothing. Although writing something that is too long is a common mistake in a cover letter, writing next to nothing can be more damaging.

Personal stories. While some employers are sometimes interested in personal stories, try to save them for the interview. When you tell them, be prepared to give a solid example. Your hobbies, for example, can tell the hiring manager how you might fit into the job.

Arrogance. You are expected to talk yourself up in the cover letter, but be careful that it doesn’t turn into bragging. Explain using clear examples why you refer to yourself as a ‘rock star in auditing’.

Wrong company name/wrong cover letter. These are very common mistakes, but also easy to avoid. Check before you send.

Cultural preferences. Job hunting is often compared to dating; it is about finding the right match. But stay away from typing your personal likes and dislikes in a cover letter, as it will not get you the job

Even if a candidate passes the résumé and cover letter screening and gets called to a job interview, it doesn’t mean he or she will make a good impression in person. Here is a list of outrageous interview mistakes candidates have made.

Moore once interviewed a candidate in Hong Kong for a recruitment consultant position: “After I had interviewed him at length, I asked him why he was interested in our firm,” he recalls. “He said he had always wanted to work for Morgan Stanley as they are such a prestigious investment bank.”

“I said ‘Sorry, we are Morgan & Banks, a recruitment firm, not Morgan Stanley.’ We decided to keep looking.”

These are Moore’s top five tips for a successful job interview: