How to Harness Your Emotions For Peak Business Performance 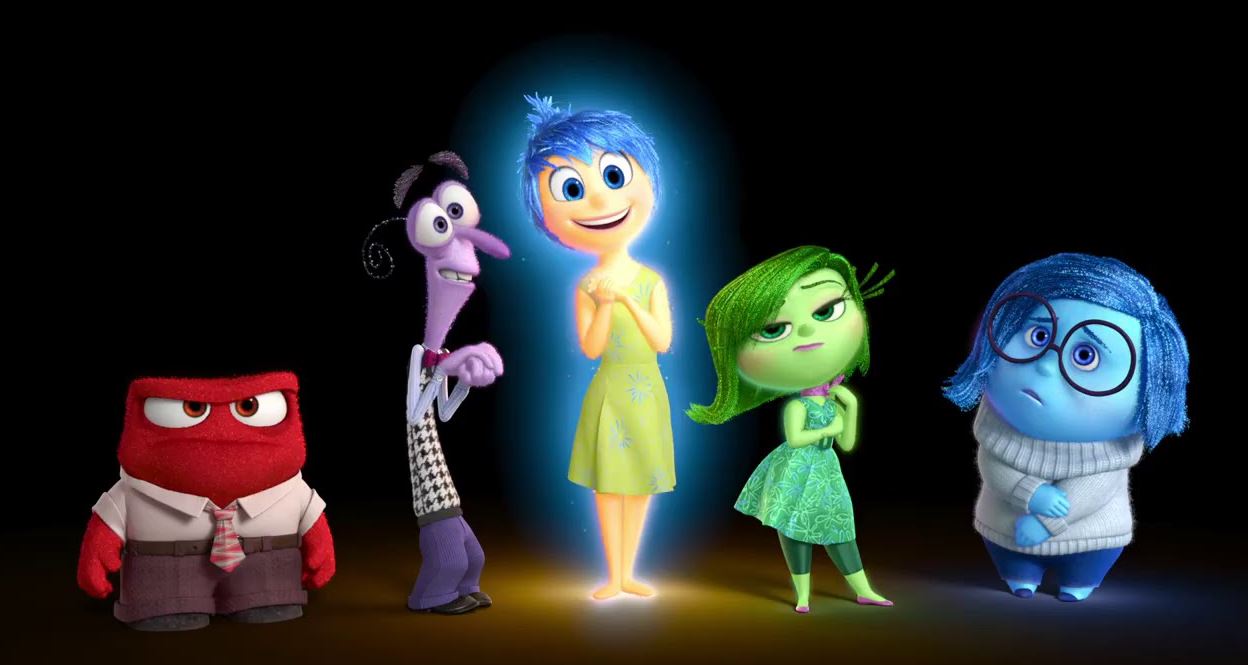 Corporate salaries and executive performance bonuses are usually tied to what is delivered. And, on one level, that makes sense. After all, as the saying goes, you can only manage what you can measure.

But it's harder to measure the quality of leadership without some means of quantifying it.

The obsession with measurement and the addiction to tasks and targets has contributed to a shift in the executive mindset. Leaders are increasingly goal-oriented, so much so that they lose touch with their inner feelings and become "human do-ings," rather than human beings, said Alan Watkins, CEO of leadership consultancy Complete Coherence.

"You can lift your troops just by powerfully radiating your emotional state. It can magnetize other people to shift to the same emotional planet”

Leadership is an inside-out game; it starts with who you are as an individual. Our identity is deeply rooted in our biology and emotional life. If we become more biologically coherent and develop greater emotional intelligence, we can improve our performance, make better decisions, and become more authentic.

In addition, getting a grip on our emotions gives us much greater control of our motivations and can help us motivate our teams to deliver so much more.

Watkins knows this well. The neuroscientist has applied his medical and scientific training to help executives and high-caliber athletes perform under intense pressure and function brilliantly as a team.

In the run-up to the 2016 Summer Olympics in Rio de Janeiro, Watkins helped some of Great Britain's rowers develop the right mental state for the events, as well as to build stronger relationships within their crews and with their coaches to unlock optimal performance.

His lessons are based on a simple premise. "We like to delude ourselves that we are logical, rational beings making logical, rational choices," Watkins said. "But that's not how the brain works. In neuroscience terms, all decisions are driven by a feeling, then justified by logic."

By default, human beings get a sense of what the right answer is first, and only subsequently do they search for the logic and the data to justify what they feel is correct, Watkins said.

Therefore, managing — not dismissing or suppressing — your emotions helps you make better choices. If you are unaware of your feelings, they will derail you and impair your decision-making ability.

Your body, your feelings

Emotions are contagious. If you develop the ability to control your feelings, you can change what emotion you infect others with — using your emotions to motivate and influence others.

"You can lift your troops just by powerfully radiating your emotional state," Watkins explained. "It can magnetize other people to shift to the same emotional planet, even though they don't know what you're doing."

All positive emotions, such as confidence or optimism, have a direct biological effect that can help you achieve your goals. This is partly because such states increase levels of the performance hormone dehydroepiandrosterone (DHEA).

DHEA is the antidote to the body's main stress hormone, cortisol. If you inject people with cortisol, it lowers mood and can make them feel defeat or despair. Such an emotion then increases the cortisol levels even further. This cortisol surge, in turn, makes them feel worse, which further increases their cortisol, so a vicious cycle ensues.

Optimism is an important element of survival, whether you are stranded in the wilderness or taking a business through tough economic circumstances. But that optimism has to be tempered by realism — a recognition of the difficulties of the present moment. 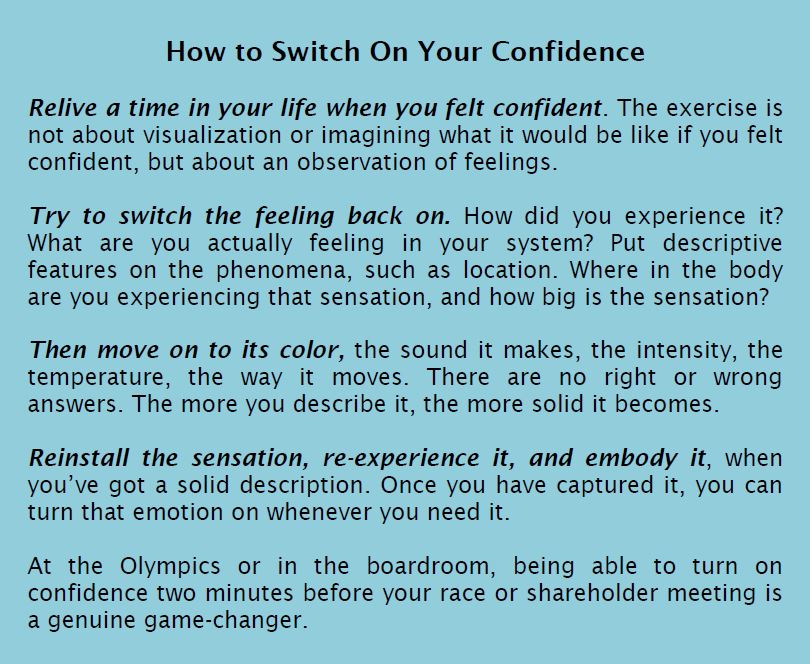 When we are threatened, our biology is jolted.

"It doesn't matter whether that's a competitive threat in a sporting contest, your boss is demanding something at short notice that you are not prepared for, or you are asked a difficult question in a packed shareholders' meeting," Watkins said. "It's all the same, biologically speaking."

Your heart rate becomes erratic, and the signal from your heart to your brain shuts down your frontal cortex. This mechanism could have saved your life 200,000 years ago when in peril of being eaten by an approaching bear, and when smart thinking was of no use. All you would have needed was to fight, flee, or play dead.

But although we have evolved, the brain's shutdown mechanism remains the same today. "It's a bit like we've still got the same software program running and we haven't had an upgrade," Watkins said.

If you can control your biology, you can prevent this shutdown from occurring. Rhythmic breathing can help stabilize your heart rate so it varies in a dynamic but consistent way.

This creates a much more "coherent" (rather than chaotic) signal from your heart to your brain, which then turns the brain back on. This helps you become more perceptive and aware of what's around you. CEOs can read the room; athletes can read the race conditions.

Watkins suggests practicing during your commute. If you change your breathing pattern for just a few minutes every day, you'll find you become increasingly perceptive.

Next time you are in a challenging situation or feeling wound up about a difficult task, try to stabilize your breathing. As the signal between your heart and your brain becomes more coherent, the frontal lobe comes back on, and you can think more clearly.

This is because sending chaotic electrical signals into your brain can cause the brain to underperform — think about putting petrol in a diesel car and see how far you get.

People are normally only aware of about ten or 12 emotions, out of a possible 34,000. It's as if their "emotional palate" can barely tell the difference between wine and coffee

Once you have learned to control your heart rate pattern, i.e., a single biological signal, the next stage is controlling all your biological signals at the same time, i.e., your entire emotional state.

An emotion is simply your energy in motion — or all of the biological signals from every single bodily system — the beating of the heart, breathing rate, and tension in the muscles.

Watkins said that most human beings have very little control over their emotional state, and most are unable to accurately pinpoint which emotion they are really feeling at a given moment.

People are normally only aware of about ten or 12 emotions, out of a possible 34,000. It's as if their "emotional palate" can barely tell the difference between wine and coffee, he said. But if you don't notice your emotions, you can't control them.

Emotional awareness. Rather than being embroiled in the task or situation, focus on how you are feeling. The most basic form of emotional awareness is simply to acknowledge that you are experiencing an emotion, then assess whether it is positive or negative.

Emotional literacy. Can you discriminate between frustration and irritation, or irritation and disappointment, for example? You have to know which "emotional planet" you're on to get away from it.

And you have to know how the emotions relate to each other to work out which is the nearest planet you might be able to reach on the path to a more positive state of mind.

Emotional regulation. Build a repertoire of "positive planets", or emotional states. Learn to shift from whatever planet you are on to the helpful planet.

Every second you spend on a planet reinforces the gravity of that planet. So if you're frustrated, you're reinforcing the power of that frustration and making it harder to change your state.

This also holds true for positive emotions; the more time you spend on Planet Optimistic, the more optimistic you become.

Being able to move between emotional states requires practice. The good news is human beings shift from one emotion to another all the time, just not consciously. For example, it might happen when you hear your favorite song on the radio, smell cut grass, or see a beautiful sunset.

The training process encourages people to practice shifting states on purpose. After a while, you don't get stuck on any planet.

Mastery involves developing a much more detailed description of your experience of any one emotion. Take the sensation as if it were an object, hold it up, examine it, and describe it.

Having a much more concrete understanding of what it feels like to experience a single emotion can help you access that emotion when you need it.

Once you can regulate your emotions and switch between emotional states, you can use those emotions to drive yourself forward. You don't need anyone else to motivate you.

Watkins worked on emotional planning with British Olympic rowers, such as Helen Glover and Heather Stanning, who won gold in the Women's Pair at the 2016 Summer Olympics. Glover has never lost a competitive race. When years of preparation all comes down to a six-and-a-half-minute race, they have to make sure they have the right level of intensity and can deliver their best race, despite the weight of expectation.

Watkins helps the rowing crews create an emotional plan for a race, exploring what techniques they are going to use, what emotional state they need to be in at different points in the race, and how they would react to various scenarios.

Watkins also used these techniques to help Great Britain's rowers and coaches during the 2012 Summer Olympic Games in London, where the team won nine medals, up from six earned in Beijing in 2008. The rowing team took home nine medals in 2016. 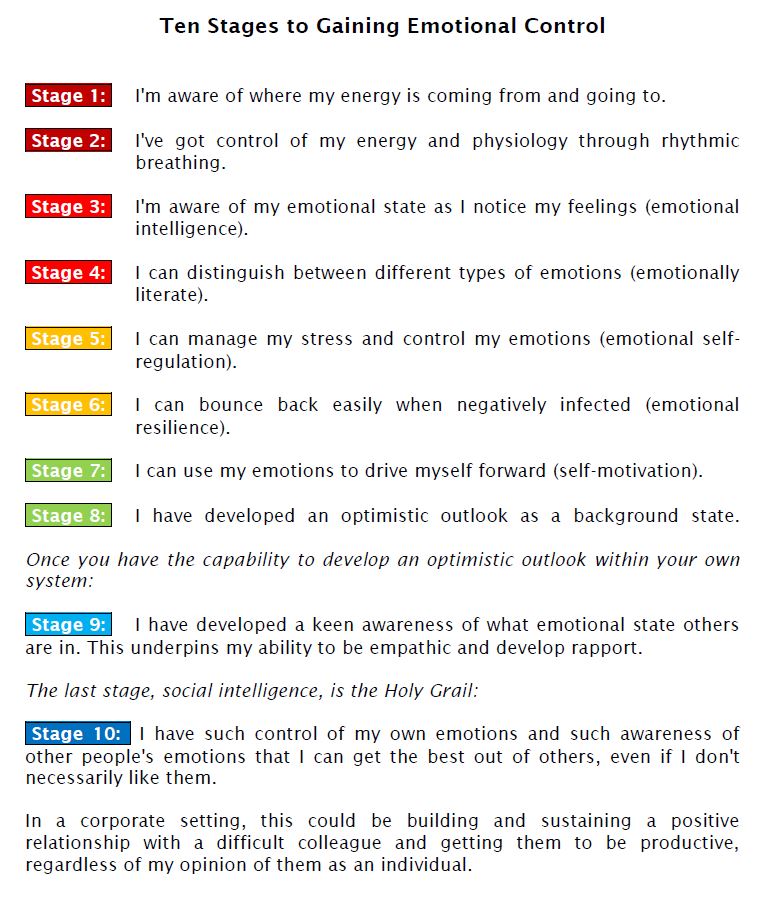 Samantha White is a Senior Editor at CGMA Magazine, a publication of the Association of International Certified Professional Accountants, which offers the Chartered Global Management Accountant (CGMA) professional designation. The association is a joint venture of AICPA in the US and CIMA in the UK. Click here to subscribe to the weekly newsletter CGMA Magazine Update.