How to Handle the Resident Machiavelli in Your Office 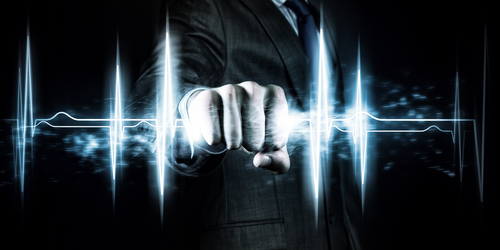 Bernie Madoff, Dennis Kozlowski, and Jeff Skilling were once hailed as great corporate leaders who appeared to be charming, successful and real go-getters. All three men turned out be fraudsters of the highest order, and have been convicted for their deeds.

“Psychopathy is most often associated with a lack of morality, and often criminal behavior such as cheating, lying, and stealing,” explains Peter Jonason, Lecturer at the University of Western Sydney. “It’s characterized by a wide range of aggressive tendencies, which can be verbal, physical, and mental."

“These people often get bored of their positions, and if they have the ability to take advantage of the system like the CFO, I’d be a little hesitant to hire such people”

“Machiavellianism is a bit tricky to describe because it shares a lot of characteristics with psychopathy. The main distinction is that it’s more of a tactically-oriented strategy.”

“People who have high Machiavellianism tendencies often have both hard (coercion) and soft skills (hand around the shoulder), and use them depending on the situation,” he says.

“Narcissism is best described by traits such as vanity, self-admiration, a sense of entitlement, and the need for recognition and power.”

Madoff, Kozlowski, and Skilling committed fraud on a massive scale, so these men displayed plenty of psychopathy.

All three practiced Machiavellianism in doing what was necessary to succeed, and in the process bought trophies to satisfy their narcissistic instincts – Madoff’s New York City penthouse apartment being the most obvious example.

Is it necessary to have a certain amount of Dark Triad attributes for someone to rise to leadership positions? In other words, all things being equal, would someone with Dark Triad characteristics be more likely to become a Fortune 500 CEO?

“I’m hesitant to say such traits are essential to being a CEO,” says Jonason, who was the speaker at a recent Singapore Management University School of Sciences seminar. “But one of the things about these traits is opportunism, and taking opportunities to get ahead is essential to getting ahead in business.”

“The risk-taking attitude of these individuals allowed America to thrive for 50 years, which built a sense of self-delusion about how wonderful they were doing. If left unchecked, it can go wrong, but it can be a fortune maker for people.”

No to CFO, Yes to COO

Detecting the traits of risk-taking and taking opportunities to get ahead is hard, says Jonason. “However, if you catch [people who possess these traits] early, we can shape them into what we need them to be."

He adds, “As a group, these are the guys for whom you’d pay a price. In hunter-gatherer times, when there is inter-group warfare, this is the guy who would lead the charge and the night raid.”

“We are implicitly willing to tolerate some of the costs because of the benefits they accrue. The thing for companies is: how do you check their bad behavior? How do you rein them in?”

Jonason says it might help to test candidates for Dark-Triad tendencies, and put them in jobs that suit them. For example, they function better as leaders than as followers. They can become aggressive or abusive when made to take instruction without being given the chance to take charge.

Assuming an employee deserves to be in management, how then do you ensure he or she is in the right job?

“If you’re hiring a Chief Financial Officer, you’ll have to careful because you are giving them power that can be so easily exploited,” Jonason warns.

But they may be suited to act as Chief Operating Officers. “They will be required to trim the fat and fire people,” says Jonason. “People who score high on psychopathy probably won’t have a problem doing that because they’re focused on the job, and they don’t have the emotional attachment [to those getting fired].”

“These people often get bored of their positions, and if they have the ability to take advantage of the system like the CFO, I’d be a little hesitant to hire such people,” he sums up.

Jonason also points out that Dark-Triad people thrive when there is ambiguity. They will seek to manipulate an ambiguous situation to their advantage.

For example, in an informal workplace where the organization is flat and there is no clear sense of hierarchy, these people are likely to make friends with those in power to further their cause.

The answer is not necessarily to install a strict hierarchy to stop them from doing what comes naturally. Instead, let them identify themselves, Jonason advises, and mentor them.

“Those who display strong Dark Triad attributes are often men, and the successful ones often had a mentor who was a father figure,” he observes. “What they need is a father figure – an older narcissist to spot a younger one – who can show them how to harness that energy for good. And it’s not enough for there to be a male figure, it must be a dominant male figure.”

But what about companies that might want to avoid dealing with the problems that come with hiring such individuals altogether? Can you actually avoid hiring them?

One way to approach this is to look out for the Dark-Triad trait of narcissism. “Narcissists are particularly good at feigning things you want to hear,” says Jonason. “However, the [office environment] is social, and this aspect is where these people would fail because they’re not in it for the people; they’re in it for themselves.”