From CFO to CEO: Four Career Steps Finance Leaders Can Take to the Top Job 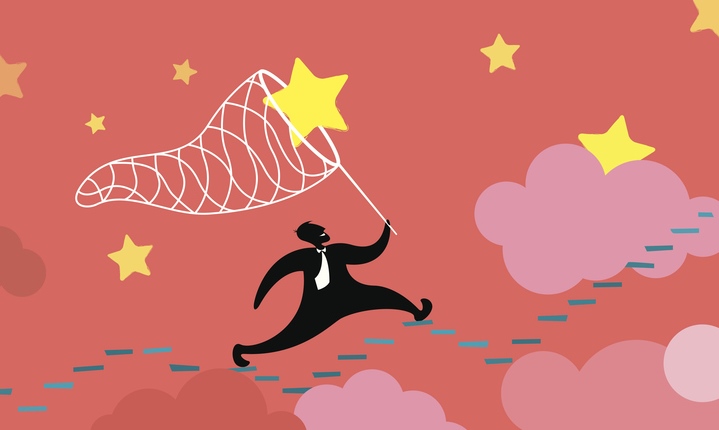 CFO skills can translate well to the CEO role – and plenty of CFOs aspire to be the boss one day.

In a study of CEOs of FTSE 100 companies by Robert Half UK, 55% of CEOs have a finance background, and 23% are qualified chartered accountants. And that could grow if current finance chiefs get their way. About 86% of UK CFOs are motivated to become CEO.

In a recent US survey, 64% say they aspire to the top job. In emerging markets, including those in Asia, 29% of CFOs aspire to become CEO, according to a 2016 EY study.

"I've never been content to just sit there and read the numbers and only analyze the numbers. It's been about asking questions, talking with subject-matter experts about what's going on, asking follow-up questions”

Yet, not every finance chief is automatically CEO-worthy. Some skills must be practiced, and others must be learned on the job.

So what are the things to keep in mind? One key step is the realization that you are in charge.

"That was one of the first things that hit me: I am the one making that final decision," said Anoop Mehta, CPA, CGMA, who became president of his company after previously serving as CFO. "Previously, you may have input, but the ultimate decision was with somebody else. You always know that, but you don't feel it until you actually take over that role."

About two years ago, Mehta was promoted to president at Science Systems and Applications Inc. (SSAI), a US company that competes for government science, engineering, and information-analytics contracts.

About three years ago, the CEO of not-for-profit Goodwill of Western Missouri and Eastern Kansas said he would retire. He surprised his finance chief at the time, Stefany Williams, CPA, CGMA, when he said that he was recommending to the board that she take over as interim CEO, a role she eventually assumed permanently.

While some learning has been done on the job, Williams said that steps taken in advance helped prepare her for the new role.

Here are four steps CFOs can take to better position themselves for CEO consideration:

"In our industry, it's rare that financial folks have a lot of interaction with the technical folks," Mehta said. "I started getting involved in the customer visits. So I understood first-hand what [the customer] challenges were and how the finance organization could help."

Develop deeper knowledge of operations. Research from Robert Half and others shows that operational expertise is a must for potential CEOs. The careers of Mehta and Williams bear that out. Williams said that "an intense curiosity for how things work" has served her well.

"I've never been content to just sit there and read the numbers and only analyze the numbers," she said. "It's been about asking questions, talking with subject-matter experts about what's going on, asking follow-up questions, 'And what if you press lever B instead of lever A?' That's always been something that's fascinated me, and I think that's served me very well now. I've used that skill and learned a lot in a short period of time."

Mehta added: "Sometimes CFOs get honed in on the internal reporting and the financial aspect of it, but the trend has been being more of an adviser. So in order to be that adviser, you have to have a broader understanding of [operations], and not just the financial aspect."

Improve communication skills. Williams recognized nearly ten years ago that she needed to improve her ability to speak in public, so she joined a business networking organization and began teaching classes at a local college. "I worked on those public speaking skills so my fear level would diminish," she said.

Most of the anxiety over speaking has since gone away, she said. She continues to work on honing the message for different audiences as well as improving how she shares the not-for-profit's vision – skills that take time to develop.

Mehta finds value in involvement in outside organizations. Joining a not-for-profit board, for example, gives budding leaders the chance to effect change

Expand your network. The involvement in business networking not only improved Williams's speaking skills but also grew her network. Likewise, Mehta finds value in involvement in outside organizations. In fact, such involvement is a requirement for his senior leadership team. Joining a not-for-profit board, for example, gives budding leaders the chance to effect change.

"It increases your network and increases your ability to interact with CEOs of other organizations," said Mehta, who is scheduled to participate in a panel discussion on the topic of CFO to CEO at the AICPA CFO Conference on May 4th in Phoenix, Arizona. "That helped me tremendously."

Neil Amato is a Senior Editor at CGMA Magazine, a publication of the Association of International Certified Professional Accountants, which offers the Chartered Global Management Accountant (CGMA) professional designation. The association is a joint venture of AICPA in the US and CIMA in the UK. Click here to subscribe to the weekly newsletter CGMA Magazine Update.