From CFO to CEO: Being Less Conscientious May Be the Better Path to Success 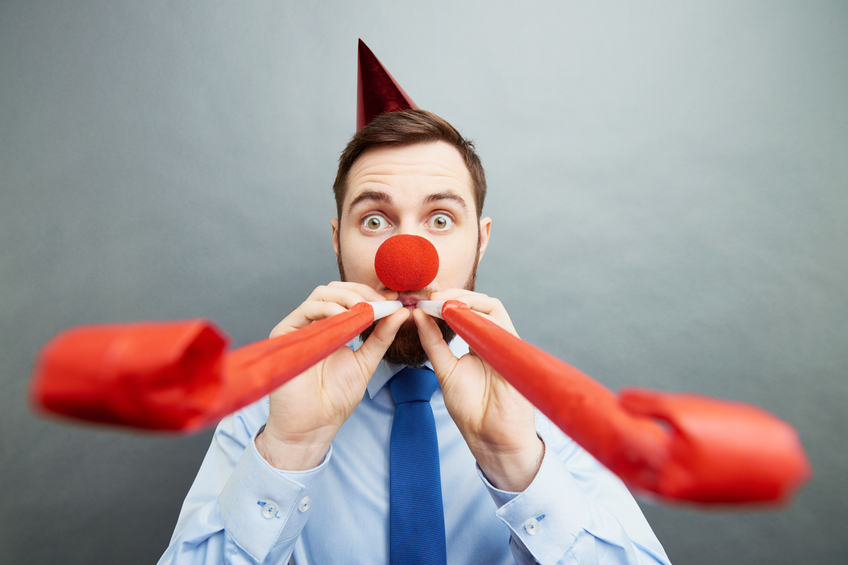 At the 4th CFO Innovation Malaysia Forum in Kuala Lumpur this week, one topic of discussion was the career progression of the CFO towards non-finance paths – to become a COO, a CEO and member of the board (or board chairman).

And why not? The modern-day CFO is supposed to be a business partner to everyone in the organization, which means he or she would be gathering experience and expertise (and a track record) in operations, sales, marketing, legal, human resources and strategy.

But personality could also be a factor. Conscientiousness and extraversion are traits that are commonly associated with accounting and finance. A new study the US National Bureau of Economic Research suggests that these traits will not serve CEOs well in terms of R&D intensity, growth and profitability.

It’s one thing to undertake business partnering, which is becoming a normal part of the CFO’s remit. It’s another thing to go beyond that role and partner with a purpose

In the Malaysia Forum, there was broad agreement that the CFO, indeed, is on the fast track to the top. One panelist had himself become a CEO and COO in Indonesia, and is now a member of the board of his current company in Malaysia.

“It was a very interesting experience and I learned a lot,” he said of his time as chief executive. And also, of course, earned a lot more than the finance chief. In 2014, CFO Innovation found that, on average, CFO compensation Asia-wide is equal to only about 63% of the average CEO package.

Some CFOs are compensated much lower than that. In the same study, the top-earning chief financial officer earned US$4.5 million in 2013 – just 14% of his CEO’s US$31.9 million in total earnings that year.

So what can you do as CFO today to open up the path to the corner office? Here are some insights in Kuala Lumpur:

Rack up a track record in a business role. It’s one thing to undertake business partnering, which is becoming a normal part of the CFO’s remit. It’s another thing to go beyond that role and partner with a purpose.

“Volunteer to lead a project,” said the CFO of a technology company. This will let you learn first-hand how to run a business, demonstrate that you are capable of performing more than a supporting business role, and put you on the succession-planning radar of the CEO and the board.

But you have to succeed – and you must make sure the company’s financial management does not suffer. “This is where having a strong finance team is very important,” said this CFO. Make sure the finance function can continue to perform even when part of your attention is diverted elsewhere.

One bonus: Letting others in the finance team take a leadership role also burnishes their track record and potentially puts them on the track to take over from you. That will help with morale and strengthen commitment as finance team members see their own career paths becoming clearer as well.

Engage with the board. The CFO briefs board members and answers questions during meetings, but the engagement typically happens only three or four times a year. “I appreciate the CFO engaging with me more often,” said the board member.

When someone on the board expresses concerns or has questions before or after the board meeting, the CFO should take these seriously, advised the board director. Take the opportunity to demonstrate your analytical, communications and leadership skills.

Don’t go overboard, though. There’s no need to send birthday gifts, for example. But it would not hurt to engage with board members on important social and religious occasions like Eid al-Fitr (end of the fasting month in Malaysia).

Be upfront about your ambition – or not. “How else will the board and the CEO know you are interested in the top job?” asked the CFO of a manufacturing company, a sentiment seconded by the technology CFO.

But the board member was not entirely sure this is a good idea. He thinks it may be a better strategy to demonstrate your interest, rather than come out and explicitly articulate it. People will know without being told, he opined.

Network, network, network. All three panelists emphasized the importance of networking – with fellow CFOs and others in finance, with CEOs and board members, with chambers of commerce, industry associations, professional groups.

“Don’t limit your ambition to just within your company,” said the board member. You can be the CEO of another enterprise, or the CFO of a bigger corporation. And the contacts you make can be useful to your current company as a customer or supplier, which will further burnish your profile as a can-do business leader (not just a finance person).

Keep up with the latest in thought leadership. Attend seminars, conferences and continuing professional development courses, not only in finance but also in leadership, innovation and management. Demonstrate to the board that you are on the ball, particularly on issues that could directly affect your company’s future (such as digital disruption, social media, mobile apps).

Do you need to get an MBA? Not necessarily, said the board member. It could help, especially if the degree is with a high profile business school like INSEAD or Harvard Business School. But the board – or at least this particular director – will be more impressed by your actual business and leadership skills, and enhanced by your finance expertise and experience.

The technology CFO observed that, after taking on a project, he finds himself looking at the business more from the point of view of an operations leader, rather than through the risk and compliance lens of the CFO.

For him, it becomes a balancing act: Recognize the challenges facing business partners, but also make sure the requirements of finance are not sacrificed in surmounting those challenges.

This illustrates the argument that the personality of a finance leader may need to be adjusted or changed if he or she is to become a successful CEO.

A recent research paper from the US National Bureau of Economic Research throws some light on this conundrum. In “CEO Personality and Firm Policies,” the NBER researchers examined the return on assets of companies, among other observations, and the five personality traits of the 4,591 CEOs that lead them.

The research found a positive relation between openness to experience and R&D intensity. This is consistent with previous research that found that CEOs who score high on openness are creative and open to change, and encourage cultures that value innovation, speed, experimentation and risk-taking.

For its part, conscientiousness (having a strong sense of direction, self-discipline and persistence) is negatively associated with growth. This is “consistent with these CEOs having a preference for rules and low adaptability,” write the researchers, noting the argument of several studies that “highly conscientious CEOs are less attracted to innovative cultures that value risk-taking and inventiveness.”

The researchers also found a negative association between extraversion (being energetic and forceful in communicating ideas) and return on assets and cash flow. This is “consistent with the argument that extraverts like to dominate and the benefits of extraversion are conditioned on obedience and submissiveness . . . that may not help in decision-making in the corporate setting,” write the researchers.

The trait of conscientiousness is arguably commonly associated with accounting and finance, as is the trait of extraversion. The findings suggest that a CFO who is highly conscientious and tends to expect obedience and submissiveness may need to become more open as he or she transitions to the top leadership.

Or it may be that the conscientious and extravert CFO will find more satisfaction in financial management. Other pathways may be opening up, but there is nothing wrong in remaining and being happy in your current finance career lane.