Salary vs Quality of Living: The APAC City that Offers the Best CFO Pay 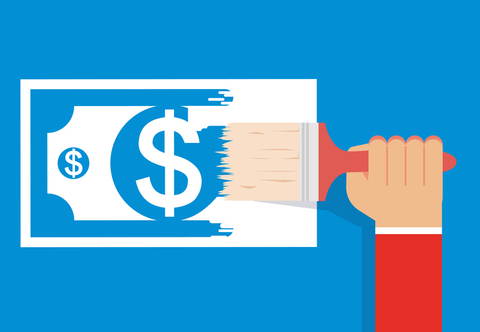 Besides benchmarking your pay against market rate, you might also be considering relocation to another city to work when checking out a salary guide.

So while we’ve checked out salary guides, we’ve also looked at other factors—such as accommodation cost and quality of living—that affect the relocation decisions of senior finance executives.

Though Hong Kong and Singapore are among the top locations to which expats from different regions relocate, China and Malaysia are increasingly popular especially among their neighboring economies in Asia Pacific.

Remuneration: Looking beyond the nominal number

Though the Hays guide offers more details, we pick the Robert Walters one for the sake of simplicity.

If you’d like to check out the salary range for you own role in a particular industry, you might want to fill out the form to download its Asia salary guide here and convert salary numbers into USD and then into PPP dollars.

The PPP conversion factors indicate how many US dollars or a fraction of a dollar is needed in a particular economy to buy US$1 of goods and services in the US.

For example, the 2017 PPP conversion factor for Singapore is 0.61. This means that you in the Lion City need to spend only US$0.61 to buy US$1 worth of goods and services in the US.

In Hong Kong, You will have to pay US$0.75 to buy US$1 worth of products in the US (the PPP conversion factor for Hong Kong is 0.75). By the World Bank’s reckoning the cost of living in Singapore is slightly lower than in Hong Kong.

Hong Kong is the most pricey among the four markets and Malaysia is the cheapest with a PPP conversion factor of 0.34, lower than China's 0.53.

With a new property tax mooted to be introduced in Shanghai from 2020, many landlords are now choosing to sell their properties rather than continuing to rent them out

Based on the PPP dollars, Shanghai in China offers the highest salary range for a CFO (see the table below).

However, if you’re seeking to relocate as a finance director or a financial controller, Hong Kong’ MNCs in general offer a more attractive salary in terms of PPP dollars.

What about accommodation cost?

While Shanghai offers the best CFO pay, its accommodation cost is lower than that of Hong Kong—which has become a factor that wards off expats.

However, Shanghai’s accommodation is by no means low compared to other Chinese locations.

Shanghai was the highest placed Chinese city and the eighth most expensive city for expats to rent in globally, averaging US$ 5,305 a month for an unfurnished, three-bedroom apartment in the mid-range of the expat market, according to ECA International.

“With a new property tax mooted to be introduced in Shanghai from 2020, many landlords are now choosing to sell their properties rather than continuing to rent them out, Lee Quane, Regional Director – Asia at ECA International.

As a result, there are fewer choices left for rental in the city.

If you look to work in Shenzhen, now the most flourishing city in Southern China and with a GDP higher than that of Hong Kong, beware of the fact that accommodation rent for overseas workers has also risen enormously, Quanne pointed out.

Typical monthly rental costs in Shenzhen are now US$ 2,795 – an increase of over 10%—for the same type of apartment mentioned above..

“Shenzhen continues to be a city that attracts high demand for rented accommodation, both due to its local economy and its proximity to Hong Kong,” Quanne observed.

The market has proven particularly tight in 2018, leading to its high rental trend and this will most likely continue for the foreseeable future, he added.

But its neighboring Hong Kong remains the most expensive location in the world for expatriate rent, with typical expat accommodation averaging US$ 10,929 per month—up 4.9% from last year, said ECA.

And the bad news is: rent increases are not just limited to central Hong Kong anymore, with rents expected to rise throughout outlying neighborhoods in 2019, according to Quanne.

That means more expats and locals alike would find living space farther away from central Hong Kong and other traditional near-the-center business districts.

For expats in Singapore and companies hiring them, there’s good news for you. According to ECA, rental prices in the city-state have continued to fall for expatriates, with the average monthly rent now at USD$4, 215.

“Reduction in the population of non-residents in Singapore, a key driver of rental demand, has led to further drops in rental prices for expatriates,” Quanne explained. “Recent announcements in the Singapore budget have further limited the proportion of foreign workers that companies can employ to 35% by 2021, meaning that this downward trend in rents is expected to continue.”

Is the location liveable?

In addition, Singapore remains the most liveable location for Asian expatriates, having claimed the top spot every year since ECA’s liveability rankings began in 2005.

A number of factors make Singapore the ideal location; such as access to great facilities, low crime rates, good quality healthcare and education, as well as a large expat population already living in Singapore, ECA International pointed out.

Factors assessed for the ranking include climate; availability of health services; housing and utilities; natural phenomena; isolation; access to a social network and leisure facilities; infrastructure; personal safety; political tensions; and air quality, said ECA, adding that the impact of some of the factors assessed will vary according to the home location of the assignee.

Although many cities in Asia offer similar benefits to overseas workers, Singapore remains the top location and doesn’t look like dropping in the rankings any time soon, Quanne said.

Hong Kong, on the contrary, has dropped twelve places and is now only the joint 41st most liveable city for expats coming from elsewhere in East Asia, said ECA.

Hong Kong has slipped down our rankings in the past twelve months due to the disruption and considerable damage caused by super typhoon Mangkhut in Sep 2018, according to the firm.

“Although there was no loss of life, Mangkhut was the most devastating storm experienced by Hong Kong since record began and the cost of the resulting damage to buildings and infrastructure is estimated to be around US$ 1 billion,” Quane noted. “Therefore, Hong Kong’s liveability score has changed to reflect the difficulties caused by Typhoon Mangkhut.”

In EIU’s 2018 liveability ranking, which was done before Hong Kong got hit by the super typhoon, the city—among the top ten in Asia—was ranked higher than its perceived rival Singapore, which registered an improvement in the public healthcare category that boasted , the highest possible score, EIU said.

For those of you who are mulling to move to South Asia, EIU warned that increasing pollution is a problem in the region.

Many Chinese cities continue to rise in different liveability rankings such as ECA’s.

The location ratings scores for Chinese locations have been improving for many years and cities such as Beijing, Nanjing and Xiamen have all seen their scores improve in 2018, along with many others, ECA noted.

“Despite rapid improvements to infrastructure, the one downside for many Chinese cities has been excessive levels of air pollution which have negatively impacted the quality of life,” he said. “In recent years the Chinese authorities have introduced measures to combat air pollution and these efforts are translating into improvements in their rankings.”

But would electric public transportation help improve air quality and liveability in China?

EIU pointed out that Shenzhen registered a modest improvement of 0.7% in its own liveability ranking after it electrified its entire fleet of public transit buses.

“This measure is one of the first successes in a nation-wide effort to transition to electric vehicles, whose larger impact on liveability in Chinese cities, and especially in the Greater Bay area, remains to be seen,” EIU said.