Finance Execs: Get Ready to Answer Behavioral Questions in your Next Job Interview 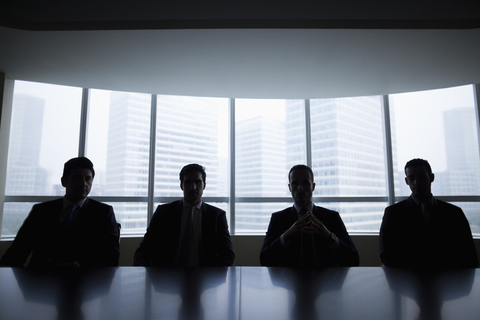 If you heed Robert Half’s advice on searching for your next job in December or you’re thinking to look for a new one after the new year, here are some tips on how you could prepare yourself for behavioral interview questions.

According to the recruitment agency, behavioral interview questions are based on the assumption that past behavior is the best indication of what future behavior will be like.

“In asking detailed questions about specific tasks you undertook or experiences you had in a real life setting in prior roles, the employer can get to know how you may react in similar situations in the role for which you’ve applied,” the firm noted.

How to tell when you are being asked a behavioral question

When you hear the words: “Tell me about a time when...” it’s highly likely that the hiring manager is asking you a behavioral interview question, Robert Half pointed out.

How to answer behavioral questions

Robert Half said there are three methods based on which you can craft your answers to this type of questions.

According to the recruitment agency, candidates can structure their answers by giving context, actions, and result.

Context: describing the background and situation that one was in

Action: describing what action or steps one took

The STAR provides a similar structure, and stands for Situation or Task—describing the specific event or task one was given), Action—describing steps taken, and Result—describing the professional outcomes delivered to the business.

For instance, when you were asked about a time when you were faced with a stressful situation and how you handled it, you could use the CAR structure to provide an answer such as the following, said Robert Half.

Context (also known as Situation or Task): I was leading a special project team. Our client shifted the deadline forward by two weeks. This had a significant impact on our suppliers. Some could deliver to the new deadline, but others couldn’t.

Action: Leveraging the strong relationship that I had developed with my client already, I took the time to understand what was driving him to change the deadline. Once I understood the detail as to why it needed to be shifted, I realized that I could deliver the project to the client in phases - thus satisfying his needs, and keeping the suppliers happy. I developed a phased delivery plan and proposed this to the client.

Result: The client accepted the phased schedule, and we delivered the project on time. The client was very satisfied and as a result we were appointed another new project worth US$1 million to the business.

Three key things you must do

According to Robert Half, there are three key things candidates need to do to effectively answer behavioral answers.

Research: Find out what skills and behaviors the employer is looking for, and mine your own CV to find examples that you think will demonstrate a good match for the role.

Practise the CAR or STAR method out loud: If you remind yourself of the acronym while telling your story, you’ll stay on point.

Don’t keep referring to the same experience: Arrive at an interview armed with a few different examples that you can adapt according to the different questions asked.