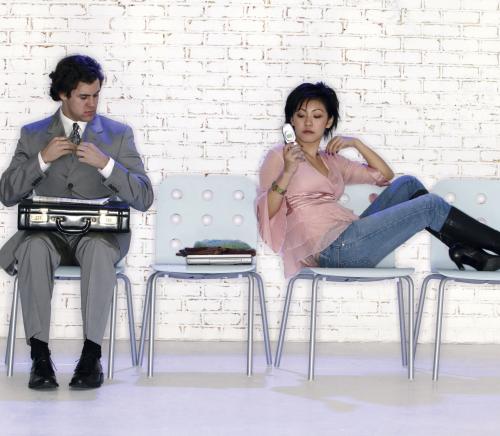 It's difficult to believe, but according to a recent survey by human capital solutions company CareerBuilder, which recently bought Singapore job board JobsCentral, a person interviewing for a job in the US actually answered her mobile phone during the interview – and then asked the interviewer to vacate her own office so the candidate could have a private conversation.

That’s one of several ‘outrageous’ mistakes made by job interviewees according to a survey of more than 3,000 HR professionals in the US. The others include:

You, of course, will never commit those mistakes – or won’t you? You’ll be surprised at the things that come out of nervous people’s mouths in times of stress or the kind of body language they exhibit.

“In a highly competitive job market, job seekers need to set themselves apart in the interview stage,” says Rosemary Haefner, vice president of human resources for CareerBuilder. “All that pressure, though, may have some job seekers making body language mistakes that don’t convey a confident message.”

She offers the following tips:

Keep calm. Leave the house with plenty of time to get to the interview, avoid caffeine if possible and take deep, calming breaths.

Practice makes perfect. You’ll feel more comfortable the more you prepare for the interview, and in turn, it will help decrease your anxiety. Rehearse ahead of time with friends or family, do your homework on the company and be prepared for common interview questions.

See for yourself. Look in a mirror while practicing interview responses or videotape yourself to figure out your typical physical movements, and whether or not you need to change them.

The hiring managers surveyed by CareerBuilder also gave valuable insights into what would turn them off when doing job interviews:

The right body language is also important. Among the things to avoid:

In a separate survey, CareerBuilder asked US hiring managers about the most memorable résumé missteps they have encountered. Among the answers:

According to the 2,500 HR managers surveyed, one of the biggest mistakes job seekers make is the lack of customization of their résumé. Nearly eight out of ten (79%) of the HR managers said they pay more attention to résumés that are tailored to their open positions.

“A standout résumé can be the difference between getting the interview and being lost in the pile,” says Haefner. “But job seekers need to ask themselves if they’re standing out for the right reasons. Hiring managers will notice and spend more time with résumés that are easy to read and include relevant experience customized to the position.”

Assume your résumé will be scanned by a computer. Companies are increasingly using keyword-search software in their hiring processes, so it's important to make sure you always send out a search-ready résumé.

Stay relevant. Describing every job you’ve had will not help hiring managers understand why you’re the best person for the job. Include only experience that is relevant to the job description or reword them so that it’s clear that they will transfer to the new role.

Prove it! Don’t just explain what you did at your last job. Describe succinctly how you did it and what impact it had on the company’s bottom line. The more quantifiable results you can highlight, the better.

Go easy on the eyes. If you hold up your completed résumé and can’t see any white space, you’ve got a problem. Use formatting – bullets, line breaks, headers, readable font, wide margins – that guides readers’ eyes to the bottom of the page. Keep your descriptions to the point and trim unnecessary words.

Include a professional summary. Instead of writing an objective at the top that states what job you want, craft a professional summary recapping your relevant experience in one or two sentences. Done well, this may convince hiring managers to spend longer than a minute with your résumé or application.

Proofread . . . and then proofread again. Many hiring managers will toss out any résumé that contains spelling, grammar or formatting errors. Even if you can’t find any typos, email your CV to friends and family to be sure. Odds are they’ll find something you missed.

Saying thank you. Yet another CareerBuilder survey, this time of 2,878 US hiring managers, revealed that interviewees who fail to send a thank-you note run the risk of not being hired, even though they may fit the position. Two out of ten of the hiring managers surveyed say they are less likely to choose such a candidate.

Among these respondents, 86% say not sending a thank-you note shows a lack of follow-through. An additional 56% say it sends the message that the candidate is not really serious about the opportunity.

A huge majority (89%) of hiring managers say it’s fine to thank the interviewer via email, with half saying this is what they prefer. When it comes to industries, the bulk of IT hiring managers say they prefer to receive email thank-you notes more than any other industry surveyed, while the majority of those in the financial services say email is not preferred, but still acceptable.

Haefner has two tips in composing the thank-you note:

Repeat, repeat, repeat. While a lot of what you include in your thank-you note may seem repetitive, restate your enthusiasm about the job and your qualifications for the position. Include any interesting topic that may have come up during the interview.

Cover all your bases. If you interviewed with more than one hiring manager in the same company, send a thank-you note to each person.