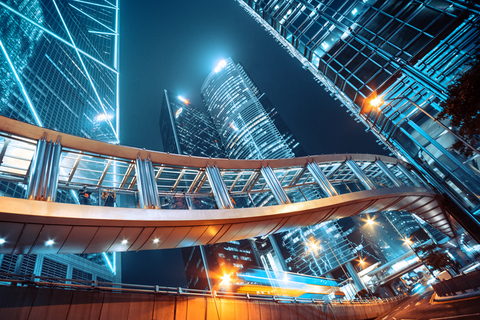 CFOs, financial regulatory reporting executives, project managers, senior FP&A professionals: You are in the highest demand in Hong Kong’s finance sector as it needs to up their effort in corporate compliance, said Hays recently.

“As technologies are developed, improved and implemented in the financial industry, it’s fallen to regulators, both internationally and domestically, to ensure that shifts in practices are monitored in an environment of security and risk-minimization,” Hays said.

To this end, the past year has seen great changes in governance within Hong Kong’s accountancy & finance sectors, leading to companies increasing awareness in corporate compliance, the recruitment firm added.

As a result, there are rising demand in several areas and the above type of executives, with a particular focus on risk management, Hays noted.

Whereas 2016 and 2017 were predominantly typified by recruitment in the junior to mid-level areas of the industry, this year has bucked the trend, said Dean Stallard, Managing Director of Hays Greater Bay Area:

“Usually we see movement in the assistant manager and manager positions, where turnover is generally higher, but in recent months we have been approached by companies requiring VP, CFO and head of finance positions.”

According to him, one of the main reasons for this is the developing regulations imposed by the Hong Kong Monetary Authority in the banking sector, the creation of the Insurance Authority, and the upcoming implementation of the global IFRS 17 standard, all of which require companies to install project managers to lead the necessary systems changes.

In the insurance industry, due to the requirement for having IFRS 17 systems up and running by 2021, there’s a need for systems project people to implement them, Stallard said.

However, these individuals are few and far between, particularly inhouse.

This means that firms are looking to recruit individuals from the big four firms where preparations are already well underway, Stallard pointed out.

“There continues to be openings for financial reporting roles in the banking sector, but just as in insurance there is also a profound interest in finance project managers,” he said. “What’s most interesting about these positions is in the way that the new technologies required to implement them means that candidates who not only have an IT background but also an in-depth knowledge of the regulatory reforms are top of companies’ wish lists.”

Accountancy & finance candidates can look to move into the medical devices sector, which has seen meteoric growth in the past 24 months

The rise of fintech also leads to a high demand for CFOs and financial controllers, according to Hays.

“With the realization of virtual banks we are seeing financial institutions collaborate with a great number of startups and major telecommunications organizations, creating an immediate demand in the fintech sphere,” he said. “However, as projects grow we are also likely to see virtual banks require CFOs or financial controllers to nurture and augment these areas.”

Incentive: 25-28% pay raise for those with knowledge in new regulations or tech

As candidates with knowledge in new regulations, technologies or – the optimum – both, are limited, companies are extremely competitive in accruing this talent, often offering 25-28% salary increases to new candidates or as retention packages to existing employees, Stallard observed.

Yet, while a monetary incentive is high on the list for many candidates, it is by no means the top priority, he said.

“Financial services employees work long hours, so more and more companies are promoting an improved work/life balance as a way of onboarding talent, something that we are finding many jobseekers are open to,” he noted.

The number one requirement from candidates, however, is career progression, Stallard pointed out.

“The last 12 months has seen an increase in companies being explicit in where certain positions can lead to in the future, where the next step will be, something that is proving a useful tool in enticing candidates,” he said

Look for opportunities in the medical device sector

While the financial sector offers many opportunities, finance executive looking to improve through upskilling find most success in large MNCs, which have educational or qualification allowances, Hays advised.

The recruitment firm also recommends accountancy & finance candidates look to move into the medical devices sector, which has seen meteoric growth in the past 24 months, something likely to continue in the coming years.