Contemplating Change? Lessons From a Local CFO’s Move to a Global Firm 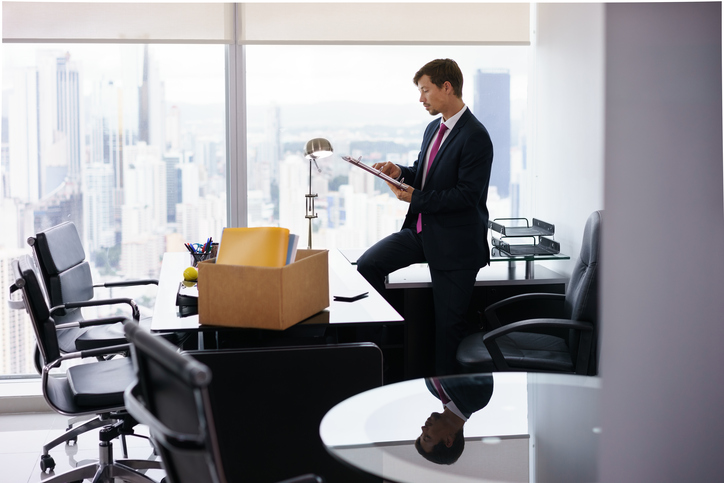 On and off, Raymond Yeo has spent a total seven years at M1 Limited, one of Singapore’s three telecom services providers. He helped M1 go public in 2002 and has been a steady hand at the financial tiller as CFO and finance director since 2013.

Then out of the blue, a headhunter asked him earlier this year whether he would be interested in the top finance job at privately held Epsilon, which delivers outsourced connectivity solutions for the procurement and management of cloud and network infrastructure.

Eight weeks into his new job as global CFO, Yeo remains energized. His decision process, transition planning, 90-day plan and other experiences should be illuminating for other finance executives also contemplating change

“I’ve always been approached by people, but I never seriously thought of leaving,” says Yeo, 49, who has more than 25 years’ experience in local and regional financial management. But this particular opportunity felt different.

For one, Epsilon has a far bigger footprint than M1’s local reach and those of his previous companies, having operations in the UK, US, Hong Kong, Singapore and the United Arab Emirates. And Yeo felt he had chemistry with Epsilon’s co-founder and CEO Jerzy Szlosarek, and with the board members he met.

Eight weeks into his new job as global CFO, Yeo remains energized. His decision process, transition planning, 90-day plan and other experiences should be illuminating for other finance executives also contemplating change. Here are some lessons learned.

How did the executive search firm come to know of him? Yeo says he did not have any relationship with the headhunter or any other recruitment company. He does have a LinkedIn profile, which may have helped put him on the headhunter’s radar.

Yeo’s online CV details his more than 25 years in accounting and finance. “I started my career in PriceWaterhouse, spent a couple of years in a bank, Credit Suisse First Boston, and moved on mainly in the telecom technology space, which is M1, Pacnet and TomTom,” he says.

He was an auditor in 1991, a financial analyst at chemical firm Dovechem, assistant controller at Credit Suisse First Bostin and then finance manager at M1 before joining Pacnet as senior VP Finance in 1998. When Pacnet was sold to Telstra, Yeo returned in 2002 to M1, where he served as General Manager, Finance, until 2007.

If you stay long enough, you compile a track record in the industry, says Yeo, who thinks he may have been approached for the new job because he is known in Singapore’s TMT – telecom, media and technology – sector. In all, he spent 17 years at M1 and TomTom.

Move for the right reasons

His experience in Singapore’s TMT sector is that “people will always call you about moving to the right opportunity.” That doesn’t mean you have to switch. “It’s not as if I was actually looking,” says Yeo. But he believes there’s no harm in exploring after having spent sufficient time in a company.

“For myself, three years is a crossroad,” he says. “Do you want to continue with an existing company that’s stable, or do you want to do something else that is more challenging in terms of potential growth?”

He wanted to know more about Epsilon because it was a global company, was in a related field but had a fresh approach, and was poised for growth. “There must be chemistry as well,” says Yeo.

“I engaged with the CEO and the board of directors, the chairman,” he recalls. “Jerzy is very engaging and very passionate about the business.” The board is comprised of representatives from Malaysia’s Kuok family, known in Asia for their hotel, property, commodities and other businesses, and the family of the UK’s Michael Stone, who is in commodities trading and fund management.

There may be overtures from the old employer about a change of heart on your part, with perhaps a sweetened compensation package as incentive. You can always change your mind, of course, but for Yeo, “once a decision is made, a decision is made”

“It was a rigorous process and demonstrated their sincerity in engaging with the candidate,” says Yeo. “They wanted to make sure that it would work. That was important.” Establishing that there was chemistry was especially important for him because, as CFO, he would be the business partner of the CEO, the board and the rest of the C-suite.

“When you’re leaving an organization, you must make sure there is a proper handover and there’s full transition,” says Yeo. He stayed on with M1until it had engaged someone else as CFO, and then engaged with his successor.

“You don’t want to cut the notice period and immediately jump ship. That’s part of your professionalism . . . You want to make sure that things are handled properly.”

That’s good not only for your old organization, but also for yourself as a CFO. It tells your new employer that you would deal with them professionally too, if there comes a parting of ways.

There may be overtures from the old employer about a change of heart on your part, with perhaps a sweetened compensation package as incentive. You can always change your mind, of course, but for Yeo, “once a decision is made, a decision is made.”

He spent two weeks working with the new M1 CFO to bring him to speed and orient him on what has been done and suggest what else needs doing.

While waiting for Yeo to finish up at M1, Epsilon hired an interim CFO to take care of the finance function. Yeo engaged with him, too, particularly because Epsilon was transforming the finance function. By the time Yeo assumed office in October, almost 50% of the team was new, but he was already aware of their skills sets and capabilities.

Among them was financial planning and analysis, which Yeo says is essential for business partnering. But he also knew that there were inefficiencies in finance processes, such as billings, for example.

Epsilon has an ERP system, but clients were still being billed manually. “The Oracle system was not fully utilized,” says Yeo. A project to automate billings and have this new system interface with Oracle is now in its final stages.

“The people here are so passionate about growing the company,” he says. “They just need a structure and direction.”

In addition to automation, Yeo is also looking at the internal controls in place at Epsilon. The company is not listed, so what is expected at a public company like M1 in terms of compliance, reporting and governance does not really apply.

Yeo aims to avoid “over-controlling” that is perhaps inevitable in a public company. For Epsilon, the objective is to put in place an “appropriate level of control” that strikes a balance between compliance and operational agility.

The automation and other initiatives are mean to free up the 20-strong finance teams in Singapore and the UK to engage more with the business. Yeo says he is lucky in that the new people that were hired have the fresh mind-set required for business partnering, while existing staff that have been retained are open to it. “Those who weren’t receptive would have left,” he says. “Generally, I have a very good team.”

“You want to emphasize the importance of having good inter-personal skills with your fellow stakeholders and other departments. Part of my job is really to coach”

Still, expectations of finance’s remit continue to evolve, and the task of engaging with and supporting the business is a dynamic art. What works with one business unit head may not be as effective with another executive. And the capabilities required, including data analytics and communication and persuasion skills, are not always taught in school.

“Things like team-building that used not to happen, that’s going to be built in,” says Yeo. “It’s not my style to sit in my office; I will go to where they are and engage them. You want to develop their communication skills. You want to emphasize the importance of having good inter-personal skills with your fellow stakeholders and other departments. Part of my job is really to coach.”

The ultimate goal, of course, is to make finance an effective partner in attaining sustainable growth and boosting revenues and profits – while managing and optimizing costs, enhancing controls, compliance and reporting, and ensuring accountability to the owners, regulators and other stakeholders.

M&A is also on the cards, adds Yeo, who is also not ruling out an eventual initial public offering. He had helped oversee the listing of Pacnet and M1. And three years hence, he would reach the crossroad once again, and must decide whether to continue or change.