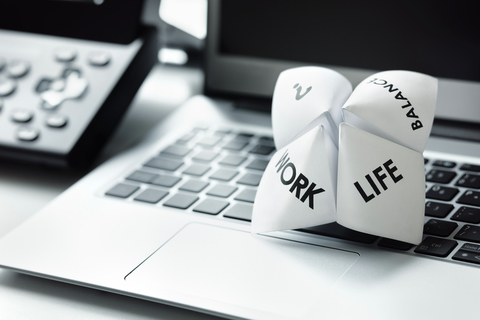 While workspace provider Regus said last week that flexible working would contribute US$10.04 trillion to the global economy by 2030 and economies such as China and India would benefit the most, a behavioral economist at ING lauds the four-day work week as a productivity booster.

The way many people work today is changing, and it's not just about going part-time or hot-desking, said Jessica Exton, behavioral scientist in ING’s consumer economics team which conducts research about how people feel about financial decision-making.

While the idea of flexible working and the four-day week doesn't have many fans yet in Asia Pacific, there are increasing calls to reduce the length of the work week elsewhere, she pointed out.

“Recently, the UK’s Trades Union Congress claimed that eight out of ten British workers want to reduce working time in the future, with nearly half opting for a four-day working week, without loss of pay, with the TUC suggesting new technology will make work more efficient and profitable,” she said.

While the trust company implemented productivity measures to ensure the continued performance of the group before the four-day week became effective, the changes had a positive effect in prompting people to question their ways of working and developing more efficient approaches prior to the trial, she noted.

The removal of a whole workday each week did not interfere with overall performance, she added.

In Iceland as well, the city government in the country’s capital Rejkjavik found that costs and productivity remained the same with half a work day removed each week, she said, adding Sweden is also trailing similar ideas across a range of sectors and roles.

Exton pointed out that work-life balance being a top priority and the trend towards increased efficiency are nothing new.

“Back in 1930, the economist John Maynard Keynes predicted that technical progress could lead to a 15-hour work week, she said. “We're not there yet, but being able to improve efficiency and reduce work hours isn’t so surprising if we look at a 2016 survey which found that the average office worker in the UK is actually productive for all of 2 hours and 53 minutes out of their 8 hour work day; It seems like we may have some room to play with here.”

While employees are more likely to be happier and productive with a four-day week—such benefits can be translated into a lower turnover and thus reduced cost associated with workers changing jobs, there are questions that must be addressed before the actual implementation.

According to Exton, some of these questions include:

While it’s a tempting thought and some preliminary trial results are interesting, there's still no firm evidence whether a company or even country would benefit from a reduction in work days, she said.

“But if new technology does increase productivity and ultimately profit, we could soon see a considerable change to the traditional 9-to-5,” Exton predicted.