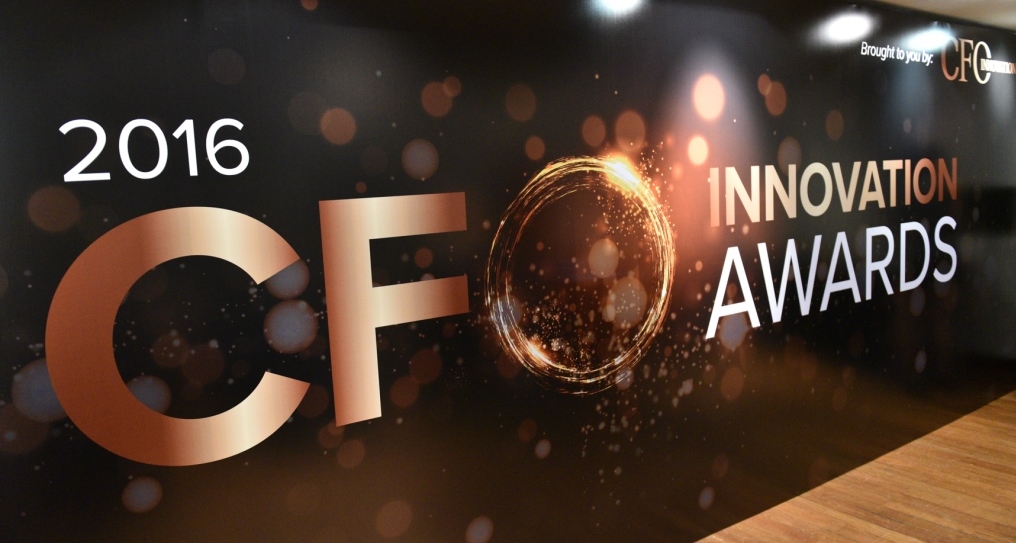 Five finance leaders were honored with the 2016 CFO of the Year awards in Singapore in December. They were chosen by a panel of judges comprising the 2015 CFO of the Year, Geert Herman August Peeters, Group Director and CFO at Hong Kong’s CLP Holdings Limited; 2015 Excellence in Finance Transformation winner Steven Siew, CFO of Amata Corporation; Vincent Liew, Global CFO of Aedas; and Cesar Bacani, Editor-in-Chief of CFO Innovation.

Now on its fifth edition, the 2016 CFO Innovation Awards was attended by more than 120 CFOs and other guests, including representatives from accounting firms, banks, business software companies, consulting firms, outsourcing providers and other finance partners.

And the honorees are:

CFO of the Year: Wei Mei Zhong of Dahua Technology

It’s not every company that can boast a 21% surge in profit on the back of a 37% increase in revenue, particularly in a restructuring – and slowing – economy like China. But China-listed Dahua Technology, a product and solutions provider in the global video surveillance industry, did just that.

CFO Wei Mei Zhong helped boost net profit to RMB1.4 billion (US$212 million) on revenue of RMB10 billion (US$1.6 billion) in 2015. That’s one outcome of a transformative direction Wei championed – turning the company from a supplier of surveillance products to one that also offers systems integration and operating services in integrated packages, and a participant in public-private partnership (PPP) projects. 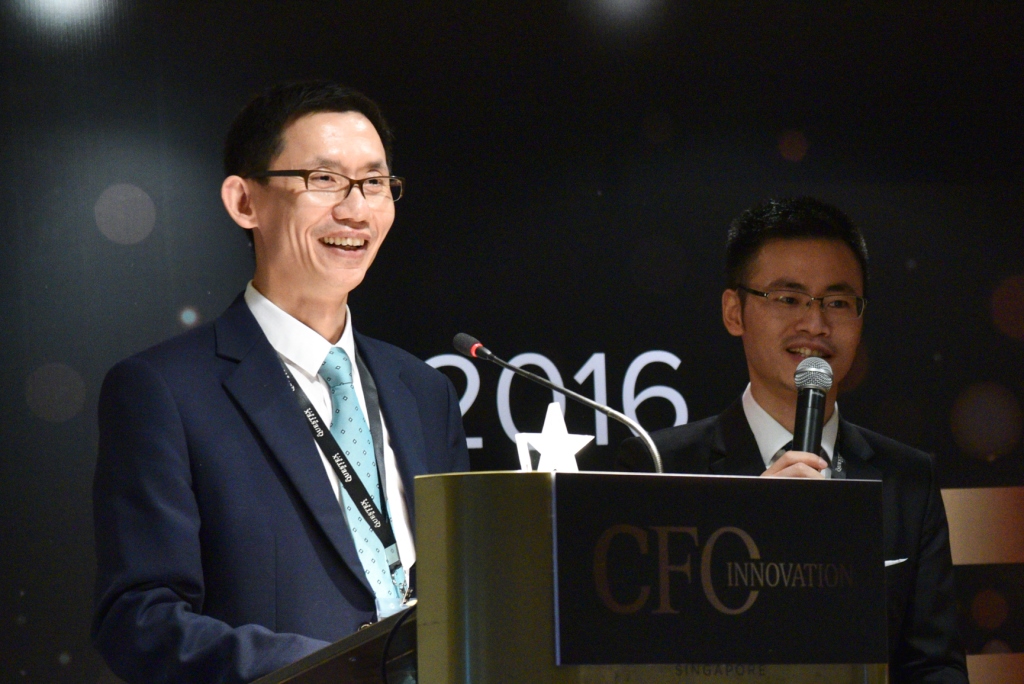 That transformation is being achieved in part through M&A. As CFO, Wei has engineered acquisitions to deepen the core surveillance business, primarily in audio and video technologies, and also to expand to emerging technology areas such smart homes, virtual reality, unmanned aerial vehicles, and biometrics.

One acquisition in 2015, Hangzhou Tanmu Technology, which focuses on RFID (radio-frequency identification) applications, has just won a bid to build a vehicle management system using RFID-linked camera capture technology. The company is aiming for swift commercialization of the emerging technologies it has acquired or is incubating internally to reach its RMB100 billion revenue target.

Drawing on 22 years of experience, Wei established the 110-strong Financial Shared Services Center to provide financial services to headquarters and 64 subsidiaries and branch offices in 31 countries. The group handles not only traditional processes such as AP and AR, general ledger, treasury and tax, but also credit control, internal control, budget analysis and evaluation, investment management, and process optimization.

An MBA from China’s Central South University and a CPA, certified tax accountant, certified assessor, and certified international internal auditor, Wei has infused technology in financial management and other company processes (the CFO also oversees IT and HR). The aim is to continuously upgrade, standardize, automate and optimize operations, supply chain, marketing, procurement and other activities by leveraging the cloud, mobile apps and emerging technologies like blockchain.

In early 2015, US multinational Johnson & Johnson embarked on what it called “Enterprise Standards of Productivity” as a key driver of growth. The finance function led the ESP journey by remodeling itself into a three-tier structure: Global Services, Corporate Services, and Business Unit Services.

The first two units have been in operation for some time, with Global Services focusing on accounting-to-reporting, invoice-to-cash and transactional work while Corporate Services took care of treasury, tax, audit, investor relations and compliance. The biggest change was in Business Unit Services, which had been run in the last 130 years by teams in each country.

Senior Finance Director Krishnan Anantharaman took on the responsibility of setting up the Asia Pacific Business Support Center of Excellence to undertake FP&A activities from planning to reporting to analytics for all four product sectors and 15 countries in the region. (Decision support, management reviews and sector-led finance resources remain in-country.)

It was a challenging sell because the existing finance model was working well. Why change? The feasibility of conducting planning, reporting and analytics centrally was also questioned, since management decisions are made locally. What about the high cost of doing FP&A from expensive Singapore? And can the new center of excellence recruit the needed finance talent?

Krishnan Anantharaman came to dinner with his wife 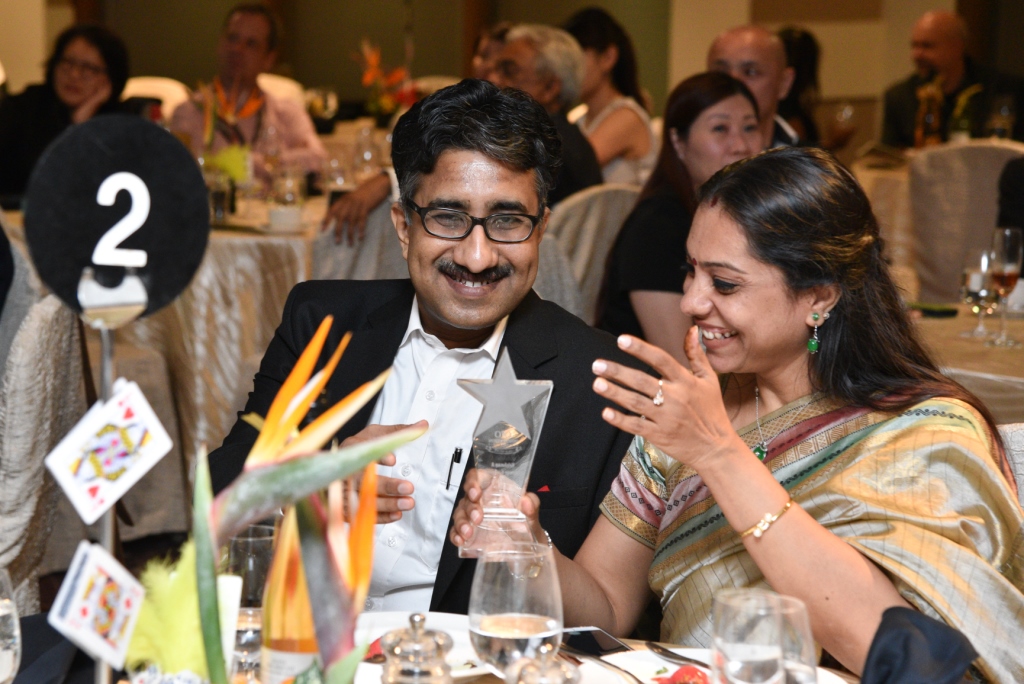 Krishnan deployed a variety of strategies to execute on the finance transformation. He visited more than 20 organizations to study their CoE deployment and engaged with the Economic Development Board of Singapore, resulting in grants that helped defray the CoE’s operational costs. The National University of Singapore agreed to give J&J first right to hire students of its MBA course on analytics, and allowed the company to offer internships and get involved in capstone projects.

Two-day workshops were held in 12 countries with finance, business unit partners and local board members to establish the CoE brand, its vision and guiding principles, as well as recruit talent for the new facility. Persuading business-unit CFOs to rotate their top talent to the CoE, Krishnan created a talent pool that is a balanced mix of young and experienced hires, 74% CPA, CMA or MBA, and multi-ethnic (12 nationalities, all of them bilingual).

A CPA, CMA, CFA and MBA, Krishnan has been with Johnson & Johnson for more than two decades, after a three-year stint with Indian electrical engineering Bharat Biljee in 1991.

With 2.4 million customers, 28,000 employees and 2015 revenues of 11.7 billion ringgit (US$2.6 billion), Telekom Malaysia generates massive amounts of data. Fortunately for the company, Group CFO Bazlan Osman embarked on a three-year automation program in 2015. Business planning, budgeting and financial forecasting are now automated and extended to all business units and functions, including strategy, human capital planning and customer experience assurance.

As a result, the nearly 800-strong finance team spends less time on manual processes and finalizing numbers, allowing them to devote more of their energies to analytics, performance management, scenario planning and stress-testing. This is allowing finance to provide business u 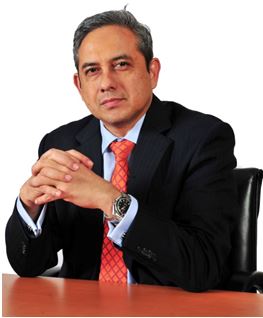 nits with rolling forecasts and information about value drivers, garnering buy-in from stakeholders on which FP&A’s success ultimately depends.

So far, the outcomes include a revenue assurance system called TRACE that aims to detect and recover revenue leakage by focusing on core leakage points, and a program known as CONCISE that combines multiple credit strategies and predictive analytics. CONCISE allows the business to approach on-time and late payers differently and detect accounts that have a higher chance of being used for fraudulent activity, as two examples.

Bazlan is a Fellow of the Association Chartered Certified Accountants and a Chartered Accountant of the Malaysian Institute of Accountants. Starting his career as an auditor with a public accounting firm in 1986, he was CFO of Celcom Berhad in 2002 and became Group CFO of Telekom Malaysia in 2005 after the merger of Celcom and TM Cellular.

As APJ Regional CFO, Richard McLean provides oversight and leadership to more than 250 finance professionals in finance and administration roles across the region. He believes that continuous education and a learning culture are key to maintaining motivation, sustaining organizational growth and influencing improved business performance.

Working with HR and SAP’s global team, McLean embarked on a talent management plan aimed at enhancing the core professional skills of finance employees to endow the team with judgment-based decision-making capabilities. The goal is to develop a commercially savvy, customer-centric function with advanced business partnering skills. 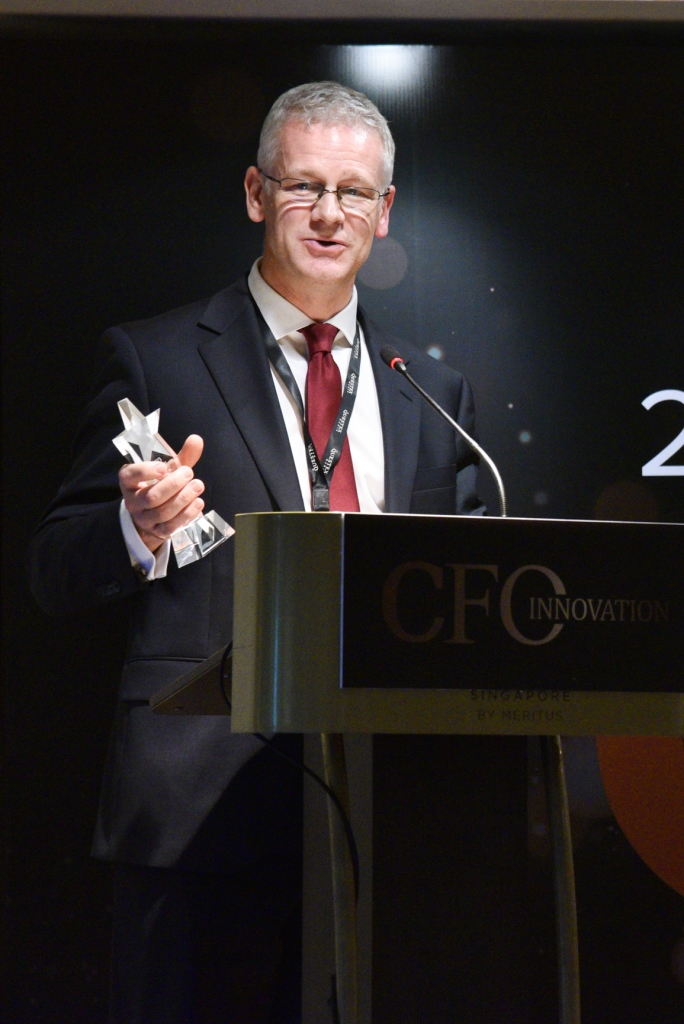 McLean is also a firm believer in fostering an inclusive working culture and promoting diversity. An executive sponsor of the Business Women’s Network in Singapore and a member of SAP’s Global Finance Diversity and Inclusion Council, he has achieved gender balance in the APJ finance leadership team, which is 48% comprised of women.

As part of succession planning, McLean listed more than 30 management roles in The Job Catalogue on the APJ GFA (Global Finance and Administration) to help finance teams understand what their senior colleagues do and the skills they use in their day-to-day responsibilities. The catalogue complements [email protected] program, which brings together existing development offerings to enhance business partnering and transformation agent skills with a focus on hands-on experiential learning.

[email protected] includes small projects led by young aspirants to address root causes of problems in finance, workshops, job shadowing, coaching and mentoring. Piloted in 2015, 41% of aspirants have been progressed, promoted and/or have become managers.

Originally from Northern Ireland, Singapore-based McLean joined SAP in 2008 as CFO for Australia and New Zealand and then became Regional CFO in 2015. Before then he was with Microsoft and PeopleSoft in Sydney, where he relocated after spending the first 12 years of his career in the UK.

As CFO for Southeast Asia at SAP, one of the world’s leading provider of enterprise software, Zipperle has access to the latest technologies around cloud services, Big Data, Internet of Things and business networks. One capability that Zipperle and his team rolled out is an app that lets sales executives have a real-time view of their customers’ open invoices. This helped drive down DSO by over five days and fostered collaboration between the sales and collection teams.

In the second quarter of 2016, he and his team implemented Concur, a cloud-based travel and expense solution that fully integrates the T&E experience from booking to reimbursement on a mobile device. T&E employee productivity in SAP Southeast Asia has risen by about 50%, as a result.

More recently, SAP Asia teamed up with students of the National University of Singapore to develop an application that allows sales executives to benchmark their sales opportunities against all historical SAP contracts. The aim is identify any potential to increase deal size and value. Zipperle is now piloting the new solution in Southeast Asia before it is rolled out globally.

SAP Southeast Asia is taking full advantage of SAP’s simplification of its core ERP system, which over the last five years has been pared to a single ledger and run on an in-memory database, removing the need aggregation. The technology-enabled system allows real-time reporting from the highest level down to the individual invoice document.

Born in Germany and now based in Singapore, Zipperle has an MBA from the University of Mannheim and has been with SAP all his working life. He started in 2000 as controller for the Manufacturing Industries development area and then moved on to become finance and administration manager of SAP Labs and Support Center China, COO of SAP R&D Center Korea, head of regional controlling of SAP Asia Pacific Japan, and now SAP Southeast Asia CFO. 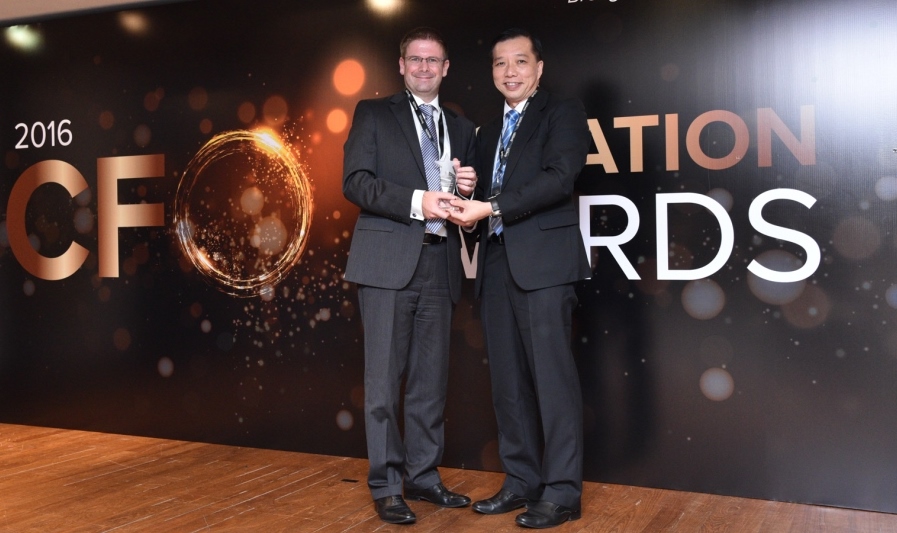