Career Paths: The Testing Times of a Singapore Finance Professional

For CFOs in Asia, Singapore-based Hsiao Yun Liew may be somewhat of a rarity. She holds a financial planning & analysis (FP&A) professional qualification, one of a few in the region at this time that have earned that credential from the US-based Association for Financial Professionals.

“I took about two months to prepare for the exam, spending between two hours to eight hours daily, depending on whether it was a workday,” Liew (pictured) recounts. Now FP&A Manager at global data intelligence consultancy Wood Mackenzie, she earned the Certified Corporate FP&A Professional credential in May. 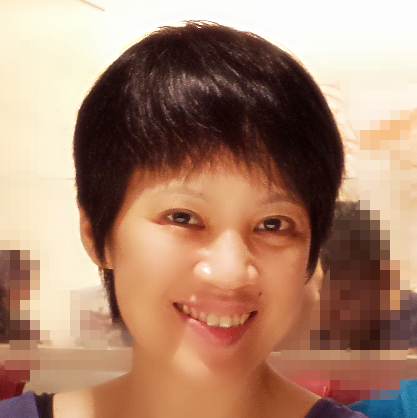 “Accountants don’t usually produce this kind of analysis. We need to know what is driving the numbers, not only report what those numbers are”

Why spend around US$1,000 to earn the designation? Liew has been in FP&A since 2005, when she became a management accountant at industrial equipment multinational Caterpillar. She moved on to power tools maker Stanley Black & Decker as Southeast Asia FP&A Manager in 2012, before signing up with Wood Mackenzie in August this year.

In other words, she already has the skills, expertise and experience that are in demand in Singapore and elsewhere in the region.

“I wanted to know more and see whether there is a standard and consistent way of doing FP&A,” Liew explains. In Asia, people like her learn FP&A “from work experience rather than teaching, so I was curious to see what is actually taught.” Liew says the online program equipped her with “a lot of insights on the FP&A process, key performance indicators, and technical skills.”

Like others in FP&A, Liew can have her pick of jobs. Finance organizations in Asia are beginning to catch up with their peers in the West in terms of extracting and analyzing internal and external data for pricing, forecasting, budgeting, planning and risk management. So CFOs are always on the lookout for professionals like Liew, who are perhaps more in demand these days than, say, financial controllers or treasurers.

She is actually a chartered accountant, but the skills and perspectives of that discipline are different from that required in FP&A. “Accountants don’t usually produce this kind of analysis [the FP&A practitioners do]. We need to know what is driving the numbers, not only report what those numbers are.”

Of course, monthly closing reports, ledgers and other financial reports are crucial to the analyst’s work. But so are operational data, sales pipelines and even external information such as industry trends, competitor results and GDP growth. “We have to know what’s out there in the market that affects the numbers,” says Liew.

At Caterpillar, Liew prepared detailed reports analyzing price realization, geography mix and other “money financials” in the Asia Pacific region. These went to the Business Account Manager, who had a reporting line to the global CFO and also to the Vice President for Asia Pacific.

Caterpillar has been operating in Asia for four decades. “They actually built up a strong FP&A function globally and in Asia Pacific as well,” says Liew. “They have a very good data warehouse . . . and they use [business intelligence software] Cognos.” Caterpillar also had a set format and a structured way of reporting. “Every month end, you have certain reports to fill in.”

It was very different at Stanley Black & Decker, which is the result of the 2010 merger of Stanley, founded in 1843, and fellow American tools maker Black & Decker, established in 1910. Systems and procedures have yet to be fully unified, so the data generated by the Stanley systems could not be merged automatically with the Black & Decker information.

Regardless, FP&A still needed to be done. The workaround was Excel. “We built macros so people can slice and dice the way they want,” says Liew, who was brought in to set up FP&A systems and procedures for Asia. “But you had to manually input new data every time.” Care was necessary to make sure there were no data entry errors.

“Cognos definitely can hold a lot more data than Excel, but Excel is more user- friendly,” reckons Liew. “It’s easier to train someone to use Excel than Cognos.” She had two team members at Stanley Black & Decker; she was “standalone” at Caterpillar.

“But if the organization is a simple one or just two business units, whether you use Excel or Cognos probably does not make much difference to the staff requirements,” says Liew.

She is standalone once again at Wood Mackenzie, which uses Excel for FP&A. “The role presents an interesting challenge as there hasn’t been an FP&A team previously. I’ve always enjoyed the task of setting up new process and see it grow into an established and efficient one that supports decision-making, just like what I have done in Stanley Black & Decker.”

Instead of pricing, the FP&A focus at Wood Mackenzie is on cost, particularly staff and fixed expenses – these account for a large chunk of people organization’s spending. “If we can manage those costs, then the next thing would be to do the correct pricing, and then we can get the correct margin.” FP&A would be analyzing drivers and benchmarking against peers and historical performance.

Working closely with the CFO, business units and subsidiaries, FP&A is a key player in forecasting – “rolling forecasts as well as the annual forecast and all the expenses forecasts,” says Liew. That’s in addition to ad hoc projects that sales (pricing), marketing (ad campaigns), and the CEO (strategy-setting) may request.

“Sometimes people are afraid of giving a forecast because it will show that the forecast is actually lower than what the target is and they are afraid to explain that upfront,” says Liew.

FP&A’s job is to educate managers on the art of making a considered judgment of the shape of the near future. “It takes a few months to make sure they are giving realistic forecasts,” she says. Her approach is to examine historical and current data to “see whether what they say they will do is supported by orders on hand, for example, or at least 90% of it.”

Still, “some people will keep arguing, saying, No, I think I can do it. Even when the month is ending, they will keep telling you they can do it.” In the end, “they will be reprimanded, whether they face it now or face it later. It’s the same consequence.”

Perhaps the target is set too high? That may happen if the company made the mistake of promising shareholders a certain level of revenues and profits based on over-optimistic assumptions. “Or conditions might have changed, such as the imposition of martial law in Thailand in May, which changed market conditions,” says Liew.

For Liew, the Certified Corporate FP&A Professional qualification rounds out her FP&A toolkit. She had found the program while browsing the Internet. “I was searching the web for a ‘proper’ FP&A certification and chanced upon it,” she recalls. “It seems like the only FP&A certification available.”

Although developed in the US, the course content is designed to be transferable across geographies. Candidates are given access to case studies, modeling problems, practice tests and helplines. They can then book to take the exam during one of two testing windows, typically from February 1 to March 31 and from August 1 to September 30.

“When there are changes, there’s always pushback from people that refuse to change”

After two months, Liew felt she was ready. She passed the exam on her first try (candidates can sit ten times, meaning that they have five years to study and be tested). Administered in a test center in Singapore, the two-part computer-based exam took six hours. It comprised multiple-choice and open questions, where “you have to key in the analysis as well as the numbers you calculated.”

Is it all worth it? Yes, says Liew. “It gives me a lot more confidence in dealing with business partners, with the knowledge gained as the backbone. Secondly, by embarking on the learning, it demonstrates to employer or prospective employers that one is determined to develop in the FP&A field.”

She says the general principles are the same in the course and at work. But “I was exposed to a more structured way of looking at FP&A, as well as some key performance indicators I was not exposed to before.” One such KPI is rate of renewal, which was not relevant in Caterpillar or Stanley Black & Decker.

But that indicator is important in Wood Mackenzie, says Liew, because a big part of revenue comes from subscriptions to data, with consulting accounting for only 20%. In the course work, “there are standard definitions for most of the KPIs. There’s also a consistent way of calculating each one.”

Introducing these KPIs in real life can be challenging and something that no course work can really teach. While the materials give advice and best practice examples on the “soft skills” of communications and persuasion, at the end of the day it is the finance professional that has to make them work.

“When there are changes, there’s always pushback from people that refuse to change,” says Liew. “You have to explain to them how important [the new KPIs] are to the company, why we are measuring this and that.” Getting buy-in from senior management is crucial, but so is gaining support from business units and others in the organization.

That’s why it can be difficult to recruit effective FP&A professionals, she says. “On one hand the person needs to be able to connect with the different teams, different people outside of finance. On the other hand, the person has to be technically good in terms of numbers.”

That sounds exactly like the qualities that CFOs must possess.