The Career Games: An Athletics Olympian on Developing a Winning Mindset 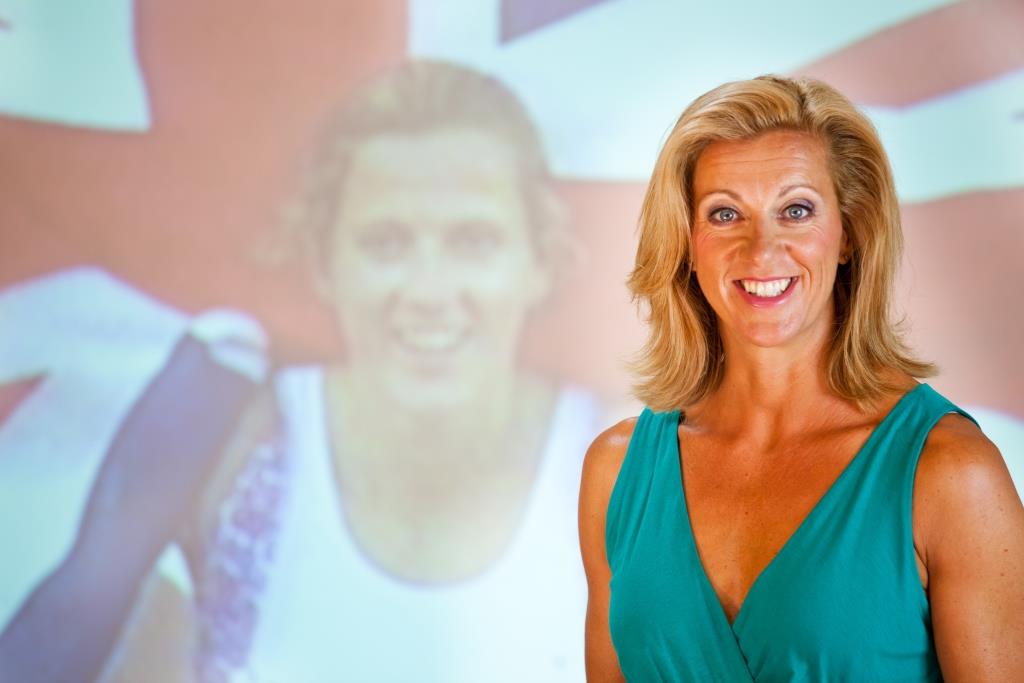 Imagine that you are at the starting line on an Olympic track, the culmination of many years’ hard work and sacrifice preparing for the biggest race of your life. The stadium is filled with 80,000 spectators, floodlights blaze, television cameras are trained on you, and the expectations of an entire nation are on your shoulders.

How would you perform under that kind of pressure?

A winning mindset can make the difference between achieving our goals or falling short and is as important for professionals striving to achieve their career objectives as it is for elite athletes, said British Olympics athlete turned motivational speaker Sally Gunnell.

At the 1992 Summer Olympics in Barcelona, Gunnell was able not only to maintain her focus on the 400-meter hurdles race in front of her, but also win gold for Great Britain. At the same Games, she captained the 4x400-meter relay team to a bronze medal.

She remains the only woman to hold the Olympic, World, European, and Commonwealth track titles concurrently.

“Spend time visualizing what it is you are trying to achieve and how you are going to achieve it, rather than just expecting things to happen”

Gunnell is a believer in the power of the mind, and she said that the majority of us don’t tap in to it enough. At the more difficult times in her racing career, when nursing an injury for example, she credited that power with getting her around the track.

Cultivating a winning mindset involves goal setting, planning, and visualization. The groundwork that Gunnell had put in place over the months leading up to a competition enabled her to block out doubts that could bubble up under intense pressure.

Instead, she was able to focus on positive thoughts, such as being in the best shape of her life or simply striving to do her best, or reminding herself that this was not a matter of life or death.

Preparing for any high-pressure scenario involves visualizing what it would be like and how it would feel. It also involves taking into account any problems that might come up, thinking about how you would overcome that problem, and visualizing your success in spite of that obstacle. On the track, that might involve planning for bad weather, a poor start, or a late arrival.

“That’s the only way you’re going to be able to get through those difficult situations on the start line,” Gunnell said. Lack of mental preparation is often a problem for athletes who fail to live up to their potential.

Goal setting is key to drive and focus, Gunnell said, so a clear picture of your objective is essential. “Spend time visualizing what it is you are trying to achieve and how you are going to achieve it, rather than just expecting things to happen, and put timescales around it,” she said.

Gunnell advised starting with the bigger picture and working backwards from there. “Fix the end goal and think big, out of the box, and then move back down to ‘How am I going to get there?’, ‘What have I got to put in place?’.”

Many professionals hold themselves back and don’t move on to the next stage of their career or take their business to the next level because they don’t actually believe in themselves, Gunnell said. If we are not challenged, we don’t grow and can become complacent in what we are doing.

In Gunnell’s case, that challenge involved changing events, even after winning gold in the 1986 Commonwealth Games. “I look back, and I so easily could have stayed doing 100-meter hurdles because I was best in the country and in the Commonwealth. Why wouldn’t you just settle for that?”

However, realizing she lacked the speed to be world-class at that distance, Gunnell set her sights in 1987 on the 400-meter hurdles, where her stamina would give her the edge. It proved to be a winning decision.

“When you have disappointments or setbacks, try to find a positive out of every situation . . . Once you have found that positive, it’s easier to move forward”

Seeing setbacks as an opportunity to learn and grow is an essential part of a winning mindset.

Dwelling on past disappointments stops you from moving on. “There are always things that go wrong, but what I’ve learned from my running is that’s all part and parcel of what helps you get there in the end—it makes you love what you do and get a better understanding of what you do.”

“When you have disappointments or setbacks, try to find a positive out of every situation,” she advised. Ask: What am I going to learn to stop this from happening again? How can I improve on this the next time around?

Identify what was missing and what you need to put that in place. “Once you have found that positive, it’s easier to move forward.”

Just as nutrition and hydration are essential to an athlete’s achievements, wellbeing is key to performance and success in business.

Since her retirement from athletics, Gunnell has been working with companies to promote health and wellbeing in the workplace. She encourages participants to consider these factors on a day-to-day basis.

Eating the right foods at the right time of day provides a steady supply of energy for concentration and focus, can prevent an afternoon dip, or help you get over jetlag.

Hydration is another critical factor in our ability to concentrate. Recognizing sources and levels of stress and thinking about the way you relax also has an effect on performance.

Gunnell urges all professionals to seek a mentor, which she sees as an essential development tool.

“We often think we should know it all,” she said. “But don’t be afraid to ask for help. You’ve got to realize you’re better off having people to give advice, and then be open to looking at that advice and learning from it.”

Samantha White is a Senior Editor at CGMA Magazine, a publication of the Association of International Certified Professional Accountants, which offers the Chartered Global Management Accountant (CGMA) professional designation. The association is a joint venture of AICPA in the US and CIMA in the UK. Click here to subscribe to the weekly newsletter CGMA Magazine Update.