Asia's Star CFOs and How Much Money They Make 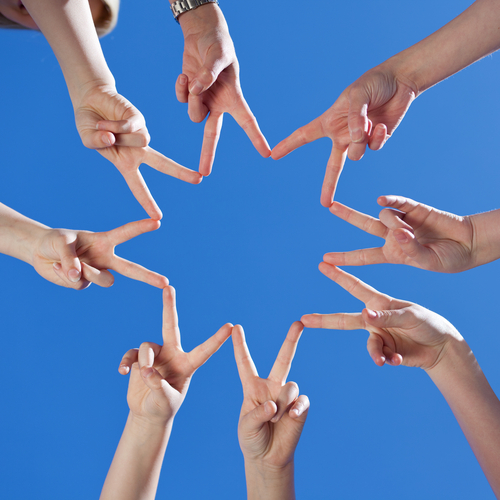 You win some, you lose some.
When CFO Innovation published its inaugural ranking of Asia’s highly paid CFOs in August last year, 7.7% or 117 of the total 1,524 finance chiefs in the region whose compensation was reported in regulatory filings earned at least US$1 million in fiscal year 2011.
S&P Capital IQ, a provider of multi-asset class and real-time data, research and analytics, once again searched its database to rank CFO compensation in fiscal year 2012. This time around, it found 1,591 names with reported income – but only 6.7% (or 107) of those packages were worth at least US$1 million.
Salaries are not being cut, but profit-linked bonuses are getting slashed, particularly in Australia, China and Hong Kong. David Mark Lamont, for example, who is CFO of Australian base metal mining group MMG, saw his bonus fall 34% to US$778,000, although he still made US$1.9 million. He is currently ranked No. 30 in total compensation, compared with 19th last year.
That said, some CFOs made handsome gains. Lambert Lu of Hong Kong property developer S.E.A. Holdings earned only US$731,199 in fiscal 2011. His total compensation has now soared 234% on the back of US$1.6 million in restricted stock and option awards, propelling him to No. 19 – from No. 177 last year – in this year’s list.
The takeaway? Structure your compensation package in several components – fixed salary, variable cash bonuses, restricted stock and options awards, and other schemes such as non-equity incentives. Everyone in this year’s Top 50 list of the best-paid CFOs had their pay boosted by bonuses while the majority also enjoyed gains from restricted stock awards.
And say yes to additional assignments. Many of the top CFOs in this year’s list have other titles, including Executive Vice President, Executive Director, Member of the Board, Executive Committee Member and Member of the Risk Committee.
Benchmarking your salary
As we noted last year, rankings like this one are useful for benchmarking one’s compensation package. The S&P Capital IQ database contains the actual earnings of nearly 1,600 CFOs in fiscal year 2012, broken down into salary, bonus, restricted stock awards, option awards, non-equity incentive plan, pension plan changes and other forms of compensation.
Take note of this when salary negotiation time comes around, in your present company or if you’re moving to a new enterprise: The median annual salary of CFOs in Asia is the equivalent of US$167,634 (see table below), more or less the same as in fiscal year 2011. The average salary, however, is a heftier US$214,245.
Median and Average CFO Salaries and Total Compensation 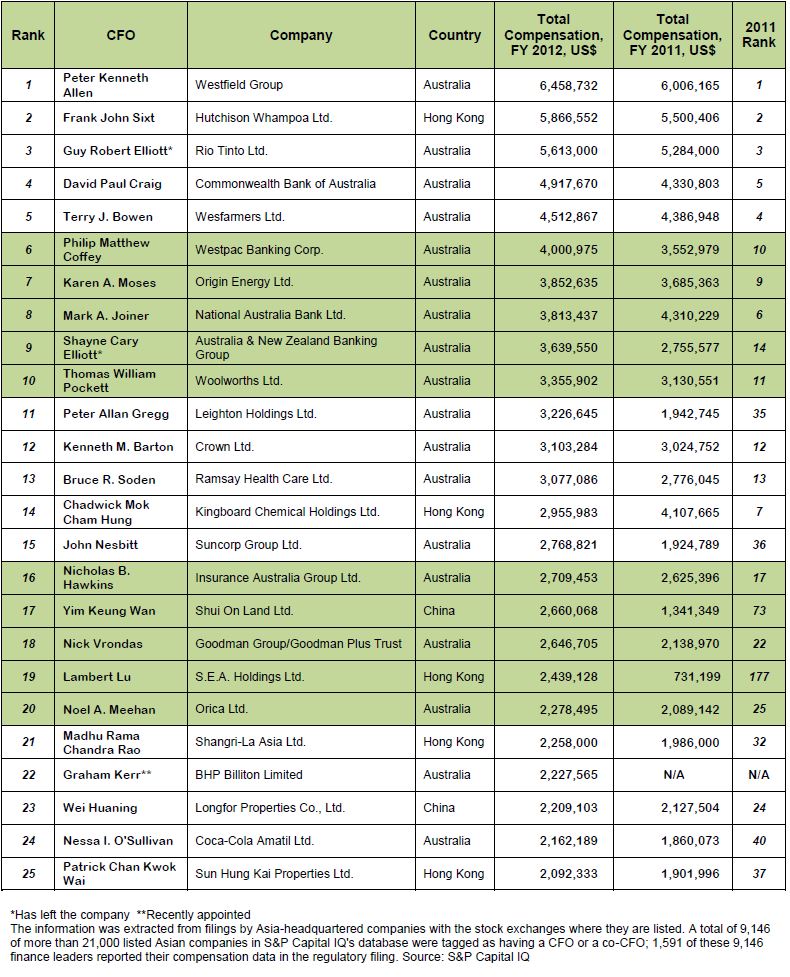 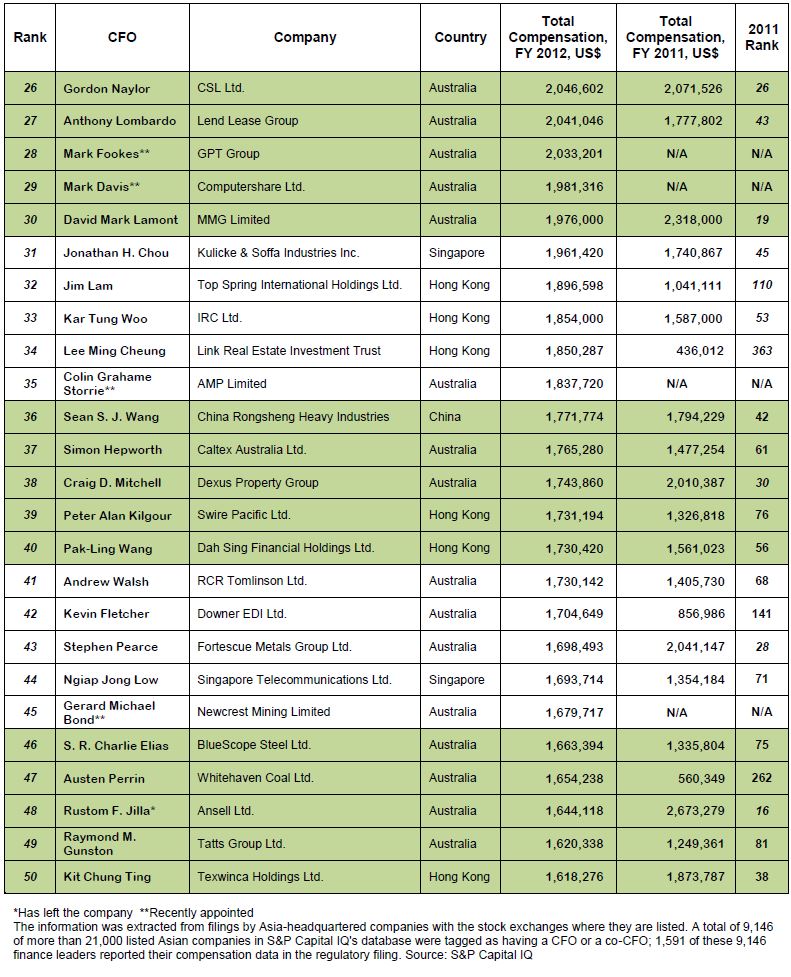 Local achievers
Because the Australians dominate the regional league table, some millionaire CFOs from other markets were pushed out of the list. We rank the top 12 best paid CFOs in the S&P Capital IQ database according to domicile.
China: Top 12 CFOs 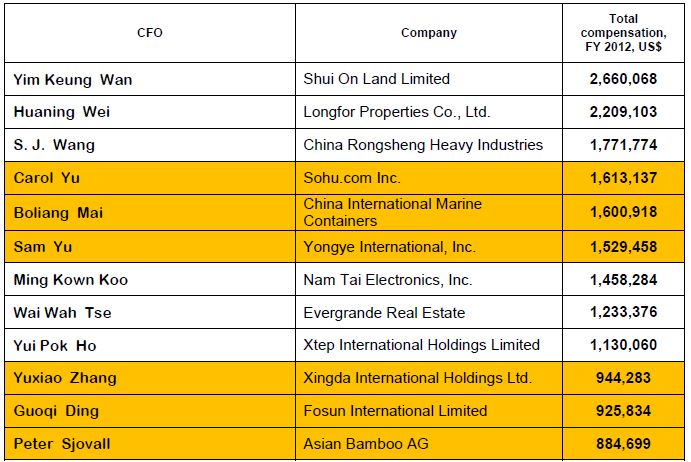 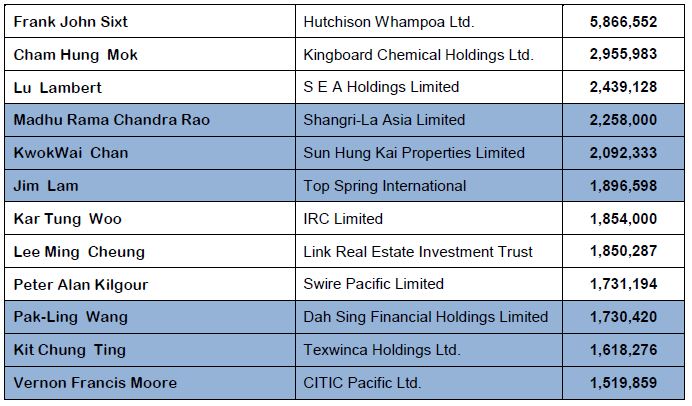 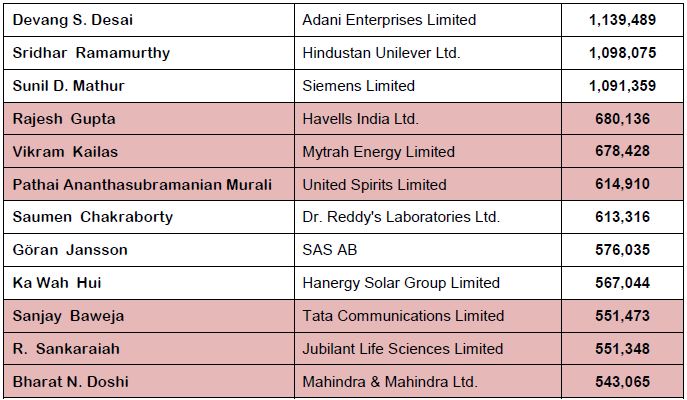 S&P Capital IQ has compensation information for only a few companies headquartered in Singapore, so we cannot generate a league table for that market. However, these four CFOs are among the best paid in Singapore:
Singapore: Million-Dollar Club

Points to ponder
What does all this tell us? CFO Innovation observed last year that “the ability of non-salary incentives to provide rocket fuel to total compensation is evident.” We cited the case of Chadwick Mok Cham Hung, Head of Finance and Executive Director of Kingboard Chemical in Hong Kong. His fiscal-year 2011 compensation came to US$4.1 million after he was granted a US$2 million in option awards and US$1.8 million in bonuses.
In this year’s list, Mok’s total compensation was reported at US$2.9 million, down 28% from fiscal 2011. While his salary and bonuses were basically unchanged, his option awards came to only US$897,465, some 55% lower than in fiscal 2011.
The opposite is the case with the aforementioned Lambert Lu, whose total compensation tripled after the grant of US$1.6 million in restricted stock and option awards, none of which he got in fiscal 2011.
What made the difference are the restricted stock and option awards. Negotiating your compensation package to include stock and option components would seem to be a good move. But don’t expect to make immediate gains. The pay-off is going to be years down the road, and there will be times when you’ll get zero gains from stock and option awards.
In addition, if you want to be a millionaire CFO, it will help to work in large and well-known companies in financial services, real estate, oil and gas, mining, retail and telecommunications in Australia. These are the employers of the vast majority of the 107 millionaire CFOs in S&P Capital IQ’s database.
About the Author
Cesar Bacani is Editor-in-Chief of CFO Innovation.
Photo credit: Shutterstock
Read more on
professional development compensation and benefits