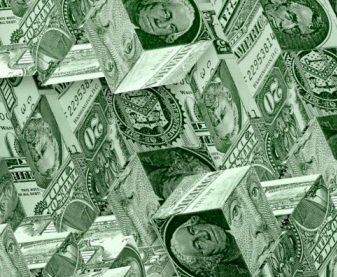 Last month, I met a European finance professional who, until recently, was the CFO of a manufacturing company with factories in China. This finance chief had come to Asia on an expatriate package, which includes a flat in Hong Kong’s high-end Mid-Levels neighborhood.

“I cleaned up financial management and put systems in place for faster monthly closing and reporting,” this CFO told me. “I worked closely with the CEO on providing insight, business partnering and strategy. Then when everything was running smoothly, I was fired.”

The company had found a Hong Kong financial controller who was happy to join on local terms, without the housing and other perks enjoyed by the European CFO. Granted a generous separation package, the former finance chief is currently looking for another position preferably in Hong Kong – but is insisting on an expat package.

This is yet another piece of data in the renewed finance recruitment dance across Asia’s resurgent economies. Research by specialist financial recruitment firm Robert Half finds that 18% of employers in Hong Kong, for example, will be hiring senior finance executives, 68% are looking for middle managers and 61% entry-level finance staff.

“Now that the economy is improving, a host of new positions have opened up and companies need to do what they can, especially from a financial perspective, to protect their business from losing key talent,” Robert Half notes in its Asia Pacific Salary Guide 2010/2011.

At the same time, however, cost management is a key plank in corporate initiatives to deal with inflation and other problems associated with recovery and growth, given the surging prices of oil and other commodities and the strengthening local currencies against the U.S. dollar.

The CFO’s compensation package, as are those of other C-level executives, is not exempt from scrutiny by the board. Directors will be asking whether expat positions can now be filled by local talent, given that the localization process has been ongoing for quite some time.

This is not to say that highly compensated finance executives and staff across the board are losing their jobs. Demand for finance talent remains relatively tight as Asia’s economic recovery continues. The jobless rate in Hong Kong is currently a low 3.6% and even lower in Singapore (2.2%). In China, the urban jobless rate is 4.1%.

Indeed, what is happening, according to Robert Half, is that finance professionals are starting to switch jobs. “Employees who were reluctant to move during the economic downturn have a renewed optimism and are likely to make higher demands on their current employers or review other options,” the recruitment firm notes.

As CFO, how do you know that you are being paid enough (or are too richly compensated and therefore run the risk of getting replaced)? Robert Half’s latest salary survey, fieldwork for which was done from 24 March to 8 April 2010, gives useful benchmarks.

CFO Salaries
The numbers are necessarily general, do not include housing, education, tax and other allowances, and tend to have wide ranges, depending on years of experience and other factors. The table below shows annual CFO salary ranges in the local currency and in US dollar equivalents (I used the exchange rate as of 13 April 2011 to convert).

Predictably, CFOs with more than 15 years of experience are the highest paid – the longer a finance chief has been in the position, the higher the annual salary he or she commands.
To compare across markets, I converted the local-currency salaries into US dollars. In US dollar terms, 15-year veterans in Hong Kong and Sydney are the most richly compensated.
I’m not surprised that Australian CFOs are among the highest paid in US dollar terms, because the Australian dollar has strengthened 13% or so against the greenback from a year ago – and 43% from five years ago.
In contrast, the Hong Kong dollar is pegged to the American currency, so the US dollar equivalent of CFO salaries in the Robert Half study is basically unaffected by currency movements. Yet Hong Kong CFO salaries are still among the highest in the region, despite the yen’s appreciation against the US dollar (up 41% from five years ago) and that of the Singapore dollar (up 28% in the same period).
Indeed, despite the appreciation of the Singapore dollar, CFOs in the Lion City appear to be the lowest paid of the four Asian cities, with a CFO having more than 15 years’ experience earning US$199,000 to US$239,000 a year – 29% to 53% lower than in Hong Kong.
Financial Controllers and Treasurers
The Robert Half Survey also looked at the annual salaries of financial controllers and treasurers. The numbers are, of course, lower than the compensation of CFOs, who supervise controllership and treasury functions. In general, the annual salaries of controllers and treasurers are a third (Singapore) to as much as 80% (Hong Kong) lower than those of finance chiefs.

Interestingly, treasurers are paid more in some cities than are financial controllers. In Hong Kong, a treasurer with more than 15 years’ experience can be paid as much as HK$1.5 million annually, compared with HK$800,000 for a financial controller who has been on the job for the same number of years.
That is not the case in Singapore. There, a treasurer with more than 15 years’ experience can earn as much as S$150,000 a year – a third lower than the upper range in the annual salary of a financial controller with the same years of experience (S$200,000).
What To Do?
What all these mean for companies is that finance professionals remain sought after talents and can command relatively high salaries – but within limits.
After holding back during the global financial crisis, Asian companies have resumed a hiring boom for finance and accounting leaders and staff. According to the Robert Half survey, 41% of employers plan to add finance staff while 9% expect to cut finance numbers, “resulting in a net 32% projected hiring increase.’
CFOs looking for new opportunities are likely to find them in Australia, where 23% of the employers Robert Half surveyed indicated they would be hiring senior finance and accounting staff “to provide guidance and expertise . . . to new and very different positions which support the more efficient business structures implemented in response to the economic downturn.”
There are also “enticing prospects” in China, says Robert Half, where “finance and accounting professionals are in high demand.” In Singapore, “most employers have indicated that they are recruiting finance and accounting staff to fill new positions, or to replace staff lost or retrenched due to the downturn.”
But this hiring boom is a double-edged sword. CFOs may find their financial controllers, treasurers and other managers and staff moving on to greener pastures.
An interesting finding of the Robert Half survey is that many finance and accounting staff – 51% in Singapore, for example – never negotiate salary or benefits packages. Instead, they prefer to look for a new job that offers higher pay and better benefits.
In the current environment, it’s not a bad idea for CFOs to be more proactive and open negotiations with the staff they want to keep. Robert Half suggests looking at “salary, career development programmes and other benefits such as flexi-hours and extra holidays” as part of a retention strategy.
But perhaps they should hold back on housing allowances and other perks, both for themselves and their staff.
About the Author
Cesar Bacani is Editor-in-Chief of CFO Innovation.
Read more on
compensation and benefits human capital management