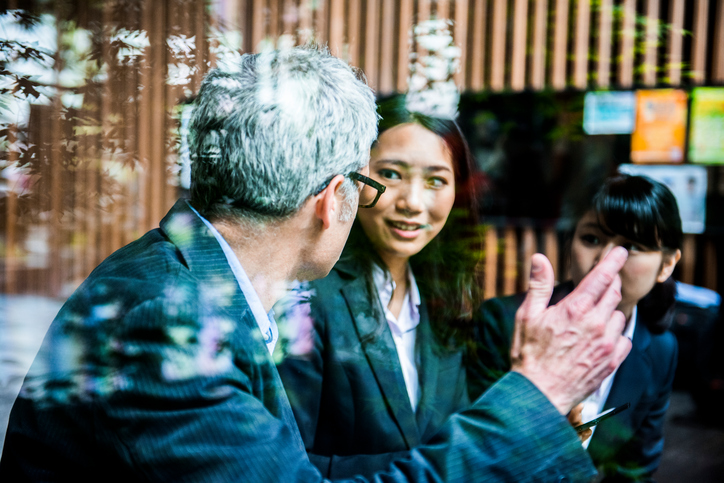 There are many things you can do when you have a database of 60,000 CEOs, company presidents, CFOs, general managers and other business leaders. US consultant Talent Plus recently chose to mine its global data for information about senior leaders in the Asia Pacific.

Specifically, Talent Plus wanted to construct a data-based talent profile of 123 Asian executives in the database whose tests indicated a leadership level that the company describes as ‘exceptionally strong.’ The aim was to discover the dominant characteristics of these leaders, and thus help other managers and those aspiring to lead emulate them.

In general, top Asian business leaders can succeed in both Asian and Western organizations

The profile was constructed using the responses of the 123 Asian leaders to 100 questions, which Talent Plus had devised as a means of assessing a business leader’s fit and compatibility for a new role. “When taken together, [the answers] form a leadership profile,” explains Stephen Wang, Director of Asia Pacific at Talent Plus.

The questions are grouped under ten talent themes, including conceptualization, persuasion, relationship, executive skill, growth orientation and response to negativity. The higher the score for each theme, the stronger the business leader is on that particular attribute.

So what is the talent profile of the top Asia-Pacific leader? “We find that strong leaders in the Asia-Pacific region demonstrate similar talents to our historical database,” reports the consultant in The Rule of Talent: Emerging Leaders and Talent in the Asia-Pacific. “That is, leaders who excel in one culture are likely to excel in other cultures.”

Asian business leaders score the same as the rest of the 60,000-strong database (which is comprised of largely Western senior leaders) on four themes: Ego Drive, Intelligence, Individualized Approach and Growth Orientation.

But they score higher on the themes of Conceptualization, Relationship and Persuasion, and lower on Focus, Response to Negativity and Executive Skill (see chart below). 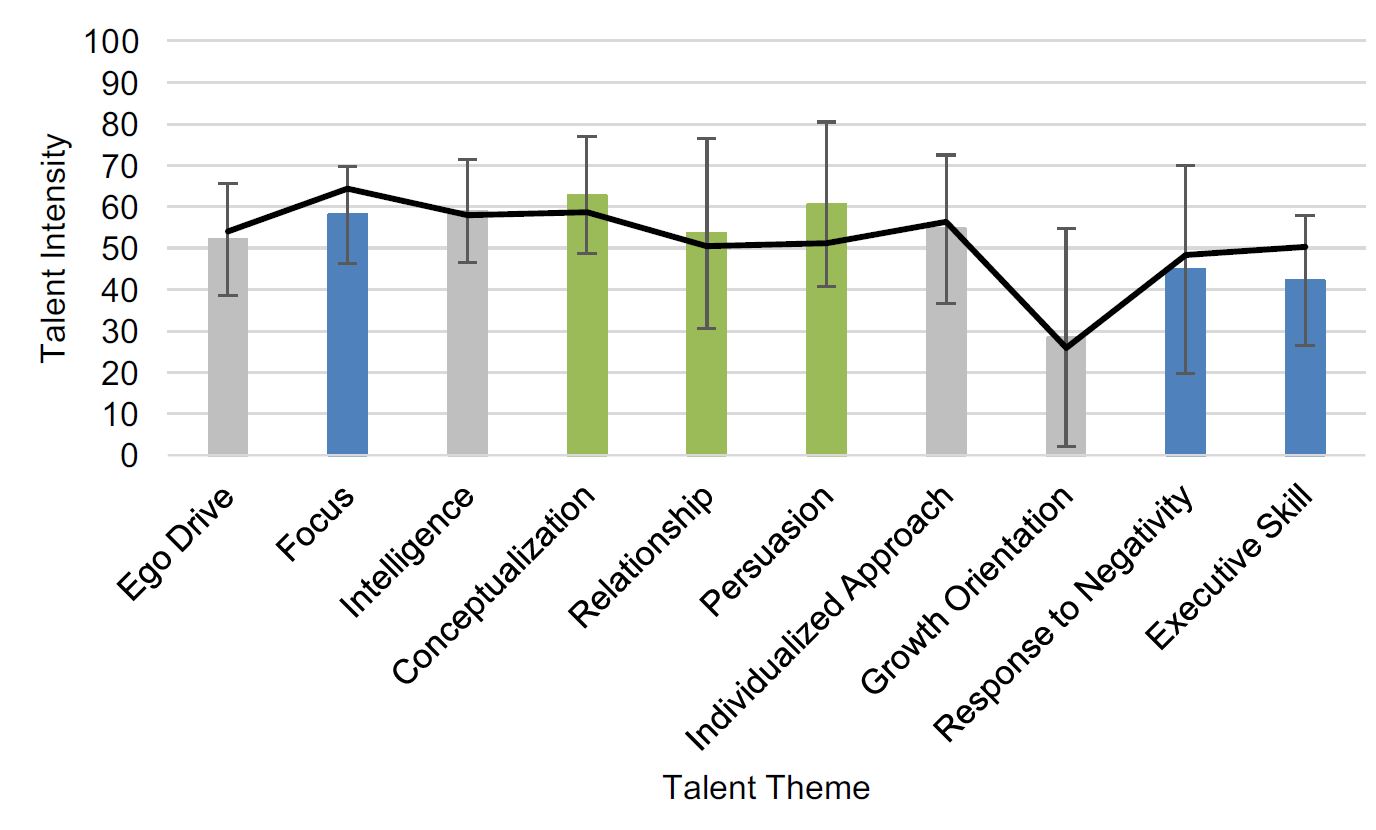 The two cohorts exhibit similar talent intensity on enough number of themes for Talent Plus to conclude that, in general, top Asian business leaders can succeed in both Asian and Western organizations. Both groups are “innately inquisitive and analytical,” for example. “They possess the ability to effortlessly find rank order in their surroundings and environ to prioritize agenda and set the pace.”

“More importantly, these leaders know when to be flexible about yielding to better processes and best practices,” the report continues, “and they adapt new ideas to incorporate into progressive solutions making. In their people facing side, these leaders can pick up the telltale signals from people in anticipation of understanding the needs of others.”

Both Asian and Western leaders are also predisposed “to be naturally inclined to place talent in the most appropriate roles commensurate with their potential and in aligning resources on the best springboards for those able to pounce.”

One area where top Asian leaders differ from their global peers is in the theme of conceptualization, which encompasses professional and personal values, standards, expression of ideals, and the ability to think in a multi-faceted way.

“Asia-Pacific leaders place honorable dealings and high personal value systems as a reflection of their leadership persona,” reports Talent Plus. “They typically exude a humble leadership style exemplifying organizational loyalty. And they will espouse collectivist and consensus mindsets for their teams as virtues.”

“The natural ability of leaders to be able to adroitly manage relationships up, down and sideways is a coveted skill in the Asia-Pacific region”

Top Asian leaders also tend to make personal sacrifices in pursuit of organizational goals, setting an example for others in the enterprise to emulate. Instead of looking at the self, which is perhaps what Western business leaders sometimes do, those in Asia are focused on the big picture.

And when they look the future of the company and their people resources, top leaders in the Asia Pacific that score highly on the Conceptualization theme “generally exhibit a healthy tilt toward a strategic planning and achievement mindset.”

The company as family

The top Asian leaders in the Talent Plus database also subtly differ from their Western peers on the themes of Relationship (the desire for and ease with establishing rapport with others) and Persuasion (the ability to move others towards the acceptance of new ideas by the use of reason and emotion).

“The natural ability of leaders to be able to adroitly manage relationships up, down and sideways is a coveted skill in the Asia-Pacific region,” says Talent Plus. “Asia-Pacific leaders value relationships more [compared with global peers] because of a predisposition of viewing the organization and their teams as family.”

However, they do not hesitate to act assertively to make sure the organization’s performance goals are reached. Talent Plus views this forcefulness as “an extension of their relationship [with] and trust of their teams” – meaning that top leaders are confident about cracking the whip because they have established strong ties with their people.

Talent Plus also found high intensity on the part of top Asian leaders on the theme of Persuasion, which suggests “a more ‘taskmaster’ approach with their teams, and pointing to authority and pecking order as still being important.”

“However, this is usually exercised as ‘benevolent’ governance and viewed as a component of the structural hierarchy and how power and influence is legitimized and distributed,” the report adds.

The Talent Plus analysis appears to support the typical perceptions about leadership in Asia: that it is benevolently paternalistic, hierarchical and self-sacrificing for the greater good. But Wang, Talent Plus’s point man in the region, cautions against blindly accepting stereotypes and overgeneralizations.

“Talent is universal,” he insists. “Talent’s expression is dependent upon the opportunity to express it. Thus, it is not bound by culture, religious values or historical pretexts.”

Instead, the research findings “can be interpreted as contextual,” says Wang.

“For example, if Asian organizational cultures favor a more family-oriented ownership or outlook, do they then also tend to attract leadership who have those similar viewpoints in their recruitment process?”

“And if business relationships in these organizations are cultivated more through interpersonal trust and individualized dialogue, as opposed to strictly business transactions, does it then become more the norm in organizational leadership style?”

What is required is for leaders to “uphold a high standard of behavior, exercise astute judgement, and through the declaration of their vision, execute to strategy”

Regardless of where the organization is located, whether in Asia or in the West, “great leaders know what their organization, their stakeholders and those they lead expect of them,” says Wang. “They lead with the courage of their conviction.”

What is required is for leaders to “uphold a high standard of behavior, exercise astute judgement, and through the declaration of their vision, execute to strategy,” Wang concludes.

For CEOs, CFOs, general managers and other business leaders, the challenge is how to get there from here. Wang’s advice: “Use scientific assessment to understand each individual’s personality predispositions.” Once you have that self-knowledge, you can then apply the appropriate investment in coaching and development.

And once that happens, “the best leaders will truly blossom,” Wang declares. 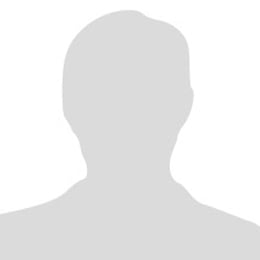