As You Hire For Your Team, Consider Human Fractals as Predictors of Success 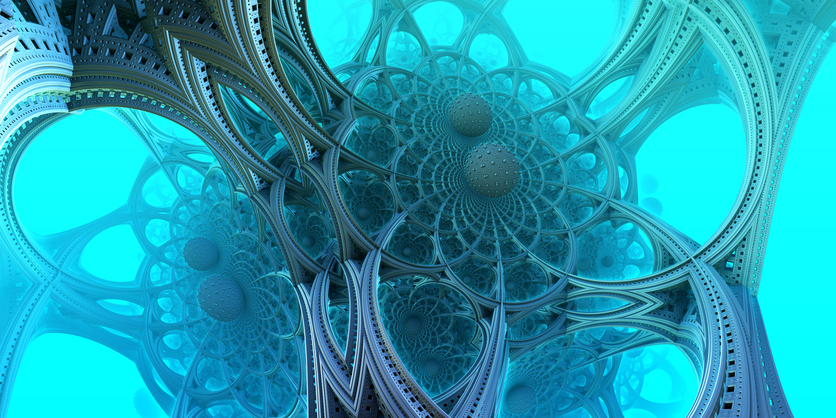 Fractals are pretty cool. Wikipedia defines a fractal as a mathematical set that exhibits a repeating pattern displayed at every scale. The visuals among us find them fascinating, whether viewed via microscope or binoculars.

For those into interviewing and assessing candidates (and for the candidates themselves), they’ll blow your mind.

When interviewing plumbers, generals or candidates for any job, look for the Leadership Fractal. This is the ability to visualize a problem and execute the solution on a consistent basis

Let me begin with a story about a plumber to demonstrate how what I call the “Leadership Fractal” can be used to accurately assess on-the-job performance and upside potential.

The other day, a plumber and his assistant came to the house to find the cause of a major leak. After about five minutes, the plumber told his assistant there were three possible causes of the leak and how together they would figure out the cause. He said it would take about ten minutes.

He then told me in detail what he would do in each case and the approximate cost. I told him to proceed. The problem turned out to be relatively minor and he was finished in less than an hour. Exactly as predicted.

Even if the problem was major, there was no question in my mind he could have solved the problem. The ability to visualize and solve comparable problems is one example of the Leadership Fractal we experience every day but rarely recognize.

Here’s another example (or three), from history this time.

I remember reading in General Grant’s autobiography about the process he used to plan the Overland Campaign to end the US Civil War. It started with a visualization of the series of battles that would likely be fought over the course of the next nine months and what he would do depending on the moves and countermoves of General Lee.

While the cost was dear, the end result was victory as predicted. Grant demonstrated the same Leadership Fractal during the siege of Vicksburg in 1863. It’s also what Eisenhower did to plan and execute the D-Day Invasion and what Lt. Colonel Custer didn’t do at the Battle of the Little Big Horn.

Some more recent and relevant history establishes the idea that when interviewing plumbers, generals or candidates for any job, look for the Leadership Fractal. This is the ability to visualize a problem and execute the solution on a consistent basis. The fractal part has to do with the growth rate of the accomplishments and their repeated success.

I use two questions to figure this out. One digs deep into the person’s past accomplishments. The other looks forward to determine how the person would go about solving a realistic, job-related problem.

Here are some examples of how the two questions can be used to assess performance, fit and potential.

Many years ago, I was representing a senior manager from a Big 4 CPA accounting firm for a Director of Accounting role with one of the major entertainment companies in Southern California. The VP Controller – the hiring manager – knew the candidate was top-notch, but was concerned she didn’t have any hands-on corporate experience.

The candidate persisted, though, and put together a 12-month detailed plan of how the entire accounting department needed to be reorganized. This included staff and system requirements and how the reporting systems had to be massively upgraded.

She was hired based on this plan and her track record of making similar, but smaller-scale, projects work while at the CPA firm. None of us were surprised that she successfully implemented the program as described and was subsequently promoted.

For a general manager position, I asked a VP Operations with an extensive but different plastics background how he would turn around a multi-plant manufacturing company in a totally different industry. We talked for 30 minutes about the process he would use to develop the plan and the strategy required.

This alone demonstrated his breadth of business understanding and depth of insight into the specific problems this company was facing. However, this was not enough for me to present the candidate to my client company.

The Leadership Fractal is a combination of competencies, behaviors and skills that exhibit a repeating pattern displayed at every scale

I asked what he had already accomplished that was comparable in scope, span of control and complexity to the open job requirements. He went on to describe how he took one plant in Asia with 100 people and expanded it to a 3,000-person international manufacturing and distribution system spanning the globe.

While I thought he was perfect for the job, my client didn’t. Nonetheless, he was reluctantly hired when their first candidate rejected their offer. I was not at all surprised when, two years later, he called to tell me he was just named the CEO of the parent company – leapfrogging the person who had hired him.

After meeting dozens of candidates like these and tracking their careers for 10-15 years (and more), it was clear to me that half of the Leadership Fractal is the ability to visualize a problem in great detail and plan out a practical solution.

The other half is successfully implementing the solution as planned. Doing similar things multiple times establishes consistency. If these projects are growing in scope and scale you can assess potential by looking at the growth rate of the trend line.

As you ponder this, consider this revised definition: The Leadership Fractal is a combination of competencies, behaviors and skills that exhibit a repeating pattern displayed at every scale. This just could be the ultimate predictor of on-the-job success.

Lou Adler is CEO of The Adler Group, a 35-year-old search and recruitment company in the US whose clients include Intel, McKinsey, Disney, ESPN and General Dynamics. He also wrote The Essential Guide for Hiring & Getting Hired (2013) and Hire With Your Head: Using Performance-Based Hiring to Build Great Teams (2007). This article was excerpted from LinkedIn’s Influencer blog.