The Art of Firing People: What You Are Tempted to Do Versus How You Do It 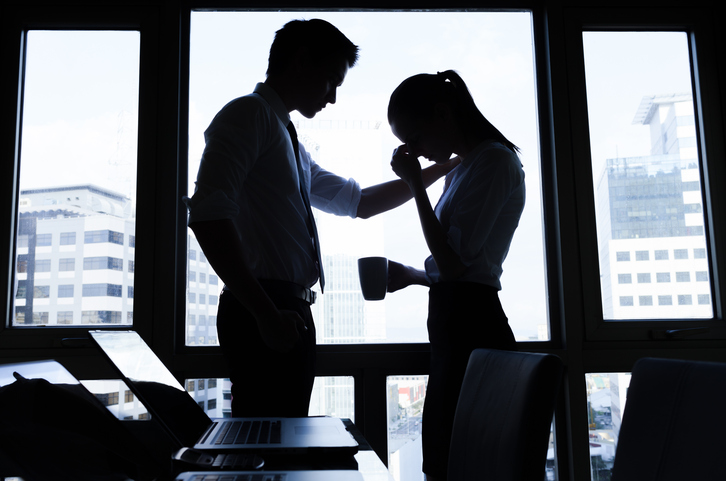 There sure is a lot of angry talk about firing people these days. I try to stay away from the raging emotion, ideology, and irrationality of politics. But I feel compelled to comment on one claim that I keep encountering – one sometimes stated openly and sometimes implied – about firing practices in the private sector that is distorted, misguided, and often downright wrong.

Here’s the alleged “lesson” that bugs me: The practice we see in Washington of firing people in sudden, impersonal, and often humiliating ways is sometimes portrayed as a reflection of how things are done and ought to be done in “real” businesses.

I beg to differ. Yes, there are often good reasons that people ought to be removed from their jobs. Yet (at least outside of politics), both the research evidence and wisdom from skilled leaders suggests that firing people in humane and caring ways is best for the organization, the people doing the firing, and those who are sent packing.

Leaders express compassion to the person who is being fired and when they discuss the person with others. Rather than bad-mouthing people they fire, smart bosses usually do the opposite

In The Asshole Survival Guide, I quote veteran senior executive and venture capitalist Michael Dearing on this point. Michael has fired quite a few people over the years. It was part of his job as a senior executive at companies including Filene’s Basement in Boston and eBay in Silicon Valley, and as co-founder and CEO of a chain of shoe stores in Los Angeles that went out of business.

Now, as an early stage venture capitalist at Harrison Metal, he sometimes has to remove CEOs or pull funding from the start ups he invests in for business reasons. But, as Michael puts it, “there is a difference between what you do, and how you do it.”

Michael’s goal is to fire people in the most dignified and civilized way, to treat the person with respect, to thank them for their efforts and accomplishments, and often, to help them find a new job that is well-suited to their talents. Michael treats them with dignity both because he is a caring person and because it is in his best interests as a hardcore capitalist.

Michael’s experience dovetails with the lessons I learned early in my academic career, when my research focused on the processes of organizational decline and death. I studied how humane leaders implemented tough decisions such as firing, layoffs, and closures. I discuss such lessons in Good Boss, Bad Boss and in this McKinsey interview and video.

In short, the four hallmarks of leaders who do firings or layoffs well are:

‘Be present. Be visible’

Venture capitalist and former CEO Ben Horowitz wrote a lovely piece on how to do layoffs that captures what a humane firing process looks like – prediction, understanding, and control are evident throughout.

This paragraph explains what compassionate leaders do during layoffs:

"Be present. Be visible. Be engaging. People want to see you. They want to see whether or not you care. The people who you laid off will want to know if they still have a relationship with you and the company. Talk to people. Help them carry their things to their car. Let them know that you appreciate their efforts."

Ben is talking about layoffs done to cut costs. A humane compassionate process may take different forms when a single person is fired for poor performance or unsavory behavior.

But treating people with as much dignity and respect as possible, while doing the dirty work that must be done, remains the guiding principle.

There are at least five rational reasons why treating people with dignity is good for your organization and for you.

Ripple effects. Treating fired people with respect rather than disdain dampens the fears of employees who remain. Employees know that, down the road, they may be sent packing too, and often think, or even say, when a colleague is canned: “I wonder if I am next” or “But for the grace of god go I.”

When they see that colleagues are treated with dignity in the process, it amplifies their psychological safety and confidence in you as a reasonable and sane leader.

And the resulting dampening of their fear, anger, and anxiety helps them concentrate on doing their jobs and to feel good about going the extra mile for you and the organization – and makes them less likely to start looking for another job.

Replacements. If you are firing a person that you need to replace, by treating them with dignity, you are less likely to scare away strong candidates for the position – especially internal candidates who see your civilized firing style first hand.

But if you treat fired people like dirt, word will spread (including to external candidates), and they may well decide against taking a job that may end in ugly insults and humiliation.

Candidate pool. More generally, if your organization develops a reputation for cruelty and vindictiveness in its firing process, word will spread (by word of mouth, social media, and especially at sites where employees provide anonymous evaluations of employers such as Glassdoor), and will drive away strong candidates for all positions.

Revenge and litigation. By treating the people that you fire with dignity in the process, they are less likely to become angry and vindictive former employees who sue your company (and you) and bad mouth you to others.

Much as I have seen with Michael Dearing and other compassionate leaders, the people you fire with dignity may even thank you, remain loyal to you, and say good things about you and your organization.

Your day may come. Finally, if you have belittled, bad-mouthed, and otherwise disrespected the people that you fire, you ought to worry about what will happen when the tables are turned – when the day comes that you get fired.

Colleagues who have watched your nasty ways over the years may not be able to resist giving you a taste of your own medicine. But if you have treated others well, they are likely to return the favor in kind, and help you preserve your sanity and dignity in the process.

You are especially prone to treat people like dirt if you wield power over them, feel rushed, or are exhausted

Sure, there are instances when instant and even nasty firings make sense. An abrupt firing with a bit of public shaming might be wise if an employee commits such an awful or unethical act that you want to send the message that some behaviors will not be tolerated.

But beware of using moral outrage as an excuse for your rash, stupid, and mean-spirited actions.

As Georgetown University's Christine Porath suggests, you are especially prone to treat people like dirt if you wield power over them, feel rushed, or are exhausted. If any or all of these pressures are at play, beware that an incompetent, lazy, or mean-spirited employee is especially likely to unleash your inner jerk

And as the physician-writer Dr. Jerome Groopman put it, sometimes the best advice is "Don't just do something, stand there." Slow down and imagine that it is a few days later – and you are knee-deep in a shitshow that you’ve created with your impulsive, insulting, and humiliating actions.

Sometimes imaging an ugly future can spare you the pain of having to live in it.

Robert Sutton is Professor of Management Science & Engineering at Stanford University. His most recent book (with Huggy Rao) is Scaling Up Excellence; his next book, The Asshole Survival Guide: How To Deal With People Who Treat You Like Dirt, will be published in Fall of 2017. This article first appeared on LinkedIn’s Influencer blog.