Accountant Vs. Business Partner: ‘I Had to Work with Marketing in Secret’ 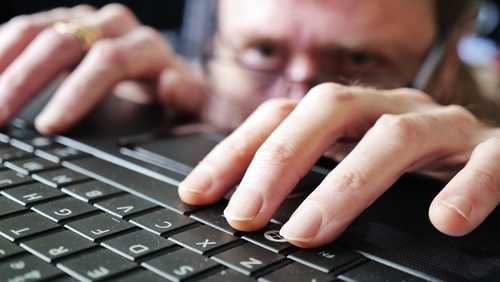 I studied accounting at university, but it never really interested me.  In fact, I was more interested in marketing – that being the only major that looked even slightly exciting.

But my family was pushing me to study accounting, especially my father who was working at Price Waterhouse at the time. I couldn’t work there because there was a policy preventing them from hiring relatives of current staff, so I was introduced to the Staff Partners of some of the other Big Six accounting firms (there were still six in 1989).

I started working on my analyses for Marketing in secret, hiding my screen when my boss walked past, or working on the analyses only after 6 pm and into the night 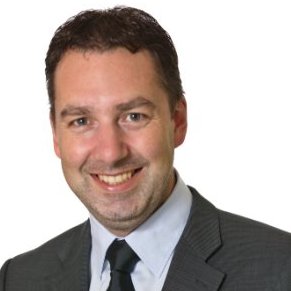 To cut a long story short, I won a scholarship with KPMG. Accounting still failed to excite me, but they were offering A$3,750 a year in scholarship support – not bad money 25 years ago – plus well-paid employment during university holidays, plus a guaranteed job upon graduation.

I quit KPMG nine months after graduation and worked for a large Australian food multinational called Burns Philp under their graduate trainee scheme. Preparing budgets and monthly variance analyses was only marginally less boring than audit.

However a year spent in the treasury department gave me my first real exposure to senior management and the strategic decision-making process, which I quite enjoyed.

In 1995, I joined America’s Kellogg Company, maker of Kellogg’s Corn Flakes, Pop-Tarts and other well-known cereals and snacks. It had, and still does, the largest market share of the Australian ready-to-eat cereal market.

For the first 12 months, I was preparing budgets and re-forecasts, which was all rather dull. Then, one afternoon, my boss handed me a request from the Marketing department and told me to take care of it.

Christmas was approaching and Marketing wanted to pair a regular large pack of Rice Bubbles (aka Rice Krispies) together with a large box of M&Ms, print some fun recipes on the side of the pack, shrink-wrap it all into one set, and then spend some extra money to promote the set in-store.

Marketing believed this would increase sales of Rice Bubbles, driven by parents buying the promotional pack to bake special Rice Bubbles and M&Ms treats for the kids.

The problem was that these kinds of packs were quite new and experimental in Australia at that time. The company had only ever tried it once or twice. There was barely any data available, and not everyone wanted to approve the idea – which is why Marketing approached Finance.

So I worked with Marketing and estimated the potential increase in sales, based on the one set of data from the one time they had tried this previously. I also worked with the factory to estimate the additional costs involved, due to the additional materials and processes involved.

This included the shrink-wrapping, new large outer shipping boxes for the larger promotional packs, re-configuring the bigger boxes onto the shipping pallets, which in turn increased the per-unit freight cost, and so on. Not a simple exercise.

Eventually I was able to prove that this Christmas promotional pack would increase our profitability. The Marketing people were able to get their approvals, the packs went into production – and they sold very well.

But this irritated my boss – who was a very ‘stereotypical’ accountant. It seemed he resented the large budgets given to Marketing, which in his eyes were just being wasted on too many crazy ideas.

So I started working on my analyses for Marketing in secret, hiding my screen when my boss walked past, or working on the analyses only after 6 pm and into the night. Somehow I was able to get the work done, and the number of promotional items going into production continued to increase.

Fortunately by this time I had been able to develop a very efficient methodology, which included a template for presenting the analyses, a process for obtaining all of the necessary approvals, and most importantly, a deep understanding of sales data and all aspects of the factory’s production cost.

I was working on promotional packs, price changes, recipe changes, new pack sizes, new product development, etc. – all at the cutting edge of the business.

Six months later the company moved me upstairs to sit with the Sales & Marketing team, and created the new position of ‘Business Partner – Finance/Marketing’. It was so revolutionary 18 years ago that nobody actually knew what it meant.

I loved the role. I loved working with Sales & Marketing and observing their more creative thought processes, and being involved with the strategic decision-making process of the company. And I wished I had studied marketing instead of accounting at university.

It was only years later, with the relative wisdom of advancing years, that I was finally able to understand why I so enjoyed this role and had made it such a success. I learned about the so-called ‘left brain/right brain theory,’ wherein one half of the brain is technical and the other half is creative.

Large MNCs tend to attract the best talent, which means they hire the most technically gifted accountants and the highly creative marketers. Unfortunately these two departments don’t always see the business the same way, for example, my former boss who thought that most of Marketing’s ideas were a waste of time and money.

When I did tests on my own brain, I learned that I was a 50:50 – equal parts technical and creative. I think this explained why I so hated audit, but found it so easy to translate all of Marketing’s ideas into solid financial analyses.

From Marketing’s perspective they enjoyed working with me, because finally they had found a finance person who could think like them.

I would say that good business partners are born, not made. If you are an accountant wanting to become a business partner, my advice is: Develop the creative side of your brain. Study marketing and get involved with other parts of the business.

Sure, a lot of your colleagues will think you’re crazy, but that’s just because they’re technically gifted accountants still lacking the creativity to also function as a business partner.

As for me, I  completed a Master’s degree in Marketing  in 2006 and this year I became a Chartered Marketer. But I also remain an active Member of CPA Australia. I work as Director, Global Business Development, for TMF Group, one of the world’s largest accounting firms – and my role is quite simple: I’m an accountant, marketing accounting services, to other accountants.