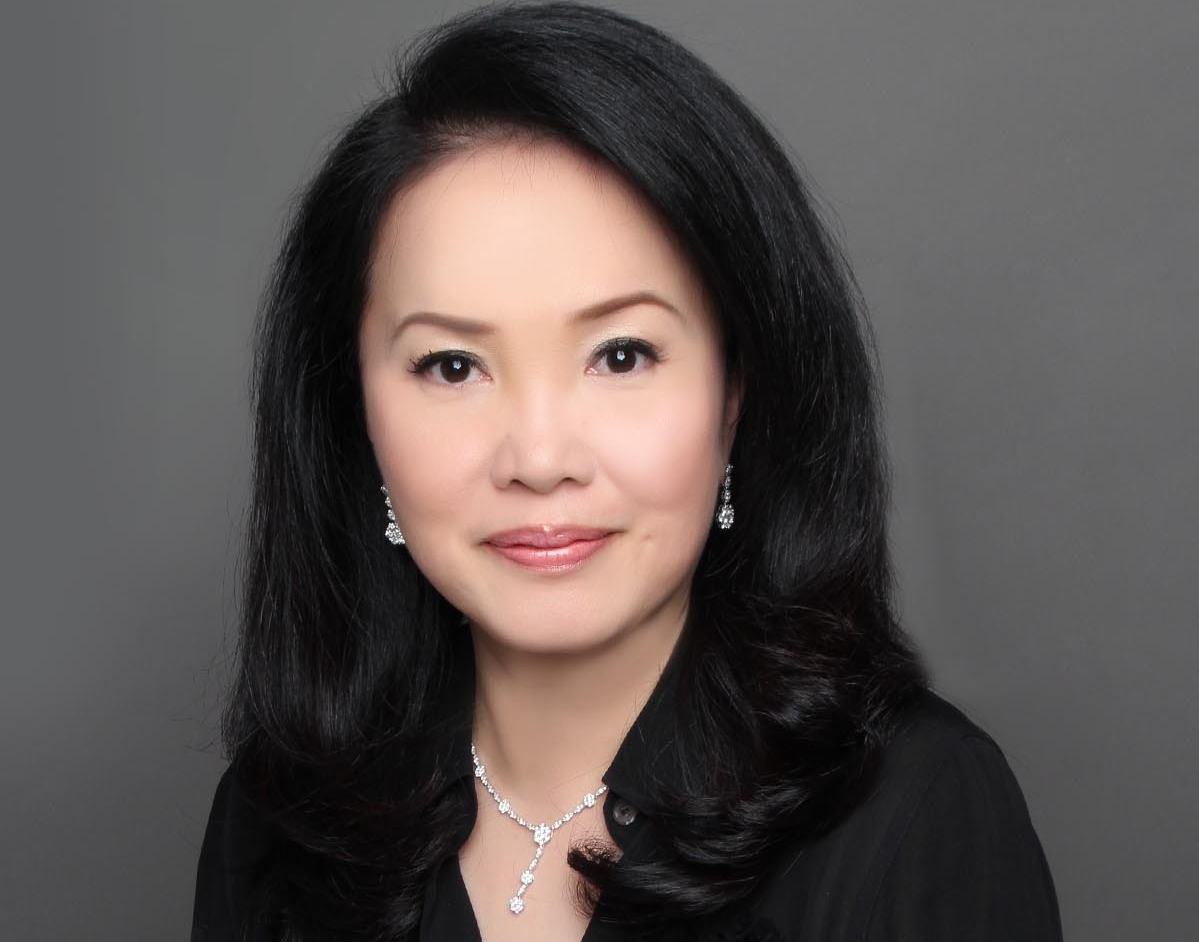 Just a year ago, Lynette Seah was providing leadership to between 60 to 80 people in her role as Vice President, Finance and Strategy, Asia Pacific, for NYSE-listed Salesforce.com. She held the distinction of being the only Chinese female from outside the US to serve on the Asia Pacific management team of the cloud computing pioneer, whose Salesforce.com software is ubiquitous in the business world.

These days, though, Seah oversees five staff members in a basement home office. The CFO who had been called the ‘Queen Bee’ and ‘Diva’ in the course of her finance career now helms Alpha 7, a Singapore consultancy that caters specially to small and medium businesses looking to get a leg up over the competition with cloud computing.

Why the switch? “I wouldn’t have started a business like this eight years ago because APAC wasn’t yet ready for the cloud,” says Seah. “But the market opportunity now is amazing. Everyone is jumping onto the cloud train.”

“I wanted to leverage on my strengths, and these lay in being a good advisor to a CEO or business owner”

Her journey exemplifies an accelerating trend in the finance community. The expansion in the CFO role from traditional accounting, compliance and reporting to business partnering, strategy and advisory is opening up many paths for finance professionals, from entrepreneurship to becoming an independent board director to sitting atop the organization as managing director.

Seah herself aspired to become a CEO. From her undergraduate days in Australia, where she studied accounting and received her chartered accounting qualification while training at PwC’s Sydney office, she had drawn life goals for herself.

Goals that were attained included: Being a financial controller by age 30 (Seah attained this goal aged 28, at IT firm ASK Singapore) and becoming a finance director by age 35 (Seah became one at 33, at financial software company J.D. Edwards).

“The next logical step was to make MD or CEO by age 40,” she says. That, however, did not exactly come to pass. Seah realized her skills did not lie in being a visionary or a strategist. “I was quite happy to remain second in command in an MNC” – which she was at Salesforce.com Singapore, where she spent nearly eight years.

Next came retirement plans, and these included eventually running her own business. Why the meticulous planning? It was driven, in part, by the fast-moving nature of the technology sector. The ASK Group, J.D. Edwards and Interwoven, a content management firm Seah joined in 2001, were all acquired by bigger players.

“The mindset I had when joining any tech company was to always have a backup plan, having overseen my share of retrenchment exercises,” says Seah.

Things were also moving rapidly at Salesforce.com. Seah was asked on several occasions to relocate to Australia – she returned to Singapore in 1993 – but decided against doing so due to local commitments.

Plans to run her own business were hence put into motion earlier than scheduled and trusted ex-colleagues were roped in to sit on the new business’s board.

In a way, Alpha 7 is an extension of Seah’s work as CFO.  “I wanted to leverage on my strengths, and these lay in being a good advisor to a CEO or business owner,” she explains.

The course of Seah’s career saw her take up duties that expanded beyond that of a typical report-generating and number-crunching CFO; she took charge of operations and strategy in several IT companies as well.

At Salesforce.com, she was blessed with a finance team that ran “like a machine,” allowing the CFO to focus on other aspects of the business, including meeting customers and driving strategy and operations.

“Many customers wanted to know how finance people could use the cloud, and that was where I stepped in,” says Seah.

Taking part in Salesforce’s management programs also empowered Seah with skills such as selling the company’s value proposition, so she knew, from very early on, how best to position the company’s products to potential customers.

At Alpha 7, she is also making use of her domain knowledge not only of finance but also of the cloud computing landscape – and the contacts and relationships forged in the IT industry. Many industry players she met have become Alpha 7’s technology partners.

“In an MNC, I did not even have to make my own coffee. If I wanted a report generated or something fixed, it would be done.”

Seah is clear about the market segment Alpha 7 wants to serve. She believes in the benefits that the cloud can bring to small and medium-scale enterprises in Singapore. “I want to prove to my SME customers, many of whom are small, family-run businesses, that technology, the Web and social media can work for them.”

Despite the vast number of cloud products in the market, Seah is of the opinion that each is only capable of addressing a certain issue within the organization – what is lacking is the personnel capable of reviewing end-to-end processes.

“I observed a gap between MNCs and local companies. The Singapore government is pushing SMEs to be more productive but nobody is telling them how to do it independently.”

“Reviewing such processes in MNCs often gets complicated but it can be done quite easily in SMEs,” she adds. “I want SMEs to know the process isn’t necessarily complicated and expensive.”

How is Alpha 7 working out so far? It’s been proving more stressful than being CFO in an MNC, says Seah, but not for the reasons one might typically expect.

Perhaps surprisingly, the biggest source of stress for Seah lies not with worrying about the bottom line, but with having to undertake tasks that were previously taken for granted.

“In an MNC, I did not even have to make my own coffee,” explains Seah. “If I wanted a report generated or something fixed, it would be done. I now have to do everything myself, including going through the CPF [Central Provident Fund] registration process for my employees.”

Seah’s experience is not unlike that of other entrepreneurs, whose advice she sought before starting Alpha 7. “Everyone I spoke to cited the DIY factor as one of the biggest challenges with running your own business.”

But that’s just about the only aspect of MNC life that Seah misses. “Other than that, I love being my own boss and will not go back to my old CFO days with all its bureaucracy and politics.”

Alpha 7 is less than a year old and Seah’s time has been occupied with building her contacts and partner network.  She readily admits that the profits generated from her consultancy come “nowhere close” to what she used to earn, at least at this point.

But true to form, she has already planned ahead for the next five years, and these plans have a strong corporate social responsibility (CSR) element to them.

Seah’s desire to “give back” to society saw her experiment with various aspects of CSR with varied levels of success. “I tried volunteering with terminally ill people, senior citizens and special-needs children and found I was terrible at it because I couldn’t take the emotional attachment and its consequences.”

Human relations aside, Seah’s realized, perhaps due to her CFO training, that her talents lay with raising money. The last three to five years of her tenure at Salesforce saw her advocating CSR at the company, including raising money for an appointed charity via its annual “cloud run”.

The first year saw the target of S$50,000 met. The target was increased only slightly the second year. Seah, however, set an aggressive S$100,000 goal instead. The end result exceeded expectations, with S$120,000 raised.

“I drove the program and half the people in it nuts,” laughs Seah. “We leveraged social media and reached out to personal as well as business contacts to raise awareness for the charity we were raising funds for.”

“Make sure you have an aspirational plan as well as a worst-case scenario plan, and always have a group of trusted advisors you can bounce ideas off”

Seah’s passion for CSR extends to her own company, where employees get five days off per year to do volunteer work. Her five-year plan consists of three main aspects – building Alpha 7 up sufficiently so the company can run on auto mode; donating 10% of Alpha 7’s revenue to a non-profit organization, and eventually running the non-profit herself.

What advice does this CFO-turned entrepreneur have for those seeking to leave the corporate world to start their own business?

“You need to have passion if you want to branch out on your own. Know very clearly why you’re doing what you’re doing, whether you’re aiming for an IPO, to make money or to make a difference in society,” says Seah.

“Make sure you have an aspirational plan as well as a worst-case scenario plan, and always have a group of trusted advisors you can bounce ideas off.”

Personality also figures in the equation. “I’m an extrovert and this has enabled me to come out of a typical CFO’s comfort zone – many CFOs would not feel comfortable with addressing an audience of 50 to 60 people, but I would be.”

“Everything from my training to job exposure and personality has molded me to be where I am today,” says Seah. “Many colleagues of mine will say I’m not a typical finance person.”

She is certainly proving that assessment to be true.

Melissa Chua is a Singapore-based Contributing Editor for CFO Innovation.