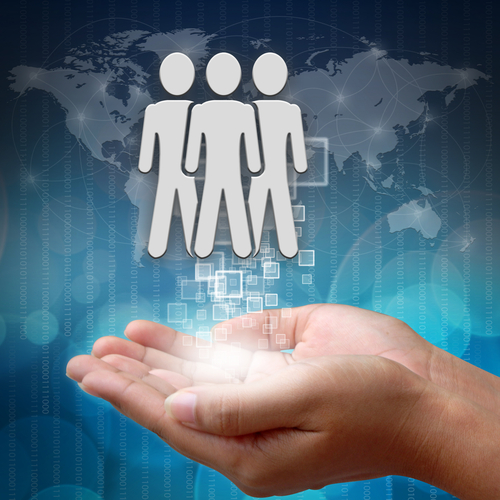 CFOs approach talent management and succession planning in their organization in their own ways. Some don’t do pay too much attention. After all, they hire and promote all the time, even as finance staff move on to other parts of the company or leave for other pastures. With luck, there will always be someone to take over when the time comes. Or if there is no one, they could always hire someone from outside.
Other CFOs are more methodical. They see succession planning as part of talent management and as a tool to develop and retain finance talent. In the words of Deloitte’s new report entitled Business Succession Planning: Cultivating Enduring Value, they know that succession is not merely “a linear progression of aligning people to job titles.”
“There’s a reason this is called ‘succession planning’ and not merely ‘succession,’” argues Deloitte. “It’s a process, not a moment, and it takes years of careful decision-making to set the stage. A company’s current leadership is responsible for working to identify and prepare the next generation long before any nameplates change.”
The report actually looks at succession planning at the topmost level, involving the grooming of management talent to take on C-level positions. But it is equally applicable to the finance organization and the CFO’s own talent management and succession planning for his or her direct reports, including finance directors, finance controllers, treasurers, FP&A chiefs, finance managers and so on down the line.
Identify Critical Roles
So how do you start? “While instinct and interpersonal relationships are important, this is often a job for data and analytics – even in smaller companies where everyone works closely together,” says Deloitte. In the finance function, it is helpful for the CFO to sit down and methodically analyze roles, capabilities and the potential of finance staff.
First, identify critical functions and roles that exert the greatest impact on performance and are the most difficult to fill. Deloitte suggests evaluating each role along two axes. Ask yourself: How serious is this position’s impact on finance’s most important objectives? And how difficult is this post to replace? (See chart below).
Priority roles in succession planning

Source: Deloitte
The lower end of the two scales (flexible labor – e.g., temporary workers and consultants – and core workforce) represent valuable talent, but they can basically “come and go without shaking the foundations much,” as the report puts it. It is the upper ends of the two axes that CFOs should focus on, particularly the right hand box.
“Think not only of the capabilities each person must have in the moment, but also the potential the person in each role must have to keep the organization agile,” counsels Deloitte. “If a future leader has the appropriate amount of intellectual potential, people potential, motivational potential, and change potential, that leader will likely have the ‘headroom’ to grow during his or her tenure in the role.”
The changing role of finance from bean-counter to business partner must from part of the CFO’s calculation and highlights the need to look for communications and negotiation skills, as well as management and leadership potential. For example, roles in risk management and analytics may not be all that critical today, but they may well be in a few years.
In Asia, according to executive recruiters, the more difficult roles to fill increasingly include compliance, risk management, financial planning and analysis, compliance, treasury and taxation – a laundry list that indicates possible critical roles that CFOs should include in their succession planning.
Evaluate Talent Supply
The next step is to find actual people who can potentially slide into the identified critical roles. “Your pool of potential future leaders is not limited to people who are present-day, full-time executives,” says the Deloitte report. “You may wish to include affiliated colleagues, alumni, or even competitors in this calculation.”
The suggestion is to evaluate each person in the pool using a common template that asks for information such as:
After compiling the profiles, the CFO is now ready to assess where each person fits into the succession plan. Deloitte has developed what it calls a “nine-box calibration tool” (see graphic below), which features an axis for potential (from low to high) and another axis for actual performance (from does not meet expectations to exceeds expectations).
Click image to enlarge
Nine-box calibration tool

Source: Deloitte
The grid yields nine boxes, each of which is given a descriptive name (for example, “rough diamond” – someone who is rated high in potential but fails to meet expectations). The current and future candidates are not confined to one box forever. They can be moved to another box as the CFO’s assessment of their potential and performance evolves (as “George” in the chart above is moved from “Key Player” to “Consistent Star”).
Develop New Strengths
The CFO and others in and out of finance can help nudge the potential successors to move into the more desirable boxes through mentoring, setting an example and other ways. For example, the finance chief can bring along one or two potential successors to conferences and meetings or assign them to special projects to test their mettle.
One helpful framework for thinking this through is the application of Deloitte’s Four Es model: experience, exposure, expectations and education. The report suggests that those in charge of succession planning:
Create Career Paths
The beauty of the succession planning process outlined by Deloitte is that it lends itself naturally to the creation of a career path not only for the high potentials, but for the rest of the finance team as well. This is important for talent retention – many studies have shown that employees tend to stay longer in companies where they see a clear career trajectory for themselves.
The nine-box calibration tool is also useful in tracking both performance and potential of each team member every six months or 12 months, or wherever the company normally engages in the performance appraisal exercise. Each company will have its own system and tools, but it is useful to see in graphic form how everyone is evolving.
At the end of the day, of course, what matters most is execution and results – the star performers who stayed on, evolved and developed, took over the top finance posts, and then continued and refined the talent management and succession planning in their turn.
About the Author