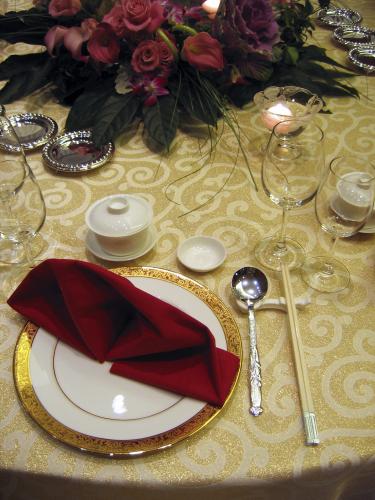 If this is what happens when a top Chinese official drops in, Hong Kong’s business community must wish they come to the city more often.

On 17 August, Vice Premier Li Keqiang started a three-day visit with a bang by announcing a number of policy initiatives aimed at “taking Mainland-Hong Kong economic and financial cooperation to a new high.” These include:
Many of these promises were hinted at in China’s 12th Five-Year Plan unveiled earlier this year, which contained a chapter on Hong Kong and Macau for the first time. What Li has done is put a bit more meat on the bare bones. The fact that the 56-year-old former provincial governor is widely seen as the successor to Premier Wen Jiabao, who is due to retire next year, confers added significance to his words.
The pronouncements apply not only to domestically owned Hong Kong companies, but also to foreign entities that have set up business in the city. The Closer Economic Partnership Arrangement (CEPA) between China and Hong Kong signed in 2003 is nationality-blind – ownership or source of capital has no bearing on whether a company can benefit from CEPA.
Under the free trade agreement, a “legal entity duly constituted or otherwise organised under the applicable laws of Hong Kong and has engaged in substantive business operations in Hong Kong for three to five years” is eligible to become a Hong Kong Service Supplier – and could thus enjoy preferential treatment in the Mainland.
Juicier Dim Sum
Not surprisingly in a city that thrives on financial services, Li’s words on Hong Kong as an offshore renminbi centre attracted attention. “We will have more Mainland-based financial institutions issuing RMB-denominated bonds in Hong Kong, allow Mainland enterprises to issue RMB bonds in Hong Kong, and raise the amount of RMB bonds issued by mainland institutions in Hong Kong,” Li declared.
There’s a lot of money to tap. Hong Kong’s banking system is flush with renminbi deposits – RMB553.6 billion (US$86.8 billion) as of 30 June 2011, according to the Hong Kong Monetary Authority. The outstanding renminbi-denominated debt (known as dim-sum bonds) in the same period is estimated at just RMB131 billion (US$20.5 billion) – equivalent to 24% of the renminbi accounts.
Moody’s Investors Service attributes the bulging renminbi deposits in Hong Kong to the “hundreds of billions of dollars’ worth of annual Chinese merchandise trade” which under prevailing regulations “has been driving the outflow of RMB to the offshore market.” In contrast, says the credit rating agency, “the difficulties in wiring bond proceeds back to China [have] constrained the issuance size of dim-sum bonds.
Li’s speech in Hong Kong is taken as a signal that those difficulties are about to be untangled. In a widely quoted research report, HSBC economist Donna Kwok observed that Chinese enterprises have now gotten the official green light to raise renminbi funds in Hong Kong. “Previously, they were never banned from applying for permission in theory, but there was no clear channel for them to remit funds [back to China] . . . Now, there is clarity,” she wrote.

The possibly upsized dim-sum bond portions will give Hong Kong and other Asia company treasurers more alternatives in which to keep their cash. Instead of buying US Treasuries, corporates can consider investing in Chinese sovereign bonds and high-grade corporate paper instead. It is clear that the internationalization of the renminbi is gathering pace, even as the status of the US dollar as the world’s reserve currency is being chipped away by Standard & Poor’s downgrading of America’s credit rating, among other developments.

“Issuing RMB treasury bonds in Hong Kong will be a long-term institutional arrangement of the Central Government,” Li promised. “We will gradually increase the size of the issuance and work for the development and improvement of the RMB bond market in Hong Kong.”
Indeed, on the day he arrived, China’s Ministry of Finance opened for tender RMB20 billion in three-, five-, seven- and ten-year RMB treasury bonds, up from just RMB8 billion last year. The dim-sum offering attracted RMB64 billion in bids. The average accepted interest rate on the three-year tranche was 0.6%, higher than the 0.19% yield of three-year US Treasuries on 17 August. Standard & Poor’s rates China as an AA- credit and the US as AA+.
These yields should be a key consideration for corporate treasuries, particularly in light of expectations that the renminbi will be allowed to appreciate against the US dollar as a way for Beijing to control inflation.
Access to China
The other policy direction that electrified business, particularly the financial sector, was Li’s announcement that an exchange-traded fund (ETF) comprising Hong Kong-listed stocks will be launched in China, providing a way for cash-rich Chinese investors to play the Hong Kong bourse – and companies lucky enough to be chosen as ETF components access to Mainland capital.
Li also promised an arrangement whereby ‘Hong Kong enterprises’ – the term commonly refers to entities incorporated in Hong Kong, including those owned or controlled by foreigners – will be given support to make RMB direct investments in the Mainland. A pilot program to allow foreign banks in Hong Kong to replenish capital with RMB will be launched. And RMB settlement of cross-border transactions will cover all of China, not just the 20 provinces identified in the pilot stage last year.
Entities that qualify as RMB Qualified Foreign Institutional Investors (RQFIIs) will also be allowed to invest in the Mainland securities market in the Chinese currency. Li said the initial size of RQFII investments will be initially capped at RMB20 billion (US$3.1 billion).
These measures are expected to open an orderly and predictable channel for RMB capital raised in Hong Kong from dim-sum bonds or RMB bank borrowings to be funneled to China as direct or portfolio investment. Previously, these proceeds could be repatriated only on a case-by-case basis, an ambiguous arrangement that had CFOs tearing their hair as it hindered corporate planning, budgeting and strategy.
Going Global
Another policy direction that caused a stir was Li’s pronouncement that China will “give more policy support to enterprises from both sides . . . so that they can ‘go global’ together.”

Li said the central government will give policy support to enterprises on both sides on:

There are potentially rich pickings for Hong Kong companies in this policy direction, including firms in the legal, accounting and consulting sectors, which Li described as “enjoying a competitive advantage” against their peers in China and elsewhere.
Despite, or perhaps because of, the global economic uncertainty, Chinese enterprises have been intensifying outbound investments in 2011. A new report by PricewaterhouseCoopers tracked a record 107 cross-border M&A deals by Chinese companies from January to June this year, which is 14% higher compared with the same period last year.
PwC forecasts a record year for outbound M&A in China in 2011. “China is in the driver’s seat of global M&A, and there is no sign that interest in outbound M&A is waning,” says David Brown, PwC Greater China Private Equity Group Leader. “Although there were fewer larger sized transactions in the first half of 2011, we expect a number of big deals to be announced in the second half of the year.”
Li announced other goodies for Hong Kong-incorporated companies, including allowing Hong Kong-invested banks in the Mainland to engage in the mutual fund business, supporting the drive of Hong Kong banks to establish “a reasonable and balanced presence in Guangdong” in the form of branches, and further broadening market access to Hong Kong’s services sector.
“At present, zero-tariff treatment to all goods made in Hong Kong is already in place,” the vice premier said. Before the end of the 12th Five-Year Plan in 2015, he promised, “we will basically achieve, thanks to CEPA, liberalization of trade in services between the Mainland and Hong Kong.”
“We will deepen cooperation between the Mainland and Hong Kong in tourism, environmental protection, clean development, healthcare, food safety and old-age care,” Li continued. “We will formulate preferential policies in the areas of finance and taxation, land, labour protection and human resources, vigorously develop the Qianhai Shenzhen-Hong Kong Modern Service Industry Cooperation Zone, and actively develop innovative finance, modern logistics, information services, scientific and technological services and other specialized services.”
China Strategy
The measure of clarity provided by Li’s address should be helpful to CFOs of domestic- and foreign-owned companies incorporated in Hong Kong as they plot the company’s strategy in China.
The question is whether all these promises will come to fruition. In 2007, China unveiled a plan to allow Chinese nationals to directly buy Hong Kong equities, known as the ‘through-train’ scheme. It was never implemented. There is no saying whether the current ETF plan will fare any better.
Still, most of the policies and measures Li mentioned in Hong Kong are consistent with the 12th Five-Year Plan and CEPA – the ETF initiative was agreed to last year and included in Supplement VII to CEPA, for example.
“Responsible officials from relevant departments of the Central Government will give detailed explanations on these policies and measures,” said Li. “In the next stage, the relevant departments and localities of the Mainland will strengthen coordination with their counterparts in Hong Kong to get these policies and measures implemented to the fullest extent possible.”
There should be a lot to talk about in the next corporate strategy and planning meeting at many a Hong Kong boardroom.
About the Author
Cesar Bacani is Editor-in-Chief of CFO Innovation.
Read more on
foreign exchange capital management Hong Kong China