Super Typhoons: Sorry, It's Not Just the Philippines 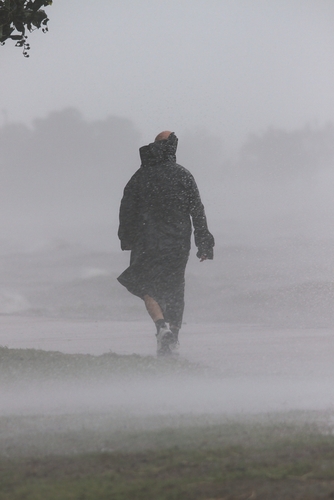 As the damage caused by Super Typhoon Haiyan is assessed, many wonder whether the Philippines, ASEAN’s fastest growing economy, can continue to show resilience in the face of catastrophic natural disasters.
The single most powerful storm to make landfall in recorded history, Super Typhoon Haiyan, is estimated to have killed thousands of people and affected the livelihood of over 4 million citizens. A number of questions are being raised regarding the country’s economic future.
Broader Concerns
What many investors and commentators fail to realize or remember, however, is that the Philippines is no stranger to natural disasters.
The destruction wrought by Super Typhoon Haiyan marks the third year in a row that the Philippines have been hit by such a deadly storm, and the sixth year in a row that damage from a natural disaster will be in the hundreds of millions of dollars.
The country is ranked the third-most vulnerable nation to the effects of climate change, and one of the most at-risk economies in the world to natural hazards. Each typhoon season is estimated to cost the Philippines nearly 5% of its GDP in lost productivity and reconstruction.
Displaying the best 2012 ASEAN growth rate at 6.8%, and growing 7.6% in the first half of 2013, one can only imagine where the Philippines’ economy would be in the absence of natural catastrophe.
Although it is still too early to gauge what Haiyan’s long-term impact will be on the island nation’s economy, the Philippines’ recurring experience with natural disaster raises a number of broader concerns surrounding the vulnerability of Asian-Pacific and Southeast Asian economies to catastrophic events.
Calculating Regional Risk
According to the Asian Development Bank (ADB) and World Bank (WB) 2014 World Development Report, Southeast Asia remains more vulnerable to natural hazards than any other part of the world. The ADB estimates that the Asia-Pacific region accounts for half of the world’s estimated economic cost of disasters over the past 20 years – roughly $53.8 billion annually.
Furthermore, a similar report by the World Bank estimates that ASEAN, on average, accounts for at least $5 billion of that annual loss.
At this rate, the gradual upward trend in direct physical losses from disasters is significantly outpacing GDP growth in the region. In other words, disaster losses have consistently risen faster in the past decade than Asia-Pacific’s economy has expanded.
Growth in Direct Physical Losses Outpaces GDP Expansion

Source: Asian Development Bank
With over 70% of the region’s GDP derived from cities, and current predictions estimating that more than 55% of the region’s population will live in urban areas by 2030, the location of many Asian cities in disaster-prone locations is especially troubling.
As natural disasters such as earthquakes and floods become more frequent – and climate change continues to enhance the severity of extreme weather events – there is a risk that economic growth in the Asian-Pacific region could be derailed at a moment’s notice.
For foreign investors, these statistics should be particularly disquieting.
Assessments of Southeast Asia’s vulnerability to disaster loss indicate that the region lags far behind the developed world in disaster preparedness. The 2014 World Development Report groups Southeast Asia among the least prepared quintile in its index of global risk preparation.
Further aggravating the situation is the widespread lack of insurance for disaster losses: less than 5 percent of disaster losses in developing Asia are insured compared to 40 percent in developed countries.
Click image to enlarge
Index of Risk Preparation Across Countries

Source: World Bank
Despite concerted regional efforts at preparation, such as ASEAN’s 2009 adoption of the Agreement on Disaster Management and Emergency Response, limited political support coupled with both inadequate risk information and a poor conceptual understanding of disaster management have resulted in many Asian countries possessing very limited disaster management capabilities.
If governments and investors in the Asia-Pacific region are serious about consolidating and sustaining economic growth, both must take critical steps to invest in resilience and ensure a more disaster-resistant future.
In Search of Resilience
A number of key international organizations including the World Bank, International Monetary Fund, UN and ADB agree that governments and their partners in the private sector must invest in a more integrated and holistic approach to disaster risk management.
The ADB terms this type of investment as disaster risk financing – “the application of financial instruments as part of a systematic approach to managing disasters in order to anticipate, plan for, reduce, transfer, and respond to natural hazard events.”
According to these organizations, the key to mitigating natural hazard risk begins with government investment in preparation and response, and continues with increased private-sector flexibility, formality, and active engagement with risk management efforts.
Governments must begin the process by stimulating the development, and ensuring the successful implementation of, disaster risk financing instruments and mechanisms. Establishing and investing in better planning and risk assessment are the first steps towards this, and can enhance government capacity to predict and prevent disasters, rather than focusing strictly on response.
In other words, planning is key.
Private Sector Help
Even before Super Typhoon Haiyan hit, for example, the Philippines 2013 national disaster budget of $171 million had already been spent. While the international community often steps in to assist with disaster relief and reconstruction, governments cannot count on external support indefinitely – especially as severe-weather events are further worsened by climate change.
Unfortunately, however, limited political support for reform in Asian countries means the private sector must also make moves to establish its own resilience against natural hazards in the region.
According to the World Bank and IMF, flexibility and formality can enhance the private sector’s ability to respond to natural shocks. Product and labor market flexibility enables the reallocation of resources within and across enterprises during disasters and the promotion of risk sharing.
Similarly, production and labor formality – compliance with laws and regulations of the host country – can further fortify the private sector by enabling the integration of planning and disaster response efforts with state agencies.
Aside from conventional private-sector procedures for planning for and responding to natural disasters at the national and local levels, investors and companies have a responsibility to step up their engagement with state risk management efforts.
Placing pressure on local and national governments to transcend limited political support for reform can serve as one of the most effective forms of insurance in the future.
Without an awareness of the current and projected natural hazard environment and active engagement with, and promotion of, public sector efforts at disaster risk financing, the private sector will remain vulnerable to large-scale losses stemming from natural catastrophe.
About the Author

Dezan Shira & Associates is a specialist foreign direct investment practice that provides advisory services to multinationals investing in emerging Asia. This article was first published in Asia Briefing and was re-edited for clarity and conciseness. For further details or to contact the firm, please visit www.dezshira.com.