Sun Hung Kai Scandal: Testing the Mettle of the CFO 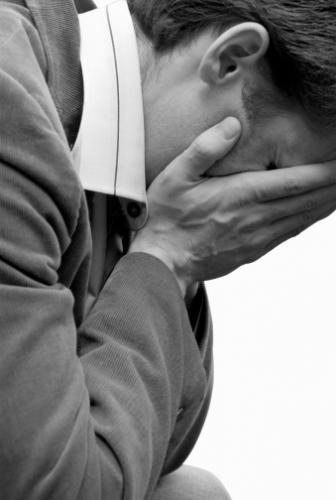 If Patrick Chan is wishing he was back at Hang Seng Bank, he is not showing it.
The 55-year-old CFO of Hong Kong’s US$8.1-billion-a-year Sun Hung Kai Properties, who also sits on the blue chip’s 21-member board, is having a trying time since leaving HSBC subsidiary Hang Seng in 2009 to take the financial reins at one of the world's biggest property enterprises.
In March this year, Sun Hung Kai's joint chairmen and managing directors, 60-year-old Thomas Kwok and his 59-year-old brother Raymond Kwok, were arrested by Hong Kong’s anti-graft agency ICAC on suspicion of violating the city’s Prevention of Bribery Ordinance.
Last week, on 13 July, charges were laid against the two tycoons and three other defendants -- Rafael Hui, 64, a former Chief Secretary of the Hong Kong government and ex-Managing Director of the Mandatory Provident Fund Schemes Authority, Thomas Chan, 65, an Executive Director at Sun Hung Kai, and businessman Francis Kwan, 61.
In a statement, the ICAC detailed the allegations against the five men, which involve rent-free use of two apartments and more than HK$35 million (US$4.5 million) in cash and unsecured loans. Specifically:
Stock implosion
Patrick Chan is not implicated – the offenses are alleged to have occurred between June 2000 and January 2009, before he signed up with Sun Hung Kai – but as the CFO, he is at the front line in interfacing with investors, banks, credit-rating agencies, regulators and the media.
The seeming breakdown in the company’s corporate governance is a particular embarrassment. “Maintaining high standards of corporate governance is always an integral part of our business philosophy,” Chan said in early March, a few weeks before the Kwok brothers were arrested. The CFO had just accepted the 2011 Asiamoney Best Corporate Governance in Hong Kong award, the latest in a line of honours accorded Sun Hung Kai by Finance Asia, The Asset and Corporate Governance Asia.
Chan has sought to reassure the markets, telling Credit Suisse clients in an April conference call that Sun Hung Kai is run by the seven-member Executive Committee, not solely by the two brothers. Chan is a member of the Exco, along with the Kwoks.
Last week, the company named Thomas’s son Adam Kwok, a 29-year-old former investment banker, and Raymond’s son Edward Kwok, a 31-year-old CPA, as alternate directors – meaning that they can take over as board directors and Exco members if their fathers are no longer able to run the company.
Two other Exco members, Mike Wong and Victor Lui, were appointed deputy managing directors to “assist Mr. Thomas Kwok and Mr. Raymond Kwok in discharging their duties,” said Sun Hung Kai in a filing with the Hong Kong stock exchange. Both men have served the company for more than 30 years and are “familiar with the day with the day to day management and operations and also with the development of the goals and strategies of the Group.”
The appointments may be meant to signal to the market that Sun Hung Kai will remain in capable hands whatever happens to the elder Kwoks, but investors are not likely to be reassured in the short term. Sun Hung Kai’s stock price plunged after the Kwoks were arrested in March and it continues to underperform against the Hang Seng Index (see chart below -- 00016 is the company’s stock code).
Trading in the stock was suspended on 13 July. The stock closed at HK$95.45 the day before, down 22% from its 52-week high; it fell 1.4% to HK$94.10 in the early morning session when trading resumed on 16 July. In March, when the Kwoks were arrested, the stock shed the equivalent of US$4.9 billion in market value, a paper loss it has yet to make up.
Wages of Scandal: Left Behind by the Index
Click image to enlarge

Good story
The Kwoks’ legal troubles pose challenges to Patrick Chan, a CPA and Chartered Certified Accountant with an MBA from the University of Warwick in the UK. The implosion in the stock price aside, the company’s credit rating has been put on negative watch by Moody’s Investors Service and Standard & Poor’s, which could mean more expensive capital-raising going forward.
Chan has a good story to tell. “Our gearing ratio as of December 31st 2011 was 16.5% only, which demonstrates that we are extremely strong financially,” he said in February when he announced the company’s interim 2011-12 results. “We would very much like to observe a prudent financial management policy.”
However, liquidity in Hong Kong and China has been “getting a bit more tight” than 12 or 24 months ago, said the CFO. “We believe that it would be prudent for the company to basically diversify our funding sources.” Sun Hung Kai issued US$400 million of 10-year debt instruments in February at 4.5% per annum.
In the wake of the charges last week, Moody’s says it is maintaining its negative outlook on Sun Hung Kai’s senior unsecured rating, but is keeping it at a relatively strong A1. “Its reputation is now further at risk,” says Peter Choy, a Moody’s Senior Vice President. “Moreover, the Co-Chairmen and senior management could be distracted by the legal proceedings."
For its part, S&P has yet to respond to last week’s events. In June, it took Sun Hung Kai out of its Credit Negative Watch list, which requires a decision on a downgrade within 90 days, and placed it on the Negative Outlook list instead, meaning that it could take as long as 24 months for a rating downgrade to be issued, if at all. S&P has affirmed the company’s A+ rating.
Chan says he has been in regular communication with the agencies and so far it seems to be working. Moody’s recognises, for example, that Sun Hung Kai “is not a party under any direct legal or regulatory action.” Choy also notes that the company has won two government land biddings since the Kwok brothers came under ICAC investigation.
The Moody’s SVP concludes that, for now, Sun Hung Kai “continues to carry out its business activities without any constraints.” He also considers as helpful the appointment of the two alternate directors and two deputy managing directors, along with the naming of two independent non-executive directors in June.
“Such prompt management restructuring further demonstrates the breadth and depth of the company's management team,” says Choy. Explaining Moody’s decision to keep the company’s A1 rating for now, he notes that the company has HK$ 9.2 billion (US$1.2 billion) in cash at the end of 2011 and net rental income of HK$10-11 billion a year.
Bribery allegations
Incorporated in 1972, Sun Hung Kai enjoys a sterling reputation in Hong Kong for its high-end residential and office projects and for its massive land bank. As of end 2011, it reported owning 46.7 million square feet of land in Hong Kong, of which 60% is completed investment properties with the rest under development, and another 26 million square feet of agricultural land. In China, Sun Hung Kai has an attributable land bank of 85.3 million square feet.
The company also enjoys a reputation for transparency (its website and annual reports are models of in-depth information) and hands-on, meticulous management. The Kwok brothers are known for working long hours and making surprise project visits, for example.
The ICAC’s allegations have now put the company’s credibility on the line. It is unclear at this time whether the charges are related to land banking, which involves government bidding. But the ICAC statement indicates that the agency has evidence that the Kwok brothers and Thomas Chan, separately and in concert, bribed Hui with money and rent-free use of apartments to make him “favourably disposed to” the Kwok brothers and/or their interests.
According to the ICAC:
The Kwok brothers, who maintain their innocence, are out on bail of HK$10 million (US$1.3 million) each. Hui and Chan were released on HK$500,000 bail and Kwan on HK$200,000 bail.
Period of uncertainty
The case has been adjourned until 12 October and can drag on for months or years. The eldest Kwok brother, Walter Kwok, had also been arrested but has not been charged. Walter became Sun Hung Kai chairman and managing director after his father, company founder Kwok Tak Seng, died in 1990. But Walter had a falling out in 2008 with his brothers and their elderly mother over the alleged undue influence of Walter’s supposed mistress in the company’s affairs.
Now a non-executive board director, Walter denies leaking information to the ICAC about the supposed bribery of Hui. The ICAC has said that Walter is not a source in its probe. Walter, 62, has also distanced himself from Hui, asserting that it was his two brothers, not him, who had hired the former civil servant – although the alleged bribery happened when Walter was at the helm.
“Hui was employed by my two brothers and he was not a consultant to me or my mother,” Walter said through a spokeswoman in May. He is stoking further uncertainty in Sun Hung Kai with his efforts to gain a one-third stake in the trust set up by his late father that controls 42% of Sun Hung Kai. Walter is questioning his removal from the trust in 2010. He claims his family is blocking him from accessing the trust documents in the safekeeping of a bank in Switzerland.
The bribery charges and family strife at Sun Hung Kai are complicating the job that Patrick Chan has been hired to do, at a time when the economic slowdown in China and the volatile global economic environment are beginning to have an impact on the property sector in Hong Kong.
Then again, it is challenging times like this that truly tests the real mettle of a finance professional.
About the Author
Cesar Bacani is Editor in Chief of CFO Innovation.
Read more on
governance