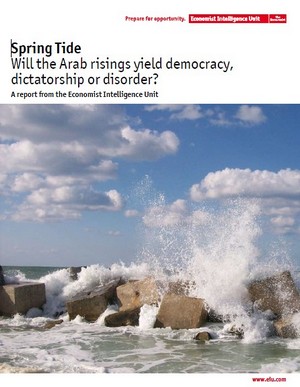 This EIU report assesses the economic impact of the Arab Spring, with short-term forecasts for the countries in the region and a long-term forecasting model for assessing the possible growth dividend to 2050 of a transition to democracy.