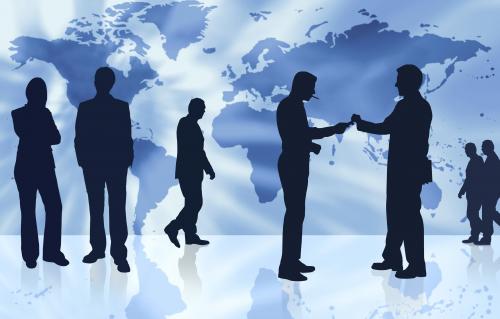 Social networking on the Internet is all the rage these days, if the mushrooming of CFO-focused groups in sites such as LinkedIn, Facebook and Twitter is any indication. A simple search will turn up such professional groups as “Chief Financial Officer (CFO) Network,” “China CFO,” and “Super CFO” on LinkedIn and “Indian CEO, CFO, CA, CS, ICWA, CFA, Finance, Corporate & Legal Professional” on Facebook.

It’s the digital equivalent of the face-to-face networking that business folks have always done, whether in industry conferences, Rotary clubs, cocktail parties, golfing trips or other social occasions. Tech-savvy executives see e-social networking as an additional tool for this time-honoured rite, and also invaluable as a free marketing vehicle for the business and for maintaining business contacts.
“Everyone is using the Internet and mobile devices to work with each other,” observes Charles Beard, CIO at Fortune 500 company Science Applications International Corporation.  “That’s where we see the promise of things like social networking.” There are caveats, however. What many don’t realize is that their status updates or casual comments left on a discussion board can potentially jeopardize their company or even their career. “The flip side [of Web social media] is we’re exposed to the dark side of cyberspace,” says Beard.
Beware the Pitfalls
It’s not difficult to imagine what some of that dark side may be. “If your company is supposed to be going through an M&A soon and you post that you’re going on a skiing holiday during that time, that’s going to raise a lot of eyebrows and cause people to wonder what’s happening to that merger,” says a CFO of a major garment retailer in Hong Kong.
He is, for one, staying away from the online business discussion and networking groups, though not from the social networking sites. “I’m very concerned [about how it affects my company], so I will not post any sensitive information,” he says. Social networking “is for fun,” the CFO adds. “It shouldn’t have anything to do with what you’re doing at work.”
But the problem is that “fun” and “work” on the Internet are not always mutually exclusive. Your list of friends on Facebook, for example, can be a hodgepodge of personal and business contacts. And even for those who make a clean separation between their personal and their professional lives by keeping two separate lists or profiles, just throwing a question out there to ask the opinion of your peers can be a gamble.
The danger isn’t just in comments that can lead others to pinpoint your upcoming schedule or recent activities — the danger is that your competition could be reading into what you’re thinking by way of your posts. According to a survey about social media use in the U.S. by the Minneapolis-based advertising agency Russell Herder and law firm Ethos Business Law, 49% of U.S. corporate executives believe that using social media could damage company reputation. And 47% say they routinely monitor their competitors’ use of social networking.
In that case, discussion posts like this could well be a potential risk: “Does anyone have any leads regarding any openings as a Law Firm CFO/Controller/Finance Director in the Philadelphia area?” With the user’s name and job position listed right next to the query, it wouldn’t take much for a competitor to figure out that this CFO may be ready to skip town — and his current job.
It’s also easy to fall into the trap of showing off even on the most professional of networking sites. “Some degree of self-promotion is more necessary now than it was in the past,” says Jean Twenge, who is associate professor of psychology at San Diego State University and author of The Narcissism Epidemic: Living in the Age of Entitlement. “However, there is a big difference between being able to talk about your strengths at a job interview and talking about how great you are to your wife, kids, co-workers and anyone else who will listen.”
“Not only is this kind of pervasive narcissism not necessary, but it will hurt you in the long run,” she adds. “Narcissists also tend to be overconfident and take too many risks. This works great during boom times but causes spectacular failure when things turn south.”

Then there is also the surprise sprung by hackers, as President Barack Obama, CNN anchor Rick Sanchez, pop star Britney Spears and others found out in a Twitter security breach earlier this year. Twitter co-founder Biz Stone explained on the site’s blog that the accounts were compromised because a hacker gained access to website support team tools that are meant to be used when a user can’t remember or wants to reset login information.

Users following the posts of CNN anchor Rick Sanchez, who interacts with his TV show’s audience through Twitter, were surprised to find messages about his supposed drug use in his posts. They were not made by Sanchez, but apparently by the hackers.
Reputational Damage
Even if a claim like these weren’t genuinely posted by the account user, the potential repercussions on corporate and personal reputations can be serious. “Information really has become the new currency of business,” says Fred Rica, a partner at PricewaterhouseCoopers’ Security and Privacy practice. “This is just not about credit card numbers. All organisations that have sensitive data, intellectual property or other trade secrets can fall victim to data and identity theft.”
In terms of costs, reputational damage is not something that a corporate executive or his or her business is can recover from lightly. The price of recovery can include corporate rebranding, increased security measures and staff training. That’s why prevention is better — and cheaper — than cure.
According to PricewaterhouseCoopers’ 2010 Global State of Information Security Study, financial loss (42%) had the greatest impact in a business’ security breach, while the compromise of the brand or reputation ranked second at 30%. Coming in at third was intellectual property theft (29%).
“I would definitely say it is more expensive to fix something after it has happened,” says Kenneth Wong, partner in PwC’s Risk & Controls Solutions practice in Hong Kong. “Last year, the amount of money that organisations had to spend to recover after something had happened was much higher than the amount of money invested upfront to secure their data, their sources.”
“Having the right mindset and alertness is crucial,” advises Wong. The nurturing of secure social networking practices is an important part of the security culture in a business. “It doesn’t matter what security policy you have in place — if you don’t have a good culture of security within your organization, something’s going to blow up one day.”
Security may have been beefed up and companies now have some security measures against Web 2.0, says Wong, but executives still need to be careful what they say on the Internet.
Ban the Net?
Is it best for CFOs and other executives to stay away from social sites altogether, both in their professional and personal capacities? And should other employees be banned from doing so as well?
Wong says companies may be able to crack the whip in the office, but there is little they can do outside the workplace. There are issues of privacy and freedom of expression rights involved. Companies may put in place “a very well-defined confidentiality agreement,” he says. “Even after the termination of employment, that non-disclosure agreement should still be effective, prohibiting what he or she can disclose about the former employer. But anyone can go to any chat room and find lots of information anyway about an organisation.”

More importantly, prohibiting the use of social media can make a company uncompetitive. The survey by Russell Herder and Ethos Business Law found that 80% of U.S. executives believe that social media can enhance relationships with customers or clients, 81% think it can build brand reputation, and nearly 70% networking can be valuable in recruitment. The most popular vehicles being used include Facebook, Twitter, YouTube, LinkedIn and blogs (in that order).

James Chie, treasurer of an investment bank in Hong Kong, says there there’s undeniable value in social networking. “It’s here to stay,” he says. “Facebook being valued at US$9.5 billion says something.” When asked if he has seen any tangible results applied to his company or his career through the use of social networking, however, Chie admits that there aren’t any just yet.
Harvard Business School Associate Professor Andrew McAfee argues that, at least in the business sphere, safe practices for using social networking are already common knowledge. “We know the stuff that will get us fired if we talk about it,” he points out. “If you work in an investment bank, for example, you have it drummed into you, before any Enterprise 2.0 tools even showed up, what you can and can’t talk about, and to whom.”
“I just don’t have tales from the front about the screw-ups, either deliberate or inadvertent, that were happening because of these more transparent tools,” he adds. “People know how to do their jobs. By this point, none of these tools are a week old, so the rules for using them aren’t unclear.”
What CFOs need to do is to know the rules and to make sure they and their subordinates follow them.
About the Author
Angie Mak is online editor at CFO Innovation.
Read more on
digital transformation