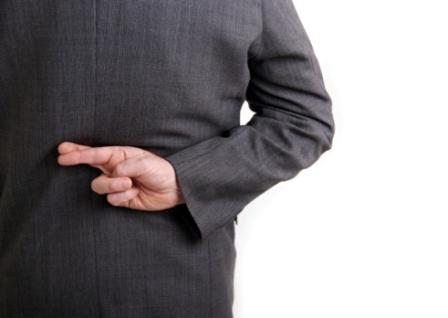 If your company has the chance to hire former Hewlett Packard CEO Mark Hurd, will your board do it?

If you recall, he is the wonder boy who is credited with turning HP around after the tumultuous reign of Carly Fiorina. During Hurd’s five-year stewardship, HP became the world’s largest maker of personal computers and servers.

Delighted shareholders counted their paper profits as HP’s stock price surged more than four-fold. But HP ousted Hurd last month for fudging some expense reports. Jodie Fisher, a 50-year-old actress who worked as a marketing consultant for HP, accused Hurd of sexually harassing her. HP found no evidence of sexual misconduct, but investigators discovered some inaccurate expense reports that covered payments made to Fisher. The fudged expenses, said to range from US$1,000 to US$20,000, showed “a profound lack of judgement,” said HP.
Last week, in what may be the fastest rebound by a CEO under a cloud in corporate America, Hurd accepted an offer by Oracle to become that company’s co-president. HP’s share price had fallen 8% when he was fired, lopping some US$10 billion from HP’s market value. Oracle’s stock price surged 6% on September 6, the day Oracle announced his appointment – equivalent to a gain of US$7 billion, an indication of how highly investors value Hurd as a business executive.
The firing-and-hiring saga is raising questions about corporate governance in both HP and Oracle – and a reassessment of what good corporate governance really is in America and even here in Asia. Last year, Korea’s Lee Kun-hee, son of Samsung founder Lee Byung-chul, resigned as group chairman after he was convicted of illegal bond trading and tax evasion. South Korean President Lee Myung-bak pardoned Lee Kun-hee in December. Three months later, in March, Lee Kun-hee was appointed chairman of Samsung Electronics. Samsung’s stock price jumped to a 52-week high in April.
Shades of Grey
Corporate governance experts in Asia and elsewhere decried Lee’s reinstatement. But their reaction to the Hurd affair has been more muted. “It’s not as black and white [as the Samsung case],” says a specialist in a corporate governance organisation, who requested anonymity because he is not authorised to comment. “Personally I think HP’s decision to fire Hurd shows that HP has strong corporate governance, while Oracle’s hiring raises questions about its governance. But I recognise that this is a case where nuance is required and people will have their own [divergent] opinions.”
To be sure, there is no lack of applause for HP’s board. “Some would say that we shouldn’t sweat the small stuff,” writes Harvard Business School Professor Rosabeth Moss Kanter. “If the job performance is stellar enough, we shouldn't punish results-producing leaders for an error here and there, even on company time and with company money. I’m sure that some HP shareholders will make that argument, decrying the board's actions in forcing Hurd out.”
But she argues that HP made the correct decision because “the signals of a leader’s judgement lie in the small things.” Prof. Kanter goes on: “As is often said, the devil is in the details – and so is the angel. Signs of character are most visible when they are least visible – that is, demonstrated by what people do when they think no one is watching, such as following the rules or taking the moral high ground with no audience observing them . . . That’s why we don't want to entrust national security, corporate finances, or leadership of a major enterprise to people who can’t put institutional interests above personal indulgences or turn in an honest expense report.”
Oracle CEO Larry Ellison and his board obviously disagree. He has branded the HP board’s ouster of Hurd, who is a close friend, as “the worst personnel decision since the idiots on the Apple board fired Steven Jobs many years ago.” As co-president of Oracle, Hurd brings a reputation for managerial efficiency and cost-cutting, a key factor for the improvement in HP’s bottom line but also a source of ill will from the thousands of employees that were let go or had their salaries slashed. HP has announced another 9,000 layoffs over the next three years.
Oracle can use Hurd’s expertise and experience in integrating a series of mergers and acquisitions, the latest one being its US$7.4 billion takeover of Sun Microsystems, which was finalised in January. “Mark did a brilliant job at HP, and I expect he’ll do even better at Oracle,” says Ellison. HP sued Hurd for joining Oracle, claiming violation of the confidentiality agreement he signed with HP. But that suit was settled on September 20, with the former HP CEO agreeing to give up part of the compensation HP owed him.
Teaching Moment
Amid the hoopla and legal manoeuvrings, the Hurd saga is also turning out to be a teaching moment for companies and investors about the limits of corporate governance. If a business leader commits an infraction and is ousted by his or her board, is that board wrong when investors then sell their shares in an apparent sign that they don’t agree with the decision? And if that same leader is then hired by another company and that company’s stock price shoots up, does this mean that the second company is right to disregard the infraction the new leader committed in the first company?

The market’s knee-jerk reaction should not necessarily be regarded as a vote of confidence for or against a company’s governance decision because the driver may be day traders and arbitrage players, not long-term shareholders, says the corporate governance specialist who asked not to be named. “I don’t know this for a fact, but it may be that institutional and other long-term investors may rethink their investments in Oracle and will be attracted to HP in the light of the decisions they made on Hurd,” he adds.

That’s the classic view of corporate governance, which posits that good practices (such as not tolerating “a profound lack of judgement” and tax evasion by CEOs) will ensure company sustainability and profitability in the long run. But doesn’t five years at HP already count as long-term in Hurd’s case? And Lee Kun-hee has been at the helm of Samsung from the early 1990s. That’s nearly two decades of growth and profitability, which is surely already long-term in anyone’s book.
“But don’t forget that companies also have a responsibility to the public and this includes sending the right signals about behaviour,” says the governance specialist, implying that business executives should also be role models. That may be true in cases where the courts have made a definitive ruling on criminal behaviour such as Lee Kun-hee’s. Regardless of the presidential pardon he got and continued long-term sustainability and profitability at Samsung, many would agree that he does not deserve to get back the top post.
Hurd’s case is arguably of a different order, despite Prof. Kanter’s attempt to draw a direct line between failing to turn in an honest expense report and inability to provide leadership to a major enterprise. Should you hire Hurd as CEO? Many boards are likely to say yes, on balance. After all, if everyone that has turned in a less-than-perfect expense report is forced to leave, there will be an awful lot of job vacancies. Presumably, Hurd has learned lessons about honesty and good governance. He and Oracle may well emerge the winner from the whole sorry saga.
About the Author
Cesar Bacani is senior consulting editor at CFO Innovation.
Read more on
governance