Should We Worry About Hong Kong Banks? 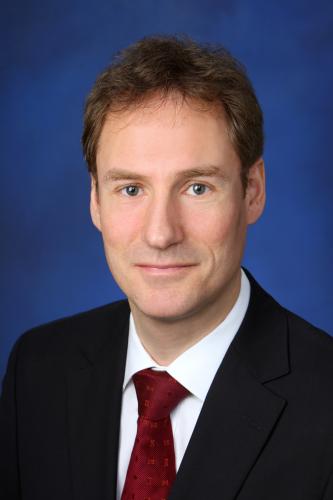 Prolonged periods of loose monetary conditions can sow the seeds of financial meltdowns, as the subprime crisis and the European debt crisis have once again proven. Nowhere does this lesson resonate more clearly than in Hong Kong, which is growing along with high mainland Chinese rates and but has to set monetary policy at super low US interest rates.
This article takes a closer look at the Hong Kong banking sector and asks what might happen if growth rates come down or interest rates go up.

Monetary conditions in the territory have been ultra-loose for an extended period. Figure 1 shows the difference between the real growth rate and the real interest rate since 1982.
Click chart to enlarge

This gap should be negative in equilibrium, because people face unlimited incentives for leverage when the return on investment (the real growth rate) exceeds the costs of financing (the real interest rate). Currently, investment returns exceed financing costs by 6 percentage points. The last time that monetary conditions were this loose was in the early 1990s.
When monetary conditions eventually reversed during the Asian crisis, banks experienced a liquidity crunch and nonperforming loans soared from 2% to 10%. Looking at higher frequency data I find that monetary conditions have been this loose for about 1.5 years. By comparison, the period of monetary accommodation in the early 90s lasted for 4 years.

Vulnerabilities on the asset side
Low interest rates have led to significant build-up in leverage, thereby raising banks' credit risk. Credit has been growing at 30% year-on-year over the last 7 months. The last time we saw these growth rates was at the outset of the 1980 debt crisis, in the lead-up to the 1997 Asian crisis, and on the eve of the 2008 Lehman collapse (Figure 2).
Click chart to enlarge

As a result, outstanding credit to GDP grew from 195% of GDP at end-2008 to 255% of GDP today, and residential property prices surpassed their Asian crisis peak in early 2011 (Figure 3).
Click chart to enlarge

In terms of sector breakdown, credit to wholesale and retail businesses, trade financing, and credit for use outside Hong Kong, mainly China, recorded the fastest growth rates (although coming down for the latter, Figure 4).
Click chart to enlarge

Exposure to mainland China amounts to about 20% of bank assets and is of particular concern given the potential of a Chinese credit/property bubble.

Despite these developments, it seems that the credit risk of the Hong Kong banking sector is manageable. To begin with, outstanding credit was significantly higher in the past – it was 355% off GDP in 1995 – and yet Hong Kong avoided any bank failure or bank recapitalization during the Asian crisis.
Second, the minimum down payment for home purchases – usually at 30% – was repeatedly raised since October 2009. Meanwhile, the required down payment for luxury apartments and non-owner occupied properties amounts to 50% – and 60% for non-residents, In addition, Hong Kong banks are among the best capitalized in the world (Figure 5). Finally, the Hong Kong government has fiscal reserves amounting to 33% of GDP which could be drawn upon if cracks do show up in the banking sector.
Click chart to enlarge

Vulnerabilities on the liabilities side
Strong credit growth and a new fondness for RMB deposits have also put strains on banks’ balance sheets: the HKD loan-to-deposit ratio increased from 69% in October 2009 to 81.7% in March 2010, exposing banks to greater liquidity risk (Figure 6).
Click chart to enlarge

Moreover, the maturity of deposits has fallen steadily since 2007, with the share of time deposits dropping from 58% to 35%. In response the Hong Kong Monetary Authority (HKMA) in May asked banks to conduct stress tests assuming that half of the deposits added since late-2008 are withdrawn over the next 12 months.

From a historical perspective, the recent rise looks even less alarming. As shown in Figure 8, Hong Kong’s loan-to-deposit ratio was significantly above the current mark for most of the past 30 years, and as recently as October 2008. Regarding the maturity of deposits, it is definitely at the low end, but has been at these levels for the better part of 2004 without significant ramifications.
Click chart to enlarge

Moreover, banks’ liquidity ratio remains well above the regulatory minimum. The HKMA monitors banks’ liquid assets (debt securities and loans due within a month) to short-term liabilities (due within a month) and requires that this ratio stay above 25% on a monthly average basis. The liquidity ratio for retail banks fell from above 50% in 2007 to 36.7% in the first quarter of 2011, but remains it well above the statutory requirement.

Currency mismatch is no major concern. Data on banks’ long and short positions as of March 2011 shows that FX risk is well contained (Figure 9). The aggregate net open position of the banking sector (across all banks and all currencies) amounted to 0.1% of banking sector assets.
Click chart to enlarge

The rapid development of the RMB offshore market in Hong Kong has raised concerns about banks’ RMB exposure. The HKMA does not yet publish data on RMB open positions, but it issued a circular in December 2010 requiring banks to restrict RMB open positions to 10% of their RMB assets or liabilities, whichever is larger.
Using data on RMB deposits as a rough guide, banks’ RMB liabilities would come to RMB 500 billion. Ten percent thereof is RMB 50 billion, or well below the RMB 200 billion that HKMA could provide through its swap agreement with the People’s Bank of China in the event of shortage of RMB in Hong Kong.

Hong Kong has usually been spared during episodes of major capital reversals. Figure 10 shows capital flows to global emerging markets and Hong Kong since 1998, excluding relatively stable FDI flows. While it is probably an exaggeration to call Hong Kong a safe heaven, it has shown remarkable resilience in the face of major risk reversals.
Click chart to enlarge

Based on past experience, US monetary tightening should pose no challenges for Hong Kong banks. Monetary tightening in the US is seen by some as the catalyst that could put severe strain on an overleveraged banking sector. Also HKMA Chief Executive Norman Chan warned that capital could flow out of Hong Kong once the US starts raising interest rates. If past experience is any guide, banks should do fine.
Figure 10 also shows the spread of HIBOR over Exchange Fund bill yields of corresponding maturity. Since HIBOR is the rate at which banks borrow from each other, this spread is a good indicator for liquidity shortage and/or counterparty risk concerns. Periods during which the Fed hiked rates are shaded grey.
Figure 11 shows that liquidity is tighter during Fed tightening cycles, but at 80-100 basis points the effect is modest, particularly when compared with crisis episodes of 1997/98 and 2007/08.
Click chart to enlarge

In conclusion, Hong Kong is one of the most open and most flexible economies in the world. Its citizens and regulators are well accustomed to large and sudden reversals in economic fortunes and capital flows. If the past 30 years are anything to go by, Hong Kong should withstand a reversal of the current episode of ultra-loose monetary conditions. The findings complement my argument that strains on Hong Kong won’t be large enough to force an abandonment of the currency peg.
About the Author
Erik Lueth is Senior Regional Economist at RBS, the Royal Bank of Scotland.
Read more on
economic outlook foreign exchange China