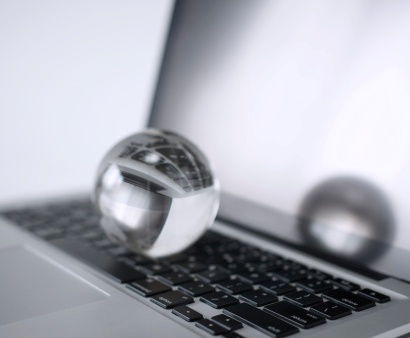 Next time someone tells you investing in business intelligence is a waste of money, tell them the story of J.P. Morgan chairman and CEO Jamie Dimon. In October 2006, Dimon decided that the bank’s growing business in securitizing sub-prime mortgages “could go up in smoke” and pulled out of the market when it seemed to be booming.

The triggers for Dimon’s decision were two pieces of business intelligence. That very month, at a regular review of the bank’s mortgage servicing business, the head of servicing noted that late payments on sub-prime loans were soaring at an alarming rate. And J.P. Morgan’s investment bank saw credit default swaps, a means of insuring against failing sub-prime loans, becoming much more expensive.
That was enough for Dimon. He ordered his managers to bail out of sub-prime, a decision which saved the bank billions and left it, after the credit crunch, in a much stronger competitive position.
1 Confront reality – and be profitably surprised
Andy Neely, deputy director of AIM Research and a professor at Cambridge University’s Institute of Manufacturing, says J.P. Morgan’s escape indicates the transformational value of business intelligence.
“Good business intelligence should provide surprises,” he says. “Management hold many assumptions about the way organizations and markets work. Used well, performance data and insights challenge these assumptions, providing that ‘aha!’ moment. There are more mundane aspects – giving insight into operational performance and prioritizing investment – but when it delivers surprises, it becomes truly valuable.”
Used wisely, business intelligence can help managers follow former General Electric chief Jack Welch’s advice: “Confront reality – not as you wish it were, and not as it used to be, but as it really is.” Simply by crunching its customer data differently, segmenting its buyers more effectively and using that to shape its sales strategy, online retailer Amazon increased revenues by 8%.
One of the many ironies of the credit crunch is that companies are tempted to invest less in business intelligence when they ought to spend more. Gartner, a technology research company, estimates that in the next two years, 1,750 of the world’s largest companies will regularly fail to make insightful decisions because they don’t have the right intelligence at the right time with the right people.
2 Use intelligence to transform your performance
Since the 1980s, companies have been doing business in the information age, yet KPMG’s research suggests that seven out of ten executives still believe they get the wrong information to make decisions. What’s going on?
Neely believes organizations often make do – even though they mistrust their data – because of a misinformed skepticism about the rewards of investing in business intelligence. “Managers often see it as an IT issue, but research shows that companies need to simultaneously create infrastructures for management and IT. If you develop one or the other, the best you can hope for is an 8% improvement in performance – if you combine the two, your performance can improve by 34%.”
The advent of groundbreaking business technologies often follows a familiar pattern. Evangelists hype up the technology, early adopters invest on the strength of that hype and are disappointed. But by analyzing their failures, they can adopt a more realistic approach to the technology which delivers genuine value. Now the hype about business intelligence solutions has begun to clear, credible evidence of their value is emerging.
Knowing shoppers’ budgets were tight, Wal-Mart, crunched its inventory data to reduce stock (cutting costs by 6%) and to identify which product discounts would most help consumers. The resulting influx of new customers compensated for lower sales per customer and boosted profits.

3 And you don’t need to break the bank

A 34% increase in performance would turn any CFO’s head, but Linda Imonti, Global Co-Leader, Business Intelligence at KPMG International, says: “The fear is that people will come in and say you need to invest millions of dollars to get this right.”
A good CIO, Imonti says, will first try to meet business needs with tools the organization has already invested in. Besides, she says, the aim isn’t to have the biggest database in the world: “The bigger test is turning that data into information and using it as intelligence to make decisions.”
Bernd Trautwein, Partner, KPMG in Germany, says the bill for business intelligence isn’t that steep. “Our research suggests that a global consumer goods company will probably be spending around 2% of IT investment [on intelligence].”
Calculating the ROI on that spend may not be easy, but Trautwein says: “The question is whether the CFO feels he could reduce the amount of people managing, reconciling and analyzing data.”
There are, Imonti points out, other gains: “If the investment helps you manage your supply chain more efficiently, you will be able to predict a percentage reduction in costs. Similarly, if you can handle sales information more rapidly and efficiently, you could predict a certain increase in sales.”
Sometimes, the gains can be unexpected and delightfully simple. All Mattel, the world’s largest toy-maker, did was collect more detailed information from high-volume retailers on the goods they returned. Analyzing that data helped it reduce the costs of defective returns by over 30%.
Neely believes the real gain is much bigger – and hard to quantify: “There are major challenges in improving the quality of data and eliminating inconsistencies, but companies that have backed their business intelligence with long-term investment claim impressive levels of ROI. And we’re not talking about short-term paybacks, but a fundamental shift in performance.”
4 Be careful about what you measure
IT is a convenient scapegoat whenever a business intelligence investment fails to deliver but, Imonti says the real responsibility often lies with the CEO: “The first question you have to ask is whether you’re measuring the right things. Are these metrics on your CEO’s dashboard? How does measuring days of inventory, for example, relate to the strategy?”
Defining metrics might be simple. Making sure they are used is tougher. “You can have the best solutions in the world but unless you enable your enterprise-wide team to use them, you have lost the battle,” says Imonti. “And if senior management keep using the old measures, it’s all over.”
Neely adds a word of caution. “Remember the old adage that ‘you get what you measure’. When telesales staff are monitored on the length of time it takes them to deal with customer calls, it is not uncommon to find them cutting people off mid-call just so the data looks impressive. Malevolently or not, staff will adopt ‘gaming tactics’ to achieve targets they have been set.”

Neely says the classic example is the British National Health Service, where an apparently logical target – reducing waiting lists – leads to outcomes “that don’t necessarily improve the quality of healthcare for the public at large”.

5 What you’re not measuring matters
The Oakland Athletics are one of baseball’s most intriguing stories. With a budget 60% smaller than the New York Yankees, the A’s have punched above their weight by ignoring conventional wisdom and using data-driven management to recruit players.
General Manager Billy Beane found that if you analyzed how often a player reached a base and how many bases they reached after their hits, you could measure a batter’s power more accurately than such yardsticks as stolen bases, which had been used by scouts since the 19th century.
The stats persuaded the A’s not to follow the traditional strategy of buying players at high school: they found the hard stats on a player’s performance at college forecast achievement more accurately than a scout’s subjective forecast of a high school player’s development.
In The Granularity of Growth, Mehrdad Baghai, Sven Smit and Patrick Viguerie argue that firms should emulate the A’s and drill deep into their data. Their research found that the global economy has millions of growth pockets – some worth as much as US$200 million – and that the chief differentiator of organic growth between 200 top companies was whether they were in the right growth pockets.
These pockets – often geographical or specialist sub-divisions within a sector – might not be obvious in general sales data. But, their research suggested, choosing the perfect portfolio of pockets was much more likely to deliver organic growth than any attempt to increase market share.
6 You can’t solve this issue with IT
“Many companies believe implementing a new platform will solve their problems,” says Trautwein, “but if processes aren’t standardized, you’re probably not deriving the right decisions from it.”
Trautwein advises: “Don’t run the project from IT, run it from the business.” Imonti says it is crucial that business units buy into the new approach and that buy-in is much less likely if the solution is perceived as being imposed by IT.
That said, you can’t ignore IT, because the issue of who needs to see what information and what they can do with it is complex. “A basic mistake is making all information available to all people to make any decisions,” says Neely. “You need to provide the right information to the right people at the right time. This can mean senior managers relinquishing control over certain decisions.”
CIOs need to ensure their company retains a certain flexibility and doesn’t rely too heavily on one vendor. In companies with strong information cultures, they may also want to engage with the business by launching a task force to ensure they are delivering the intelligence managers want.
7 A journey of a thousand miles...
...begins with one step, as the ancient Chinese proverb says. Trautwein suggests that managers considering investing in business intelligence should heed this.
“To go from 0-100% in one big step is too big, too complex. You might want to start with a small project, where you can measure success, or build agreement that this is a step-by-step process over a long term.”
There are many ways of deciding whether your investment is succeeding, but the best criterion, Trautwein suggests, “is whether the quality of support for decisions has improved.”
If managers start to trust the data they use – and the data is timely and accurate – they have a better chance of making the right decisions and being profitably surprised by the data they receive. With the global economy on a long and winding road to recovery, this is hardly the time to be flying blind.
About the Author
This article is republished from KPMG Agenda Magazine, the website on advisory and other issues by KPMG, a global network of professional firms providing audit, tax and advisory services.
Read more on
performance management