Salaries in 2013: How to Set Realistic Expectations 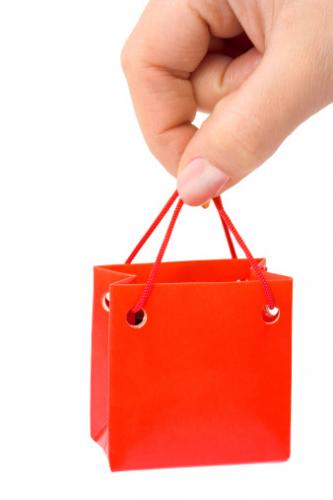 “Some people we’ve talked to in Hong Kong expect a salary increase in the lower two digits,” says Eunice Ng, Director of recruitment company Avanza Consulting. “Some even want a 20% increase. But the reality is not like that. When we are talking to the actual people who are doing the budget, the answer is only 3% or 4% [pay rise] in 2013.”
It’s not just in Hong Kong. According to a recent survey by human resources consultancy ECA International, involving 322 multinational companies in 65 countries, 14 of them in the Asia Pacific, the average salary increase for white-collar staff, including those in the finance team, is 6.2% in Asia as a whole.
Vietnam leads the region in terms of salary increases, with employers there planning to raise salaries as much as 12% in 2013. Japan’s white-collar employees cannot expect much, with employers forecasting salary increases of 2%, on average, the lowest in Asia.
Employers in Hong Kong and Singapore expect to raise salaries by an average of 4.5% next year. “Companies are forecasting the same rates of increase in 2013 versus 2012,” says Lee Quane, Regional Director, Asia, at ECA. “This shows a lack of confidence in the economy over the course of the next 12 months.”
Salary and Inflation
The CFO, of course, plays a key role in setting the rate of salary increases, including those of finance executives and staff, in conjunction with the CEO, HR and the lines of business. Those rates will almost certainly influence what the increases will be for the CFO and other C-level executives themselves.
In the current uncertain economic and business environment, however, the finance chief will not want to go much more beyond the market rate. But if they can help it, no one will go to the extent of freezing or even cutting compensation either. The key is to strike the right balance between fiscal prudence and keeping employees reasonably satisfied.
One way of doing that is for the company to put the increase in the context of inflation. According to the ECA survey, the average salary increment in Venezuela is 28.1%. Is that good? Not really. The International Monetary Fund (IMF) forecasts inflation in the South American nation to jump as high as 30%, so employees there will actually be worse off in 2013.
In contrast, the 4.5% average increase in Hong Kong, for example, represents real growth, given inflation expectations of around 3% next year as forecast by the International Monetary Fund. The real growth is actually 1.5% (4.5% minus 3%), which is better than the 0.7% real growth in 2012 (see chart below).
Click image to enlarge

Source: ECA International
Hong Kong vs. Singapore
“From a trend point of view, 4.5% is actually quite a good increase in Hong Kong,” argues Quane, noting that it is in fact an improvement in real terms compared with 2008 (real growth: 0.2%), 2009 (0.5%), 2010 (0.3%) and 2011 (minus 1.7%).
But the same trend is not holding up in Singapore. It’s pretty bad news for Singaporeans, says Quane. The IMF forecasts inflation in the Lion City to come in at 4.3% next year, so the 4.5% average increase represents real growth in salaries of just 0.2%.
In China, companies are planning an average increase of 8.5% increase in wages next year, according to the ECA survey. The IMF forecasts inflation to rise there by 3%, so real growth is at 5.5% – the second highest in Asia after Vietnam’s 5.8% (nominal salary increase of 12% minus forecast inflation rate of 6.2%).
The planned salary increments vary within China, notes ECA. Employers in Beijing and Shanghai, for example, say they will raise wages by 8%, while those in Guangzhou will grant 9% increase on average. Increments in Shenzhen will average 8.3%.
While the lowest in Asia, Japan’s 2% salary increase is actually not too bad in real terms. Because of forecast deflation there, Japanese white-collar salaries may in fact increase by 2.2% in real terms next year.
And people should not forget that the base pay of employees in China and Vietnam are still lower than their counterparts in Hong Kong, Japan and Singapore. That gap will not disappear in 2013 even if Chinese salaries, for example, rise by 8.5% while those in Hong Kong and Singapore grow by just half that.
“However,” says Quane, “the fact that Chinese employees will be experiencing significantly higher wage increases does mean that the salary gap between these locations will narrow.”
Open Communications
What else can companies do? “The CFO should be very open and talk about how they came up with the budget in the context of developments in the global economy, regional economy and the local market,” suggests Avanza’s Ng. “Bring people on board by making them understand how the budget was created, so there’s no surprise and no disappointment.”
Allan Tsang, CFO of Guoco Group, an investment holding and management company in Hong Kong, agrees. “People always expect to have an increase,” he says. “If the situation is bad, then we should keep them updated and explain that they should have lower expectations.”
As much as possible, though, he says the company has to budget for salary increments. “We need to manage cost, but at the same time we of course do not want to drive away our good staff by not meeting the standard expectation of an increase.”
At Hutchison Whampoa (China), a subsidiary of Hong Kong conglomerate Hutchison Whampoa, management tries to look for ways to somehow make up for sluggish movement in salary rises. If head office mandates rises lower than the market rate, says CFO Patrick Wan, the company would tap money allocated for bonuses and personal development programmes. “For example, they can be reimbursed for attending some courses and seminars,” he says.
What About Finance?
But Wan believes finance staff should be given a salary increase next year, albeit at a moderate rate, because of their technical skills that companies should value. “You need a long period of time to attract, train and retain good finance people,” he says.
It’s not only that, adds Leong Wee Pheng, Finance Director at Nike Singapore. “The changing role of finance towards becoming more of a business partner actually requires more than just technical skills,” he says. “That adds a lot more in terms of demand [for business-oriented finance professionals] and of course with that demand, they command higher value in terms of the compensation.”
Not everyone agrees. “In the current situation, I don’t see the financial people getting a higher increment [than others in the company],” says Guoco’s Tsang. “Everybody is suffering and if you look at the [financial services] industry, some have already started to lay off people to cut costs. Everybody has to face reality.”
Increment or no increment, and all points in between, companies and CFOs need to tell their people well in advance what the situation is, why this is the case, put it in the context of inflation, and find ways to soften the blow through bonuses, career development and other incentives.
About the Author
Pearl Liu is Online Editor at CFO Innovation.
Read more on
human capital management compensation and benefits