Is Your Company Prepared If the US and North Korea Go to War? 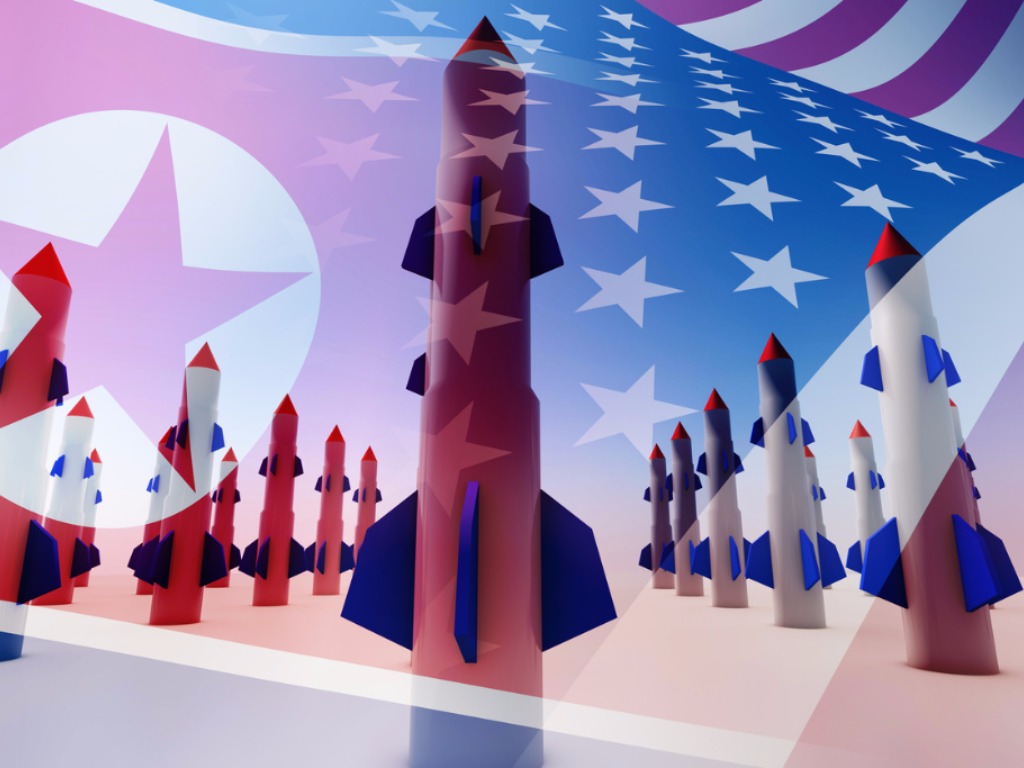 No, we’re not saying it is inevitable that Donald Trump’s and Kim Jong Un’s incendiary rhetoric will lead to all-out conflict. But CFOs need to take this eventuality into account as they continue helping to de-risk the organization.

The first thing to do, of course, is to know what is going on and assess the likelihood of the range of outcomes. Then the company should evaluate its vulnerabilities according to each scenario, including disruption to its supply chain – and take what preparatory action it can to deal with those vulnerabilities.

“North Korea best not make any more threats to the United States. They will be met with fire and fury like the world has never seen”

At the moment, the conflict is still at the level of words. On August 8, Trump issued a stark warning: “North Korea best not make any more threats to the United States," he told reporters in slow and deliberate terms, his arms crossed in front of him. "They will be met with fire and fury like the world has never seen. He [Kim Jong-un] has been very threatening ... and as I said they will be met with fire, fury and frankly power, the likes of which this world has never seen before.”

A few hours later, North Korea called his bluff. The state-run KCNA News Agency carried a statement attributed to a military spokesman that it was “carefully examining” plans for a missile attack on Guam, a US territory in the Pacific.

“The KPA [Korean People’s Army] Strategic Force is now carefully examining the operational plan for making an enveloping fire at the areas around Guam with medium-to-long-range strategic ballistic rocket Hwasong-12 in order to contain the US major military bases on Guam, including the Anderson Air Force Base in which the US strategic bombers, which get on the nerves of the DPRK [Democratic People’s Republic of Korea] and threaten and blackmail it through their frequent visits to the sky above south Korea, are stationed and to send a serious warning signal to the US,” said the statement.

“The plan is to be soon reported to the Supreme Command soon after going through full examination and completion and will be put into practice in a multi-concurrent and consecutive way any moment once Kim Jong Un, supreme commander of the nuclear force of the DPRK, makes a decision,” added the spokesman.

“The execution of this plan will offer an occasion for the Yankees to be the first to experience the might of the strategic weapons of the DPRK closest.”

The next day, Trump tweeted: “My first order as President was to renovate and modernize our nuclear arsenal. It is now far stronger and more power than ever before . . .  Hopefully we will never have to use this power, but there will never be a time that we are not the most powerful nation in the world!”

In response, North Korean Gen. Kim Rak Gyom, commander of the Strategic Force of the Korean People’s Army, called Trump’s words “a bunch of nonsense” and reiterated the country’s plan to attack Guam. “Sound dialogue is not possible with such a guy bereft of reason and only absolute force can work on him,” the general said in a statement.

Kim said four “intermediate-range strategic ballistic rockets” will be fired simultaneously and overfly Shimane, Hiroshima and Kochi prefectures in Japan before hitting the water 30 to 40 kilometers from Guam after 1,065 seconds (17 minutes and 45 seconds). This plan will be finalized in mid-August and sent to Kim Jong Un, who will make the decision.

“We keep closely watching the speech and behavior of the US,” the North Korean general concluded.

Companies need to assign probabilities to the scenarios and then plan a course of action, particularly those based in South Korea and Japan, and those whose supply chains and sales rely heavily on these two countries

The situation is still at the level of words. Trump is showing no signs of letting up on giving North Korea a dose of its own over-the-top saber-rattling, despite a chorus of voices in the US that counseled restraint. “I take exception to the president's comments because you’ve got to be sure you can do what you say you're going to do," said US Senator John McCain, who heads the Senate Armed Forces Committee.

US Secretary of State Rex Tillerson defended Trump’s statements, but said America remains open to talks with North Korea. US Defense Secretary James Mattis, who has said in the past that diplomacy is the preferred option, echoed the boss’s words on August 9. “The United States and our allies have the demonstrated capabilities and unquestionable commitment to defend ourselves from an attack,” he said in a statement. “The DPRK should cease any consideration of actions that would lead to the end of its regime and the destruction of its people.”

For companies and their risk-management committees, the question is where the intensified macho posturing will lead. There is a range of scenarios:

Kim Jong Un backs down. North Korea successfully tested the Hwasong-12 intercontinental missile in July and is now said to have succeeded in miniaturizing a nuclear device that the missile can carry as a warhead. In response, the United Nations Security Council unanimously voted to impose strong sanctions, something that China had opposed in the past. Coupled with Trump’s saber-rattling while keeping the diplomatic route open, North Korea agrees to talks and the immediate crisis is averted.

The can is kicked down the road. The mid-August deadline passes without incident and the war of words tapers off, even as the UN sanctions on North Korea kicks in. Kim Jong Un continues to test and develop weapons – his scientists are said to still be grappling with the crucial issue of keeping the warhead intact as it re-enters the atmosphere on its way to the target. Tensions simmer.

War ensues. North Korea fires the missiles and Trump orders a surgical strike. But the missiles and nuclear facilities are well-hidden and buttressed in the mountainous terrain. North Korea is able to fire short-range missiles with conventional or nuclear warheads, devastating Seoul and Tokyo. Fearing a refugee crisis on its borders and US troops so close to its territory, China, North Korea’s long-time ally, gets sucked in. World War III looms.

Corporate risk management committees will need to assign probabilities to these and other scenarios, and then plan a course of action. This applies particularly to companies based in South Korea and Japan, and those whose supply chains and sales rely heavily on these two countries.

“As any company with Korea experience knows, periodic geopolitical crises are a familiar feature of the environment and are rarely cause for alarm,” says global risk consultancy Control Risks, writing in July as North Korea started testing its intercontinental missile. “Yet desensitization can lead to inadequate attention and planning for scenarios which – while highly unlikely – have nonetheless major impacts.”

Control Risks suggests that companies ask themselves eight questions to assess their readiness.

Have you conducted a risk assessment that provide a comprehensive understanding of the current situation, the different conflict scenarios that could play out, and how each would impact your business, given your specific footprint in Korea?

Do you have a systematic monitoring and analysis capability to provide early warning and inform decisions when faced with alarming headlines or events in Korea? Does it offer a systematic framework to identify escalation triggers and indicators, and access to the necessary expertise to distinguish between media hype and major escalations?

Do you have evacuation and security programs that are realistic for a Korean conflict situation, and provide options for multiple scenarios where evacuation and workforce relocation options may be severely constrained?

Is your communications strategy focused externally and internally, including media and customer inquiries, and also internal communications? Does it include proactively managing the expectations and concerns of employees and their families?

Do you have baseline crisis management and business continuity capabilities, teams and plans that are up to date and robust enough to respond to scenarios such as severely disrupted infrastructure, supply chains and communications?

Are your plans and capabilities tested and adapted? When did you last train crisis and business continuity teams on their roles, responsibilities and in- extremis decision-making capabilities? Have you conducted an exercise using a Korean conflict scenario and testing your triggers (cautious ones could mean frequent activation, aggressive ones may mean moving too late)?

Have you prepared for scenarios with wider regional impacts beyond Korea, particularly in China and Japan, to evaluate response capabilities and give global teams a safe environment to practice using response protocols? Do your plans factor in jurisdictional compliance obligations?

Do your key vendors have the level of contingency planning necessary to ensure your operations will not be significantly disrupted?

While some of these measures can be created or updated relatively painlessly, others will require time, effort and resources – and possibly the services of external consultants.

It will be up to the CFO and the rest of the risk management committee, including the CEO, to weigh the cost of the effort against the gains.