Would the Issuance of RMB Bills in Hong Kong Help Stabilize the Currency? 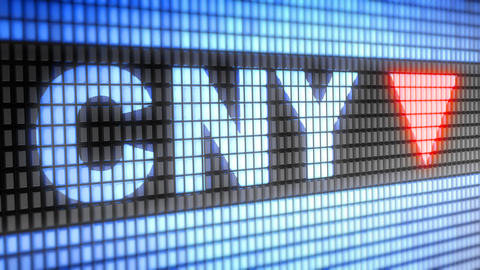 China’s central bank will issue a total of RMB 20 billion (US$2.87 billion) of bills in Hong Kong next month, its first issuance in the SAR, the world’s biggest offshore RMB clearing center, according to a Reuters report on Wednesday.

The People’s Bank of China (PBOC) will issue RMB 10 billion in three-month bills and RMB 10 billion yuan in one-year bills in Hong Kong on Nov 7, the report says, quoting authorities as saying that the issuance is aimed at expanding the range of RMB-denominated products of high credit rating in Hong Kong and improve the RMB yield curve.

This is not the first time that the PBOC issued offshore bills. In 2015, it sold 5 billion yuan of one-year bills in London.

The issuance is supposed to help the central bank better manage the currency’s liquidity in the offshore market.

The onshore RMB on Tuesday hit 6.9613 per dollar, the weakest since 2008 and record a drop of more than 6.5% against the greenback since the beginning of the year.

China’s central bank set its official RMB midpoint to the lowest level in over a decade on Tuesday, as concerns over an economic slowdown remains a result of the trade dispute with the US.

The offshore issuance might help prevent the RMB to breach the 7.0 “psychological barrier as that could  help raise the interest rates in the offshore market and the cost of shorting the RMB.

BBVA Research predicts that the Chinese central bank might deploy the measures implemented during the 2015 market turmoil.

“If the RMB exchange rate approach the psychological barrier of 7 in the future, the central bank might impose capital control, intervene in the Hong Kong offshore market, and use foreign reserves to defend,” Xia said.