In its latest forecasts, the World Bank expects the global economy to expand modestly by 2.7% this year, led by a recovery emerging market and developing nations in Asia and elsewhere.

But the bank warns of downside risks, despite the possibility of more expansionary fiscal policy in major advanced economies. These include:

“The improvement is driven by diminishing obstacles to activity in commodity exporters and robust growth in commodity importers,” says the bank.

The prospects for advanced economies are more modest. Growth in the US, Euro Area, Japan and the UK aggregates at 1.9% in 2017, only slightly better than the 1.7% recorded last year. 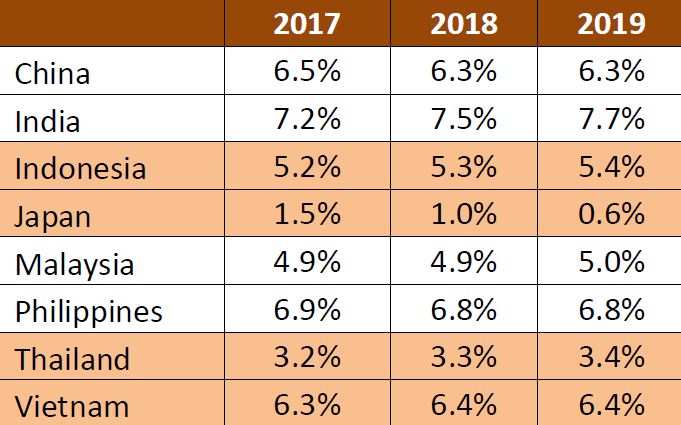