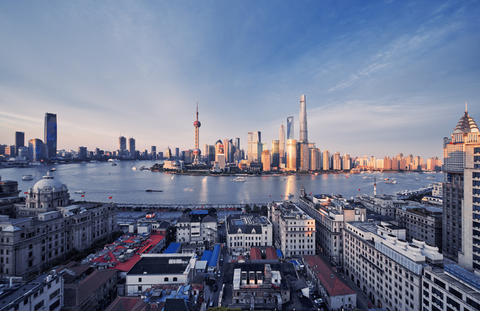 China's economic growth is likely to slow to 6.2% in 2019 from an expected 6.5 percent this year, the World Bank in a report published on Thursday.

"Looking ahead, China's key policy challenge is to manage trade-related headwinds while maintaining efforts to limit financial risks," the bank said its latest assessment on the world's second-largest economy.

Consumption will remain the main driver of China's economy, as weaker credit growth weighs on investment and slowing global demand and higher US duties on Chinese good take a toll on the country's exports, the report said.

To stimulate the economy, China could focus its fiscal policy on boosting household consumption rather than public infrastructure and further reduce corporate taxes, the World Bank advised.

CFOs in China are not optimistic about the country's economic growth in 2019 either.

According to a Deloitte survey, 82% of CFOs in China said they are less optimistic about economic prospects than they were six months ago--a 52 percentage point increase from six months earlier--with rising trade protectionism seen as biggest risk.

In this 2018 Q3 survey conducted between September and November with the participation of 108 senior corporate executives, 56% of CFOs indicated that say they have already been hit by trade tariffs while only 38% expect to meet their revenue targets.

"There has been a sharp shift in sentiment," says William Chou, National Managing Partner of Deloitte China CFO Program. "The bright spots of six months ago, including several economies that were doing better than expected, have faded. It's no surprise sentiment among Chinese CFOs has declined given goods flow between China and the US have borne the brunt of trade measures."

The ongoing trade war and the prospect of economic turmoil—cited by 27% of respondents as the second biggest area of concern—have managed to put technology to the back of Chinese CFOs' minds, said Deloitte.

Not even a single CFO surveyed views disruptive technologies as a concern, down from 10% in Deloitte's Q1 survey, Chou observed.

"With no immediate agreement for tariffs, Chinese stock markets struggling, and the prospect of pressure from government policies, it looks like CFOs are right to be negative, Chou noted. “However, China and the U.S. are striving to resolve their trade issues. If they can eventually reach an agreement, business sentiment will quickly improve."