Will US and China Drop Tariffs this Year? 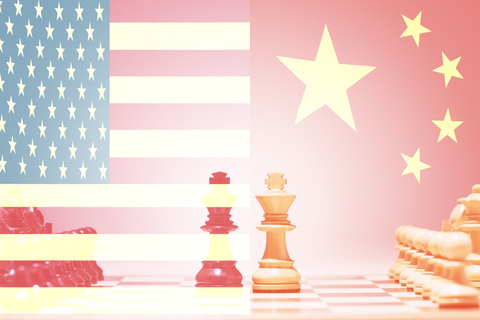 Citi analysts said the US and China might drop tariffs imposed in the past year.

The bank was quoted in a CNBC report on Tuesday as saying in a statement that "a significant U.S.-China breakthrough in trade talks — suspension of tariffs and more conciliatory tone than expected — would be a plausible macro surprise."

Some of the reasons for optimism include China's deteriorating trade data and domestic pressures on the US president such as his sensitivity to the performance of the US stocks, the report quoted the bank as saying.

In addition, the US might impose investment restrictions and legal maneuvers instead of tariffs to tackle its conflict with China when it comes to technology.

However, the White House rejected a trade planning meeting with Chinese counterparts this week due to outstanding disagreements between the two countries over the enforcement of intellectual property rules, according to a CNBC report on Wednesday.

A meeting between the two sides for resolving trade differences before the March 1 deadline was called off, the report quoted a source familiar with the situation as saying.

Trump said he will reinforce punitive tariffs on roughly half of all Chinese exports to the US if the two countries fail to come up with a permanent solution.