Will there be a Recession in the US soon? 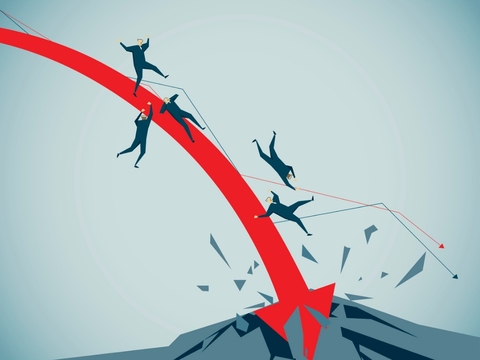 Will there be a Recession in the US soon? This question has been pondered and debated by many. Of late, the yield curve was inverted again after early December last year, sparking recession fear.

However, what has been inverted since last Friday was the curve between the US three-month note and the 10-year note.

The last time it happened was more than a decade ago, seen as a signal that a recession may be coming.

According to a study by the San Francisco Fed, yield curve inversion has correctly signaled all nine recessions since 1955 and had only one false positive, in the mid-1960s, when an inversion was followed by an economic slowdown but not an official recession.

In addition, a recession began 6 to 24 months after the inversion, the study says.

Let’s recap what has been said about the recession recently.

Goldman Sachs is bullish on the US economy, forecasting a real GDP of only 0.7%in Q1 but a huge stride to 3% in Q2.

This rather optimistic outlook is based on a prediction of a relatively speedy resolution to Brexit and the ongoing US-China trade talks.

The bank in a recent note to clients has made the case that the UK could end up remaining in a customs union and that Trump and Xi will sign a deal within the next few months.

In the same note, the banks added that it expects China to report decent PMI numbers next weekend to give a boost to the global market.

Besides the inverted yield curve, poor data from Germany was another signal that a global slowdown might not be far away.

But Goldman thinks the German numbers aren’t that bad and the service sector reading in particular looks fine in the country and the entire Euro zone.

While admitting that the pressure on German manufacturing is valid, the bank believes easy fiscal conditions and a strong labor market are signs of a coming upturn.

To the sharp decline in the US equities markets after the bearish bond move the Friday before, Goldman economists Jan Hatzius and Sven Jari Stehn said in the client note: “We think this is a major overreaction.”

The US has never managed to sustain a low rate of unemployment without generating imbalances that lead to a recession. This suggests that a recession is near as the US is currently at or near what economists consider “full employment”

More bullish is Fed Reserve Bank of Boston president Eric Rosengren who sees rate hike in the US as a possible next move.

He described himself as ““more optimistic” over the economic outlook than his colleagues on the policy-setting Federal Open Market Committee, he said during an interview with Bloomberg earlier this week.

Rosengren has a vote on that committee this year.

While a slowdown and a recession might be not “right here, right now”, it could come in two to three years.

INSEAD professor: A recession is near

Antonio Fatas, Professor of Economics and The Portuguese Council Chaired Professor of European Studies at INSEAD said earlier this week that a recession is near in the US but didn't specify when that might happen.

“The US economy has never managed to sustain a low rate of unemployment without generating imbalances that lead to a recession,” Fatas noted. “This suggests that a recession is near as the US is currently at or near what economists consider “full employment”.

In his research paper, “Is Full Employment Sustainable?”, he uses quantile regressions to understand how the low level of unemployment is associated with recessions.

“The pattern of US unemployment and recessions suggests that low levels of unemployment are a strong predictor of sudden increases in unemployment, associated with crises,” Fatas pointed out. “We don’t observe in the data any sustained periods of low unemployment.”

But why is full employment in the US unsustainable?

“Recessions follow periods of low unemployment because imbalances are built during those years,” Fatas said.

Underpinning academic literature that analyses the factors leading to a recession are two sets of variables – macroeconomic imbalances like inflation and those associated with financial imbalances, which often arise in a booming economy.

Examining the data further, Fatas found that low unemployment doesn’t necessarily signal a recession, but is a contributor to financial imbalances: credit growth.

“Out of the imbalances we’ve considered, credit growth seems to have the strongest explanatory power,” he said.

Fatas also pointed out that the pattern isn’t present in all countries.

There was an average of 6.6 months from the Fed’s last rate increase in a hiking cycle to its first rate cut

When would the Fed cut rates?

Though a recession might not hit now, a slowdown is widely expected. The IMF has downgraded its 2019 US growth forecast by 0.2 percentage point to 2.5%.

Now the question is: when the Fed would start to cut rates?

LaVorgna was quoted in a recent CNBC report as saying that there was an average of 6.6 months from the Federal Reserve’s last interest rate hike in a hiking cycle to its first rate cut.

However, he also pointed out that the amount of time between hike and cut has become longer, according to the report.

There was only one month from the last tightening in August 1984 to the first easing in September 1984, he said, adding that this was followed by a four-month window succeeding the July 1989 increase in rates, he observed.

The latest round of rate hike was in December. Last week, the Fed indicated there would be no more hikes this year, expecting one more increase next year.

But the fed funds futures market has quickly moved to price in a full-fledged 25 basis point easing, or cut, for this year, LaVorgna was quoted as saying, adding that the market’s saying it’s going to happen in December.

There are three conditions under which the Fed would cut rates, the economist was cited as saying.

First, the economic rebound after the Q1 slump would have to be weaker than anticipated.

Secondly, there have to be signs that inflation is undershooting the 2% target or even slower.

Thirdly, the Fed sees a tightening of financial conditions, with stock prices under pressure and credit spreads widening.

LaVorgna doesn’t believe the US economy performed well in Q1 and Q2 wouldn’t make much improvement.