Rupee at New Record Low: Will India’s Central Bank Save the Currency? 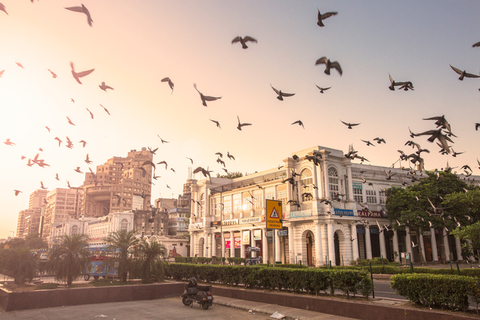 Indian rupee hit a series of record lows since 1998 in the past two months, weakening to a fresh record low of 73.4025 on Wednesday.

The currency has plunged about 14% against the US dollar this year on the back of higher US interest rates.

While the Reserve Bank of India is widely expected to hike interest rates this Friday, there are speculations that the central bank might leave the rupee to depreciate.

“RBI will probably stay put in the upcoming meeting, in contrary to consensus," analysts from Mizuho Bank wrote in a note on Monday. "RBI does not appear to be inclined to lift rates just to protect (the Indian rupee) unless there is clear evidence that a weaker currency has pushed up imported inflation."

The stability of Indian’s financial institutions is what hinders rate hikes in the country, according to the analysts.

While the Indian government has taken control of non-bank lender Infrastructure Leasing and Financial Services (IL&FS) after getting an approval from the Insolvency & Bankruptcy Court in Mumbai, other non-bank lenders—also known as shadow banks—might struggle in the shadow of the incident as investors steer clear of the sector by selling bonds and stocks of the sector.

According to Reuters, there are more than 11,400 shadow banking organizations with a combined balance sheet worth about 22.1 trillion rupees (US$304 billion) while their loan portfolios have grown at nearly twice the pace of bank.

Prakash Sakpal, economist, Asia at ING said that even a hike of 25 basis points is unlikely to help save the rupee, adding that the central bank will need to do more but that looks unlikely on the grounds of on-target inflation and stress in the financial sector.

The rising oil price is also a huge challenge facing India as a major crude importer, resulting in a higher current account deficit.

Headache of the central bank

A series of rate hikes might help, but India would need to strike a balance between economic growth and rising inflation.

India's growth is expected to moderate from now until 2019, said ING's Sakpal. “While the country’s GDP growth is estimated to go beyond 7% this year, the downside to raising rates may be a slowdown in growth.

The country's GDP growth is expected to go past 7 percent this year, but the downside to raising rates may be a slowdown in economic growth.