Will China Continue Its Reforms in the Coming 2016-2021 Five-Year Plan? 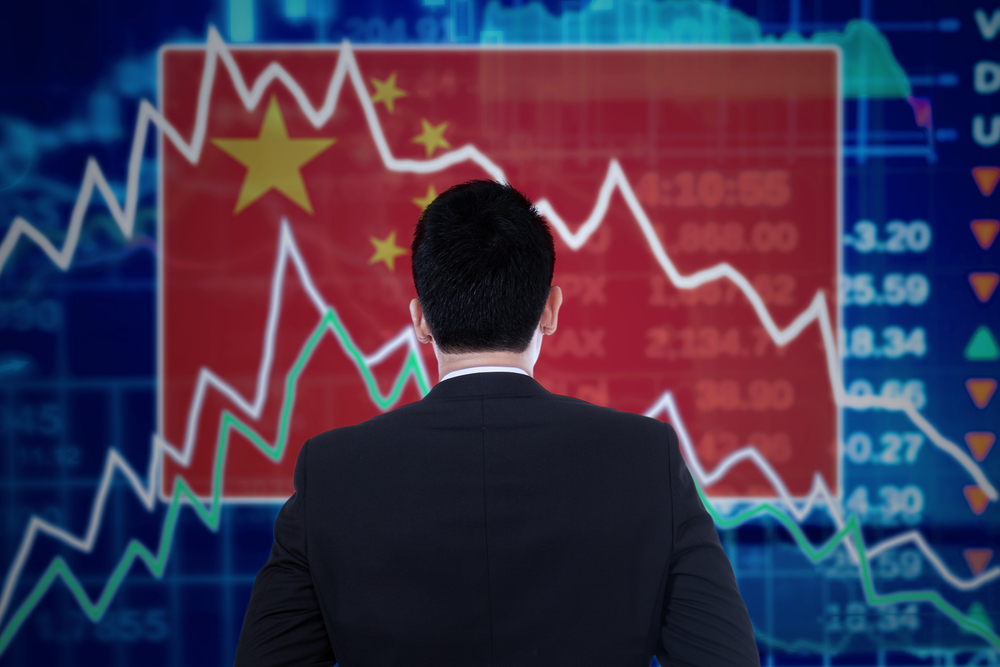 Markets and observers have become more concerned about China’s reform program this year partly because of the heavy handed but failed attempt to support the stock market. Some also worry that the anti-corruption campaign and other more political objectives, such as raising the profile of China internationally, may have taken priority over market-oriented reforms.

Here we take a step-back and look at the overall reform process from a medium-term perspective. First, we evaluate progress on structural reforms made during China’s 12th Five-Year Plan (2011-15), which is coming to an end.

And second, we assess the prospects for structural reform over the coming years as preparations for the 13th 5YP (2016-20) are in full swing. We also review the outline of the Party’s proposal for the 13th 5YP released in end October.

The government has reduced “red tape” and entry barriers for private companies. There has also been progress in pricing and taxation of resources

Meeting these objectives was meant to help achieve other, more specific key objectives. These included sustaining robust growth, improving living standards, as well as reducing inequality, especially between cities and the country side, and mitigating environmental degradation and pollution.

During the last five years, reform progress has been mixed, with headway the strongest in areas where the political economy is more favorable.

The government has reduced “red tape” and entry barriers for private companies. There has also been progress in pricing and taxation of resources, with further plans announced in October 2015. There are however, also been steps in the opposite direction. Amid major excess capacity and price pressure, several aluminum producers were still able to negotiate lower electricity tariffs with local governments in early November, which will further accentuate supply and price pressure.

There have also been several steps in the financial and monetary area. The People’s Bank of China (PBoC) has introduced deposit insurance and removed floors and ceilings on lending and deposits interest rates. However, China is still far from having an interest based monetary policy setting, as the PBoC is not setting or underwriting a specific short- term interest rate. The authorities have also taken steps to develop and deepen the bond market, introduce more flexibility in the exchange rate regime, and open up the capital account to financial flows.

The prominence accorded to RMB internationalization as a policy objective has influenced the financial and monetary reform program by putting pressure on the schedule to open up the capital account to financial flows. It seems to have paid-off in that the RMB will very likely be included in the SDR basket of reserve currencies of the International Monetary Fund on November 30.

In any case, the experience in recent years has shown that reform progress is slowest in areas where the political economy is the most difficult. Although the current leadership has more clearly put its own stamp on the administration and policymaking than its predecessor, key aspects of China’s governance system have not changed.

There remains a need to make compromises amid vested interests and opinions. And while key decisions can, in principle, be pushed through, that comes at a political cost. Therefore it tends to happen only with issues that the leadership feels most strongly about.

The SOE reform plan released in September 2015 was not well received by investors, who were disappointed by the emphasis on SOEs as pillars of China’s economy

That is in part why there has been limited progress with reforms in areas where vested interest resistance is most successful, such as:

The outlines of SOE reform are starting to emerge. We have seen steps to allow private capital to enter SOEs and towards better SOE governance, mainly in response to financial strains among many SOEs.

The SOE reform plan released in September 2015 was not well received by investors, who were disappointed by the emphasis on SOEs as pillars of China’s economy, making SOEs stronger and strengthening Party control over them.

However, there are potentially some positive elements in the SOE reform outline.

It remains to be seen how hardening budget constraints, better separating the state from the market and levelling the playing field for SOEs will be implemented, given the tension between the different objectives. Nonetheless, SOE reform may gain speed in the coming years now that the general framework is out and excess capacity problems in heavy industry are rising.

In favorable circumstances, 6.5% annual growth in 2016-20 is achievable. However, cyclical conditions may be much less favorable, requiring significant stimulus efforts if the lowered GDP target is to be achieved

In the fiscal area, we have seen a substantial increase in fiscal spending on health, education and social security. Also, a framework to better classify and regulate local government debt was introduced. And there has been some movement on liberalizing the “Hukou” registration system and improving the access of migrants to public services in the cities where they live.

This includes a recent outline on Hukou reform from the central government. However, there is still a lot to do on reform of the inter-governmental fiscal system. Indeed, material Hukou reform cannot really take place until local government expenditure responsibilities and revenues are better matched.

What we have not seen yet is significant progress in rural land reforms. That said, leasing out the usage rights of rural land is becoming more common and this will help the consolidation of land and mechanization of agriculture.

Looking ahead: The 13th Five-Year Plan

Following the 5th Plenum of the Communist Party of China (CPC) at the end of October, a Communique summarized the Party’s proposals for the 13th Five Year Plan. The Plan will be submitted to the National People’s Congress in March 2016.

It is no surprise that the overall objectives of the 13th Plan are in line with and build on those of the 12th Plan: rebalancing of the pattern of growth towards services and consumption and upgrading the industrial structure.

According to the Communique, the 13th Plan should help make China “moderately prosperous”, with “medium to rapid” growth continuing, lower poverty and better social welfare, environment and governance.

Growth (“development”) remains the top priority. Policymakers officially noted that 6.5% GDP growth in 2016-20 would be enough to meet the existing target of doubling GDP between 2010 and 2020. That was a strong hint that the growth target for the 13th Plan will be set at 6.5%. Prime Minister Li Keqiang basically confirmed this later on in a speech.

The leadership argues that solid growth is required in order to pursue reform. It is true that painful reforms, such as closing down unprofitable SOEs, are easier at a time of firm growth. But by insisting on growth targets set previously, it may be harder to make meaningful progress on reforms.

Economic growth depends strongly on the state of the global economy and business confidence and organic growth in China. In favorable circumstances, 6.5% is achievable, since GDP per capita of 14% of the US level implies in principle that China can still benefit from robust catch up growth.

However, cyclical conditions may be much less favorable, leading to weak organic growth. Under this scenario, achieving around 6.5% GDP growth in the coming five years may require significant stimulus efforts. Thus, insisting on meeting previously set growth targets can detract attention from reform and reduce the appetite for reining in credit growth and reducing excess capacity, as has been illustrated in 2015.

There is a lot of emphasis on innovation. To meet such growth targets, the leadership emphasizes measures to upgrade the industrial structure such as boosting innovation, R&D and the internet.

The Communique states that “innovation is the first driver of development and it must be placed in the core of the overall national development.” The communique devoted a large section to what China needs to do in various areas to encourage more innovation.

Families will be allowed to have a second child. This will raise the number of newborns in the coming decades, although the experience with partial relaxation in recent years suggests that the impact will be modest

With regard to the objective of upgrading of the industrial structure, there is a section on “construction of a new industrial system”, calling for the implementation of the “Made in China 2025” strategy. While this section contains several sensible tasks for the country, and the government, there is a risk that this is translated by policymakers into overbearing industrial policy.

The Communique calls for deepening of SOE-related, fiscal and financial reforms as well as further price liberalization. The language on SOE reform is in line with that of the SOE reform outline discussed previously, with the same tension between key objectives.

The Communique calls for “acceleration of the formation of a unified, open, competitive and orderly market system … [and] establishment of a fair competition safeguards mechanism.”

This suggests a focus on delineating clearly the role of the state and the market and levelling of the playing field between SOEs and other firms. However, it also calls for “encouraging public ownership” and “reform of SOEs and the state-owned economy to enhance its dynamism, dominance [and] influence.”

Given the tension between these objectives, it will only become clearer in the coming years where this leads to on balance.

Rebalancing of the pattern of growth towards more consumption is meant to be supported by policies to increase employment and wage growth, expand public services and further develop the service sector.

The objective of “green development” is more prominent. The leadership proposes continued cuts in the emission of CO2 per unit of GDP and a rise in the share of non-fossil energy. However, there was no language confirming earlier speculation that, having relied on targets in terms of improvements in efficiency, China may be ready to move to absolute caps on emission and energy consumption.

In the area of social welfare, poverty reduction and equality, the Communique calls for pulling the remaining 70 million poor people above China’s poverty line. This is broadly comparable to the World Bank’s $1.90 per day at 2011 PPP prices.

The government plans to offer free high school education for children from poor families and improve the social safety net. It calls for universal coverage for a pension and serious illness insurance by 2020 and national pooling for the basic pension, financed by the transfer of state-owned capital to the national social security fund.

The call for more opening up and going global will be supported by a switch to a negative list for FDI, further opening up of the service sector, the “one belt, one road” initiative as well as more pro-active participation in international cooperation and global economic governance.

China will end the one-child policy. Families will be allowed to have a second child. This will raise the number of newborns in the coming decades, although the experience with partial relaxation in recent years suggests that the impact will be modest. Indeed, fertility rates in neighboring countries are not much higher than in China.

Overall, the communique on the leadership’s proposal for the 13th Five-Year Plan suggests that it will build on the 12th Five-Year Plan. That is, supporting a rebalancing of China’s economic growth and upgrading of the industrial structure.

There is in principle promising language on key contentious reform areas such as SOE and fiscal reform. We will find out in the coming years how reform is balanced with other objectives of the leadership.

Louis Kuijs is Head of Asia Economics at Oxford Economics. This article is excerpted from China: The Structural Reform Agenda and the 13th Five-Year Plan, a report published on 17 November 2015.