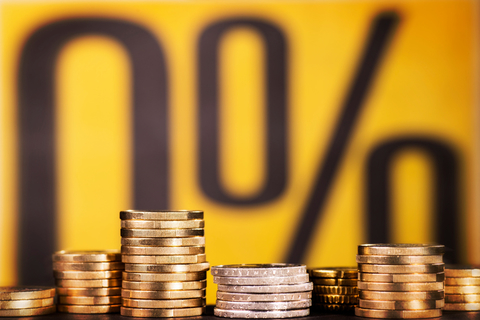 While central banks in Asia Pacific differ in their responses to Fed hikes in the year, they are expected to steer their economies to a gentle landing even when they can’t raise interest rates now, said Natixis recently .

The ones that have followed the Fed including Indonesia, which has done with 150bps rate hikes and the imposition of import duties, the investment bank noted, expecting that those actions would narrow the country’s current account deficit in 2019.

According to the Natixis Monetary Condition Index (NXMCI), most Asian countries—except China which has cut the reserve requirement ratio by 250bps, South Korea, and Australia—tightened in September versus August.

The reasons why countries continue to ease

Some of the reasons why countries continue to ease despite a more Hawkish Fed include having the means to do so as they don’t need foreign funding, having an economic structure that's synchronized with the US or being unable to stomach tighter monetary conditions, Herrero observed.

“In short, we don’t expect Asian central banks to stand idly by as the price of USD rises and will do what they can to help to steer their economies to a gentle landing,” said Herrero. “They are well armed with appropriate ammunition thanks to lessons from the Asian financial crisis, which have caused them to be vigilant with reserve management, external debt exposure and gradual liberalization of the capital account. “

Indonesia and the Philippines are likely to be the only ones that follow the Fed most closely because they have relatively low level of debt and require foreign financing, she added.

According to Natixis,  although all Asian currencies—except the Japanese Yen—has weakened versus the US dollar year-to-date, not all the REER has depreciated as other trading partners weakened more and inflationary pressures differ.

The REER, said Natixis, is a trade-weighted FX adjusted for relative inflation and real interest rate (RIR), which is money market rate minus headline inflation.

In Asia, Australia is easing by both the REER—which means a relatively weaker currency—and real interest rate, the investment bank said, adding that such measures help both the domestic and external sectors.

On a RIR basis, Australia, the Philippines, Thailand, Taiwan, South Korea, China, and Hong Kong have loose monetary stance, the bankpointed out.

High level of leverage is a key reasons why Australia, China, and South Korea can't follow the Fed, Herrero said.

In the past five years, China added 60% of GDP to raise its debt ratio to 261% and most of this came from non-financial firms and households, in which the debt structure is heavily skewed towards corporate debt, where it is primarily dependent on short-term funding, she noted.

“That rapid growth rate of leverage is the highest among emerging markets, which means that Chinese corporates can’t stomach significantly higher funding costs, unless their earnings rise materially,” she said.

At the opposite end of the spectrum is Indonesia—the least indebted country that has a low level of leverage, according to the bank.

“As such, Bank Indonesia can comfortably hike rates without significant downside risks to the economy as its capital market is much shallower than other countries. What that means is:  the transmission of monetary policy to the economy is rather lagged,” Herrero said.

India is also likely to stomach higher interest rates because it had a contraction of credit since 2013, which means it is coming from a low base, Natixis pointed out.