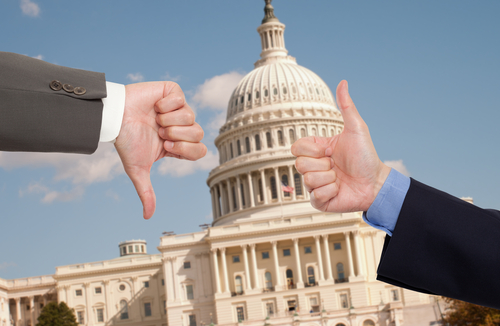 It’s budgeting time for most companies in Asia, an exercise that requires inputs such as interest rate movements during the budget year. And a biggie is coming up in 2015, according to economists at Bank of America Merrill Lynch.

The bank forecasts a 25 basis-point increase in the United States by June 2015 from the current zero-to-0.25% policy range. “We then expect the Fed to hike at every other meeting in 2015 and 2016, bringing the funds rate to average 3.5% in the long run,” write the bank’s analysts in a new report.

Bank of America is a pretty decent forecaster, so many companies are taking its forecast seriously. But what would such an increase mean for Asia and its companies?

For at least one market, Hong Kong, the implication is clear. Its banks will have to increase interest rates as well, because the Hong Kong dollar is pegged to the US dollar. So the cost of doing business is going to go up, particularly for enterprises with large bank borrowings.

For other economies, the impact is more mixed. The winners, according to the Bank of America economists, would be the “Asian exporters,” which include Korea, Malaysia, Singapore and Taiwan, and the manufacturing companies that sell into the US.

To forecast what may happen, Bank of America looked back at past episodes of rising US Fed fund rates and examined the behavior of Asian economies and financial markets during those times. There were three such periods:

“Asian exports and growth typically strengthened during the past three episodes of US Fed rate hike cycles,” the bank notes in an October 3 report. That’s because rate increases are associated with stronger GDP growth in the US.

GDP growth in Korea, Malaysia, Singapore and Taiwan is typically strong when the US Fed Funds rate increases (shaded areas) 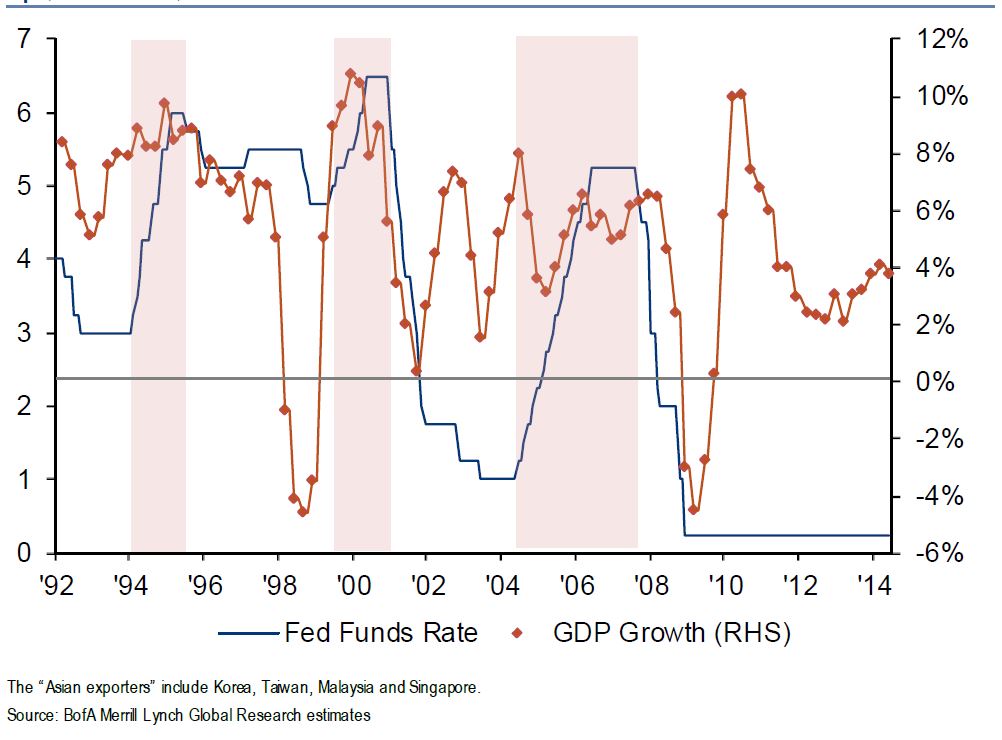 But the GDP improvement in the Asian exporters may not be as strong this time around. Asia’s sensitivity to US GDP growth “appears to have fallen compared to the past,” says Bank of America.

One reason is the fall in the US share of the global economy, from 33% in 2001 to about 23% last year. At the same time, China’s share has climbed to about 12%. So even if US GDP growth improves – Bank of America forecasts 3.3% expansion in 2015, a full percentage point higher than its 2.3% forecast this year – the impact on the exporters may be more muted because of China’s economic slowdown.

Describing 2014 as the “US +1%, China -1% year,” the bank estimated the effect on Asia of the acceleration and slowdown in the growth of the world’s two largest economies (see table below):

Asia sensitivity to US and China growth 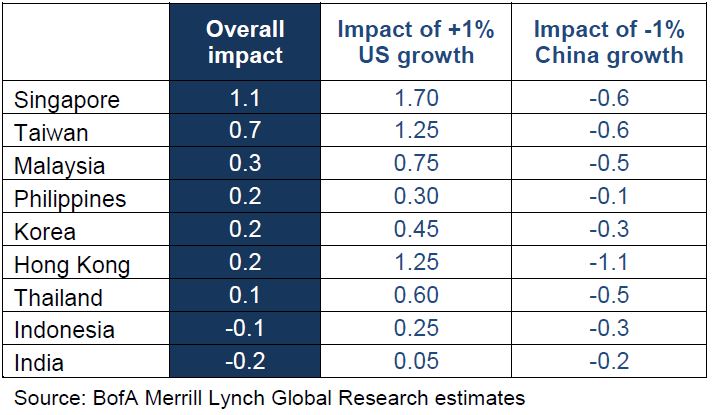 In this estimation, Singapore would have grown an additional 1.7 percentage points on the back of forecast incremental +1% growth in the US this year. However, China’s GDP expansion this year is forecast to be lower than last year’s 7.7%. If the difference turns out to be -1%, it would shave -0.6% off the US effect, leaving Singapore to grow by an additional 1.1% instead.

That’s not so bad, but rival Hong Kong would be more severely affected because it is tied more tightly to China. Bank of America estimates that a -1% fall in GDP growth in China would translate into a hefty -1.1% decrease in Hong Kong’s growth, negating a big portion of the estimated 1.25% it would have gained from a 1% incremental growth in the US.

“We are penciling in a modest recovery in most Asian economies in 2015, providing some support to Asian growth, trade balances and currencies”

The net impact of the divergent US-China growth may be beneficial for Singapore, Taiwan and Malaysia because they are electronics exporters, but negative for commodity exporters Indonesia (coal, palm oil) Thailand (rubber, food), and to some extent Malaysia (palm oil).

“The positive impact from firmer US growth (which benefits manufacturing exporters) [could be] partly negated by weaker China growth (which hurts commodity exporters),” reckons Bank of America. The main mode of transmission would be import demand for goods in the US and for commodities in China.

Reflecting the accelerating pace of its GDP expansion, imports by the US are on the upswing so far this year, even as Chinese imports are decelerating (see chart below). 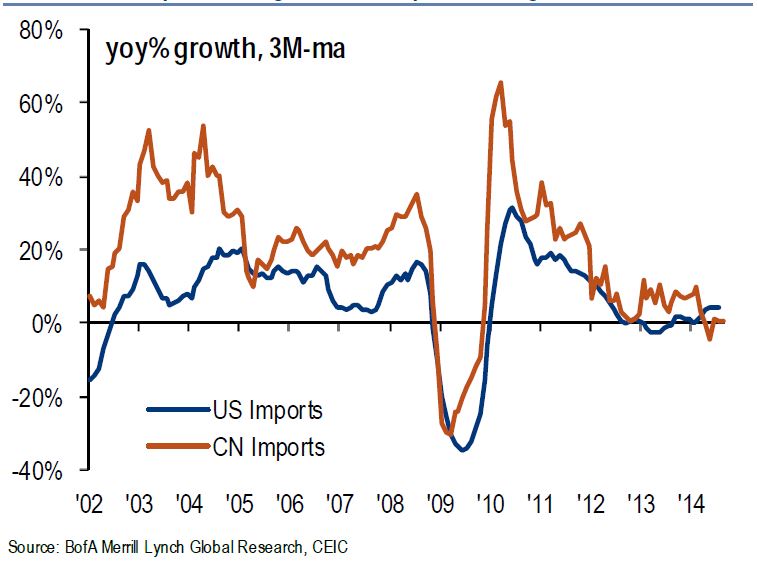 Bank of America also looked at how Asian currencies and financial markets behaved during the past rate-hike cycles. The correlations it found paint a mixed picture. “Asia FX appreciated by about 5% during the early phase of the 2004-07 Fed rate upturn, but was largely flat in the 2009-11 episode,” says the report.

“How Asia fares will largely depend on how strong the US economic recovery will be in the coming years, as the Fed normalize interest rates,” Bank of America sums up.

Also to look out for will be whether the positive impact from a recovery in the US will be offset by the economic slowdown in China and Europe.

“We are penciling in a modest recovery in most Asian economies in 2015, providing some support to Asian growth, trade balances and currencies,” the report concludes. “This is predicated on stronger US GDP growth of 3.3% in 2015 (vs. 2.3% in 2014).”

The wild card here is China’s economic slowdown and the weakening commodity prices, including oil. If these persist into 2015, warns Bank of America, they may weigh on the commodity exporters, including Indonesia and Thailand.