What Rodrigo Duterte Presidency Will Mean for the Philippines 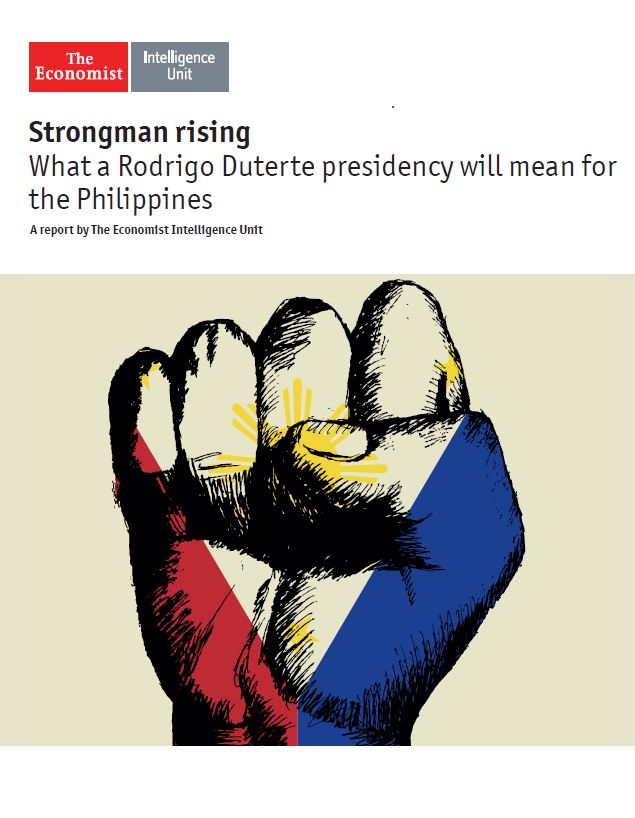 This report from The Economist Intelligence Unit (EIU) looks at possible economic scenarios for the Philippines under Rodrigo Duterte's presidency. Duterte possesses a successful track record in reducing crime while being the mayor of Davao city. However, his methods have been doubtful.

The most likely scenario is that Duterte will be so focused on fixing the domestic law-and-order that he will leave the management of the economy to technocrats. Although economic growth is set to slow down, Philippines will still claim one of the highest rates of real GDP growth in Souteast Asia.