Visual Intelligence: A New CFO Tool for Due Diligence and Forecasting 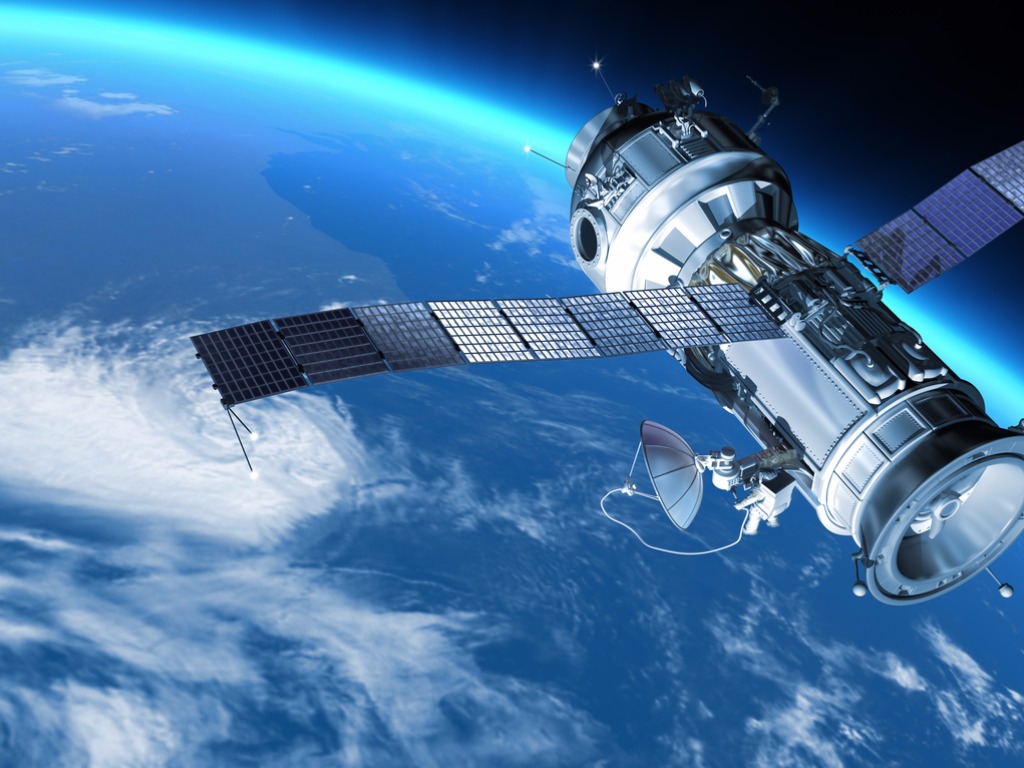 Even before Hurricane Harvey dumped 24.5 trillion gallons of rainwater on Texas in August, the data crunchers at UK-based research consultancy Geospatial Insight were already at work. It was clear that the Category 4 cyclone would be incredibly destructive, and that meant Geospatial’s insurance clients would need the latest data to estimate how extensive the damage was – information that corporate and individual customers would also need to support the eventual claims they would make.

Visual intelligence helps potential acquirers confirm that a factory exists, for example. Satellite and aerial tracking can also establish where a container ship is at any given moment, and monitor the movement of cargo

Geospatial is uniquely placed to deliver accurate data, says CEO David Fox, because of its “strong relationships with all the key commercial satellite data providers” as well as its access to “all data that is openly available through national space programs such as NASA and the European Space Agency.” Geospatial also uses information gathered by aerial survey partners and drone operators, and data from automated scraping of social media feeds such as Twitter.

The result: regularly updated visual intelligence on Geospatial’s dedicated customer portal for clients to use as they estimated losses and payouts from the disaster and modelled the impact on the bottom line, forecasts and strategy – a key function of the CFO and the finance team. In Texas, the information included high-resolution imagery from a Midas 5 camera carried by a light aircraft that Geospatial commissioned to map the most affected region.

The many uses of visual intelligence

Mapping Hurricane Harvey’s wrath is just one of the many applications of visual intelligence. Beverley Adams, head of Catastrophe Planning and Response at risk advisory Guy Carpenter, recalls how the re-insurance industry was blindsided by the “level of aggregation risk” in the Port of Tianjin in China. A factory explosion in 2015 had flattened buildings and homes and killed more than 170 people.

“By deploying satellites and drones over major ports, it is possible to accurately track the movement of stock and then quickly ascertain the potential for any major accumulation exposures,” says Adams.

Fox says Geospatial also helps clients with due diligence. “We have done so to validate various investments in, for example, mining stocks and particular mine sites,” he reports. Visual intelligence helps potential acquirers confirm that a factory exists, for example, and that it is humming with activity (or not). Satellite and aerial tracking can also establish where a container ship is at any given moment, and monitor the movement of cargo as it is unloaded to the port and transported to the warehouse.

Beyond tracking, Geospatial uses other tools to extract more information from images. “Alongside our proprietary machine learning algorithms, we also develop bespoke analytical software, providing unique solutions for geospatial problems,” explains Fox. “For example, Geospatial Insight has developed software that automatically calculates the capacity and fill-level of on-shore oil tanks based upon the spectral and geometric characteristics of the imagery being analyzed.”

Can the many pieces of information be stitched together to give an advance picture of GDP growth? “We can, though we don’t offer this as a service just yet,” says Fox.

In theory, economists can infer what economic activity looks like in near-real time with information gleaned from images of shipping movements, port activity, factory activity, progress of construction projects, traffic in supermarkets, shopping centers, cinemas and so on. This can supplement and validate traditional data such as employment numbers, trade figures, fixed asset investment and business confidence.

The usefulness of visual intelligence depends in large part on the clarity, accuracy and timeliness of the images, coupled with the sophistication of the analysis. In terms of raw data, Fox says Geospatial has no real problems with sourcing as it has access to more than 130 satellite platforms, including Airbus, DigitalGlobe, Deimos (Urthecast), Planet (including Terra Bella and SkySat), Space Eye, and INTERMAP.

“The approaches used are often flexible and can be catered to the task in hand and the client’s requirements, but generally leverage on our expertise in software development, machine learning and Big Data analysis”

“The number of space-borne sensors at Geospatial Insight’s disposal is growing at a rapid rate as the cost of building and launching Earth Observation platforms continues to fall,” he says. “Furthermore, some of this imagery is archived back to the 1970s. This provides a fantastic, uninterrupted record of how the Earth’s surface has changed over the past 50 years.”

Fox concedes that the satellites are unable to provide Geospatial with streams of real-time imagery and videos. “But the latency between the initial capture and delivery of analysis-ready data continues to shrink as processing and transfer protocols evolve,” he says. “For example, Geospatial Insight can access 30-centimeter resolution imagery of a target within 24 hours of it being captured by DigitalGlobe’s Worldview 3 or Worldview 4 sensors.”

Imagery at 30-cm resolution “is fine enough potentially to identify the presence of a number plate on a vehicle but not read what’s written on that number plate,” says Fox. (If the movies are to be believed, military satellites supposedly can capture finer details at higher resolutions, though Geospatial does not use military hardware.)

“This resolution is still more than sufficient for monitoring and analyzing subtle changes that occur on the Earth’s surface on a scale that would not be achievable using other airborne platforms such as fixed wing planes or drones,” he adds. “We also have access to sub one-meter resolution video captured from the International Space Station.”

Making sense of the data

After collection, the remotely sensed data is analyzed and reported to the client. “The approaches used are often flexible and can be catered to the task in hand and the client’s requirements, but generally leverage on our expertise in software development, machine learning and Big Data analysis,” says Fox.

Machine learning is especially useful in automating processing tasks such as identifying specific features in an image or distinguishing between different agricultural crops being grown. But human input is needed to kick-start the process. “There is often a significant amount of work required to transform raw satellite imagery into analysis-ready data,” says Fox. “This task often requires the input of an experienced technician.”

Human expertise is also required to train the machines to learn. For example, if the goal is to identify and classify different types of ground cover, an experienced image analyst is needed to interpret what’s in the image and generate training areas that can be fed into the algorithm.

There are times when a machine learning approach does not make sense, such as bespoke consultancy projects. “These can be one-off by nature and so the investment of time and resources into an automated process is not suitable,” says Fox. “In such situations, we will utilize proprietary methodologies derived by our analysts and execute these approaches with leading commercial geographic information system (GIS) and image processing software.”

Do clients – and Geospatial itself – run the risk of falling afoul of data privacy, national security and other regulations? “We have researched this extensively, and there are no barriers related to the use of satellite data – it is essentially ‘public data’ that anyone can access,” Fox says. But there are compliance issues around the use other surveillance machines.

“With the increasing numbers of satellites and Moore’s law driving down processing and storage prices in the cloud and so on, the costs involved are dropping”

“We are cognizant of privacy issues when operating drones, which can capture images at much higher resolution and potentially be used to identify individuals,” says Fox. “In such cases, we always smudge faces, number plates etc. to provide anonymized datasets.” The issue of data privacy is also one of the reasons why the company does not access images captured by security cameras, such as those used in traffic stops, bank ATMs, shopping centers and other public areas.

Guy Carpenter’s Adams points to other challenges. Some users may find the data access process to be time consuming and costly, and they may face difficulties in accessing specific data at the specified time they request. “Instantaneous data is also a long way off,” she says. “It still takes time to transmit to ground-receiving stations and to process the data.”

Adams highlights the importance of defining a role for visual intelligence professionals within the organization, particularly those in the insurance industry. “Companies must effectively manage widespread access to multiple data streams if they are to be converted into consumable intelligence,” she says. “This requires internal expertise.”

How much does it cost?

For Fox, however, the challenges are not insurmountable, given the pace of technology and its commercialization. “With the increasing numbers of satellites and Moore’s law driving down processing and storage prices in the cloud and so on, the costs involved are dropping, allowing space tech to finally go mainstream and for corporates to benefit,” he says.

Geospatial declines to put a monetary number on its charges. “No two clients’ needs are the same and we do quite varied work so it’s not possible to quote numbers without understanding the scope accurately,” says the CEO. “The good news is that this kind of visual intelligence often pays for itself in terms of the value derived from it. That’s why we have mostly repeat customers.”

Nothing prevents a CFO and others in the company from using Google Earth, which is free of charge but may feature outdated images, for simple tasks like confirming that construction is in progress at a certain site or that a plantation or a mine in a remote location actually exists. They can also source public data from government space agencies and crunch the data themselves.

Or they can choose to subscribe to a service offered by the likes of Geospatial Insight for bespoke projects that include access to more than 130 satellite platforms, aircraft and drones, and Big Data analytics. But as always, the CFO and the finance function will need to determine whether the upfront and hidden costs are worth the gains.